A batch of China-assisted COVID-19 vaccines landed in Islamabad early Monday, bringing both hope to Pakistan in guarding against the coronavirus attack and confidence in building a closer China-Pakistan community with a shared future. 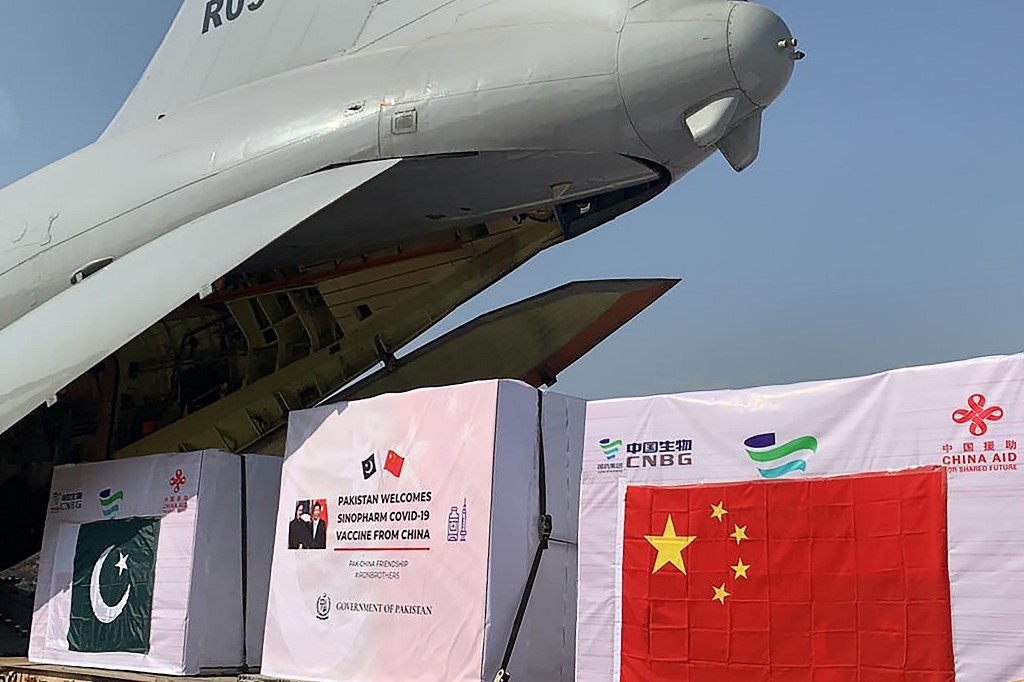 This handout picture taken on February 1, 2021, and released by the Pakistan Health Ministry, shows the first batch of Covid-19 coronavirus vaccine boxes unloaded from a Pakistan's air force plane after arriving from China at the Nur Khan military airbase in Islamabad. (Photo: AFP)

The assistance came only 10 days after Chinese State Councilor and Foreign Minister Wang Yi promised Pakistan that China will assist with vaccines and accelerate vaccines export to Pakistan.

China honored its commitment to its “ironclad” friend of Pakistan as it has pledged to make COVID-19 vaccines a public good for the whole world as soon as the drug is available.

More countries are casting their trust votes to China as they received, ordered or gave green light to the emergency use of Chinese vaccines.

Earlier in January, presidents of Turkey and Indonesia got Chinese vaccine shots and recognized its safety before launching large-scale vaccination in their countries. More recently, Hungary signed a deal to buy China’s Sinopharm COVID-19 vaccine and German officials called on the European Union to authorize the use of Chinese vaccine as soon as possible. Such recognition is built on China’s proved contribution to the global COVID-19 battle.

Well-being of the whole world

From alarming the world of the coronavirus by reporting to the World Health Organization and other countries as soon as it confirmed the outbreak, to massive lockdowns that sacrificed its economic and social normality, and to dispatching of expert teams and anti-epidemic materials to countries worldwide, China has always borne in mind the safety and well-being of the whole world from the very beginning of the anti-pandemic fight.

Now, as the first country that has effectively contained the pandemic and embarked on economic recovery, China shares its vaccines as a safe, effective and affordable public good as promised, helping other countries to save life and restore normality.

The once-in-a-century pandemic highlighted the necessity of building a community of shared future for mankind through cooperation, and once again proved that blame games and politicizing the virus only worsened the situation by creating loopholes in the world’s joint efforts of fighting back.

Not surprisingly, some Western politicians sticking to China-chiding agenda time and time again labeled China’s contribution over vaccine distribution as a bargaining chip, or “vaccine diplomacy.”

Such a superficial perception of China’s foreign policies only exposed those politicians’ narrow-minded realism thinking of international relations based on trade of interests. China, on the contrary, understands clearly that a lone wolf could not beat such a common enemy as the COVID-19 pandemic, and while calling for united efforts from the whole world, itself should walk the talk.

China has joined the WHO-led COVAX initiative to promote international cooperation on vaccines and equitable global distribution of vaccines doses.

China’s action to help the world build a safety net demonstrates a common belief within the country that if anyone is left behind in the vaccination drive, then everyone is vulnerable.