OPINIONS China fights back against US tariffs: Wish for the best; prepare for the worst

China fights back against US tariffs: Wish for the best; prepare for the worst 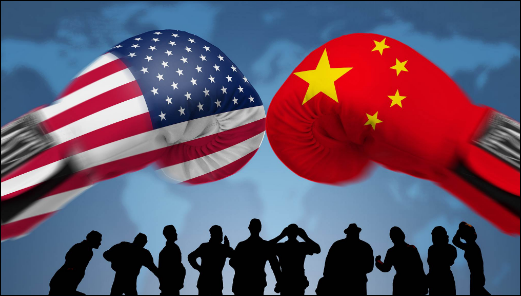 China has struck back at US President Donald Trump's continued tariff blackmail. The Chinese Ministry of Commerce announced on Friday that the country is ready to impose additional tariffs on 60 billion US dollars' worth of American goods. The tariffs will be implemented in a tiered way with different tax rates, ranging from five percent up to 25 percent.

Since Trump fired the first shot in the trade war with China under the "America First" policy, he chose to disregard the interests of global trade, and even of his own country. He has pushed China to a place where it found itself forced to fight back. But knowing that trade war could only be a lose-lose situation, China's countermeasure is well-considered and rational according to Professor Liu Chunsheng, for it has evaluated the benefits of different stakeholders including consumers, producers, importers, exporters and also the consequences on the global value chain. The substitutability of the imported goods is also an important element that has been taken into consideration, for it is an important card for China.

China is consistent in its attitude towards trade war: that the door is always open for negotiation, as it never wanted to pull the world economy into a dark and chaotic vortex. But faced with ever more serious and ridiculous demands from the US, China has to take some more flexible measures. Liu considers this strategy as "war for peace": to use short-term counter-attack to gain long-term peace.

China’s tit-for-tat actions have shown its tough attitude, which will help it gain more leverage on the negotiating table. In addition, China hopes the US would realize the importance of free trade and globalization, and to rethink its trade policy towards China when it smells the real threat, Liu added.

Talks always welcomed but not forced ones

Just as the spokesperson for the Chinese Ministry of Commerce said on Thursday, the US is playing a two-pronged strategy towards China. The US, on one side, threatened to raise tariffs on Chinese goods, but at the same time, it kept spreading the message to the world that the US will resume talks with China. According to Liu, words don't matter, but actions do. The trade war may not end in a short time; therefore, China should be well prepared. China will never close its door to talks, but it will also not be pressured.

"We wish for the best and prepare for the worst," said Liu.