OPINIONS China has a big role to play: ICRC official

China has a big role to play: ICRC official

Beijing (People’s Daily) - In response to the spiking humanitarian needs, the International Committee of the Red Cross issued its highest ever annual appeal, with an increase of 5.5% over the 2020 budget. In his interview with People’s Daily, Jacques Pellet, Personal Envoy of the President for China and Head of the ICRC Regional Delegation for East Asia, explains the humanitarian threats facing the world and the cooperation plans between ICRC and China to address the current global crisis. 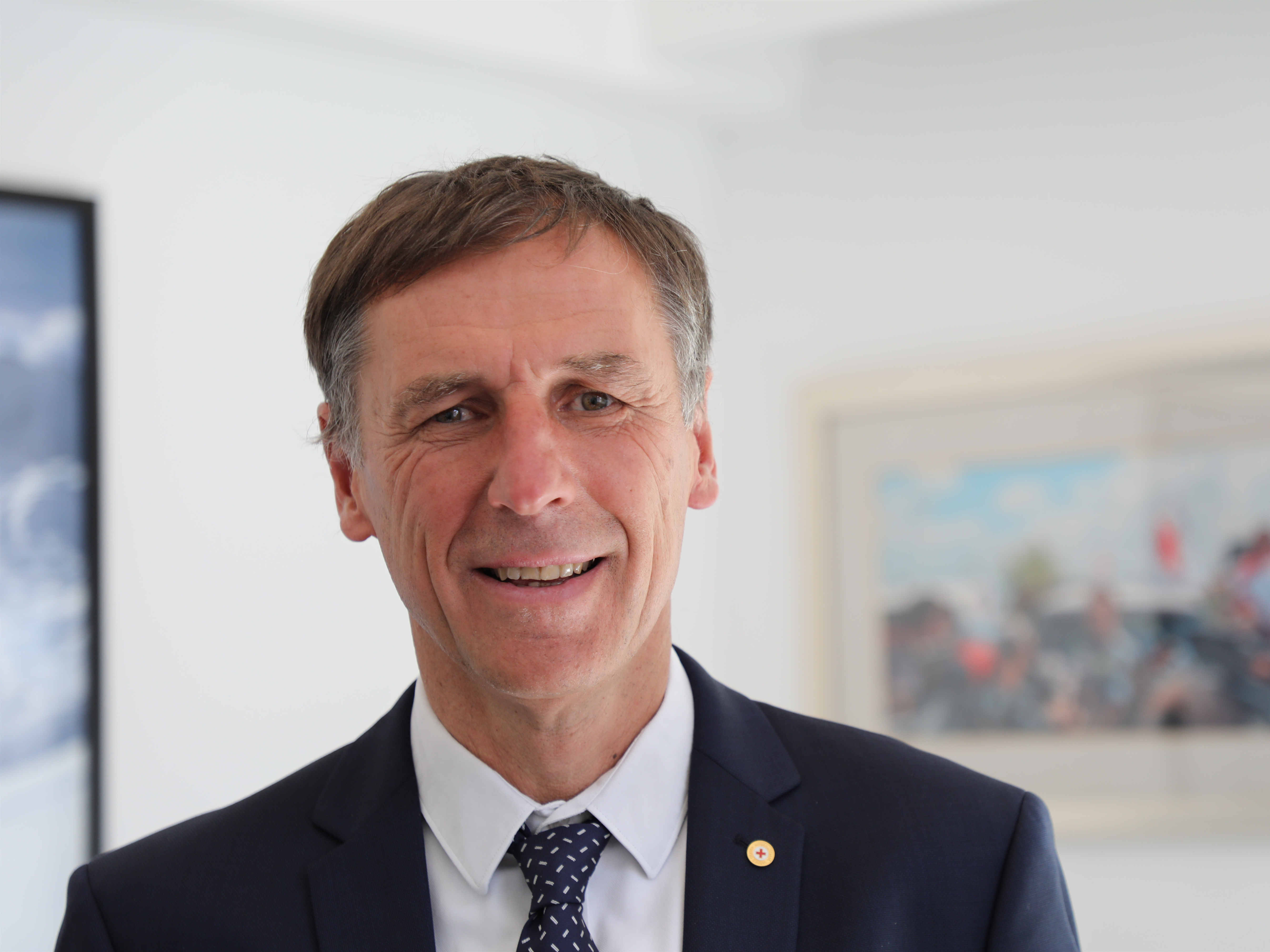 Speaking of the humanitarian threats at present, Pellet said that over the past decade, the ICRC budget has almost doubled, which reflects the growing humanitarian needs. “There are over 100 ongoing armed conflicts across the world while the COVID-19 pandemic poses another layer of threat to the vulnerable populations in fragile contexts. In 2021, 239 million people will need humanitarian assistance and protection,” Pellet said, adding that this is already the highest figure in decades.

Pellet stressed that amid the alarming humanitarian crises and increasing needs, a key challenge for humanitarian actors in 2021 and beyond is to maintain and acquire the funds necessary. “For that, we would expect more support from countries like China, both politically and financially.”

Pellet said China has one of the largest diplomatic networks. Its voice and actions can have a great impact on humanitarian affairs. “We are in contact with China for collaboration on various fronts, on Africa for instance. This increased engagement reflects China’s key role in the world and its increasing influence on global affairs and governance.”

Over 40% of the ICRC’s budget will be spent on activities across the African continent this year. Pellet pointed out that ICRC has been engaging with Chinese authorities and representations abroad to obtain China’s support in assistance programs in fragile contexts in Africa as well as in countries along the Belt and Road initiative. ICRC is looking for more engagement through multilateral platforms such as the Forum on China-Africa Cooperation.

“The ICRC is keen to engage with companies operating in conflict and fragile environment in their efforts to do no harm and to practice their corporate social responsibility. We have concrete connections with some Chinese companies overseas,” Pellet said as an example. In 2019, a Chinese company that was commissioned through a bidding process by the ICRC and the Ministry of Water Resources in Borno State, Nigeria, completed a water project with a daily capacity of 9 million liters in Borno’s capital Maiduguri. “That greatly improved access to water for 150,000 people, including residents and internally displaced people.”

In his opinion, the nature of today’s humanitarian crises is increasingly complex. Humanitarian relief, development programs and peacekeeping are all needed at the same time, in the so-called Humanitarian-Development Nexus. He believes China, as the world’s second largest economy, has a big role to play in this regard.” China has earlier funded ICRC programs in Syria and Nigeria, which contributed to improving the livelihood of those affected by war and helped stabilize the local situation. These elements can contribute to its development.” Pellet stressed ICRC is expecting that such support and collaboration could continue on a regular ongoing basis.

“China’s global response to fighting the pandemic by providing assistance worldwide shows the important role China can play in dealing with global challenges and shaping its relationship with the outside world,” said Pellet, stressing that many of the places that receive China’s assistance are also contexts where the ICRC carries out its humanitarian activities and ICRC has seen a positive development in China’s multilateral engagement and in its understanding of the importance of the role of organizations such as ICRC. Pellet hopes in that respect, the recently released white paper, China’s International Development Cooperation in the New Era, will open new windows of opportunity for further cooperation.

Pellet also mentioned China’s successful control of the virus and the fight against extreme poverty. He believes China’s experience can bring interesting aspects for other countries in need of humanitarian assistance.

He said the idea of humanity transcends cultures, nationalities, races and religions. Vulnerable communities and people affected by armed conflict and violence should be assisted based on their needs and this assistance. Humanitarian programs should be carried out without discrimination or bias. He understands the concept of “a community of shared future for mankind” as China’s desire to actively contribute to the well-being of the world population through cooperation. “We are now facing a vicious circle. Conflicts and violence remain one of the main causes of poverty throughout the world, but similarly, increasing poverty further fuels violence and conflict. More than ever, the ICRC needs China’s support to address the needs of people affected by armed conflict and increase their resilience,” Pellet said.