BEIJING, June 6 (Xinhua) -- Twenty-one-year-old Anupat Tiprat is getting closer to his "train driver" dream thanks to China-Thailand railway cooperation. 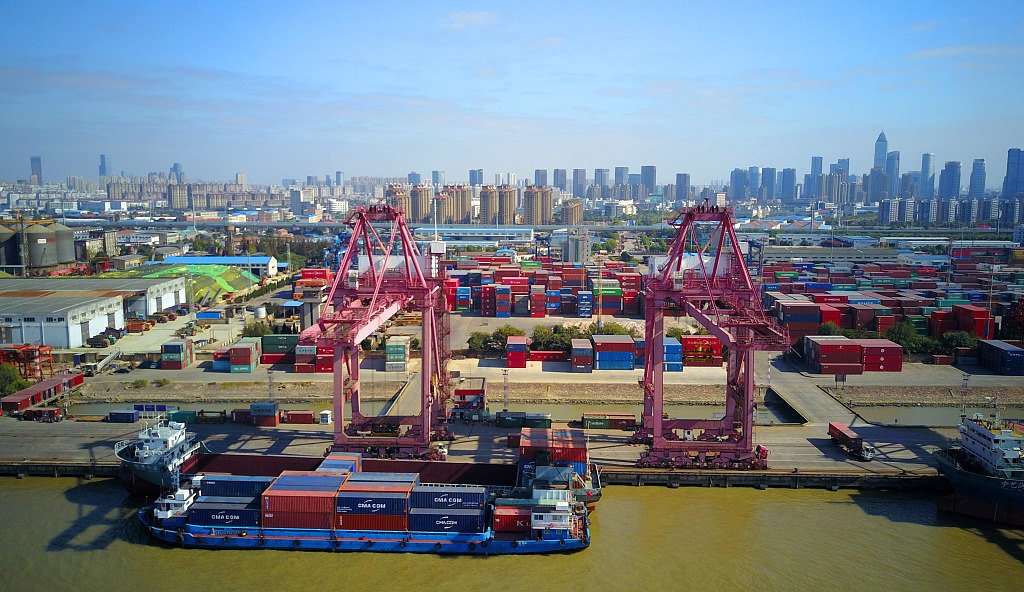 Tiprat is among millions around the world who bear witness to China walking the talk on its pledge to seek common prosperity with others.

In a world disturbed by anti-globalization sentiment, China has delivered on its commitment to openness, inclusiveness and win-win cooperation, and its endeavors have won support worldwide.

While the United States is playing havoc with the international trading system, China is safeguarding free trade with its opening-up policy based on mutual benefit and win-win cooperation.

The second Belt and Road Forum for International Cooperation in April saw 283 items of practical outcomes achieved and cooperation agreements worth over 64 billion dollars signed.

The CIIE sends out a clear message about China's growing role in global trade, and "reminds us of an essential truth that trade is not a zero-sum game, where exports are good and imports are bad," said World Trade Organization (WTO) Director-General Roberto Azevedo.

According to the International Monetary Fund, China will account for 27.2 percent of world growth in 2019, compared to 12.3 percent by the United States.

"China is contributing enormously to the global economy and new technological developments," said Charles K. Armstrong, a professor with the Department of History at Columbia University.

While the United States is disrupting the international order and walking away from major international agreements and institutions, China has been devoted to improving global governance.

"It's very important to have a permanent member state of the size of China to be a champion of multilateralism in a world where the UN is a little bit under attack, just like multilateralism is," said Michael Moller, director-general of the UN Office at Geneva.

China applies itself to promoting the denuclearization of the Korean Peninsula and urging peaceful talks to solve regional conflicts in the Middle East. It is also the largest troop contributor to UN peacekeeping operations among the five permanent members of the UN Security Council.

The country has met the target of reducing carbon intensity by 40-45 percent by 2020, three years ahead of schedule, and approved more than 30 conventions and protocols regarding ecology and environment.

China has done unprecedented pioneering work and offers "a new possibility" to the world, which is abandoning "the law of jungle," hegemony and power politics and replacing them with win-win cooperation and sharing, said Martin Jacques, a professor at Cambridge University.

INSPIRER OF DIALOGUE AMONG CIVILIZATIONS

Speaking of the so-called "clash of civilizations," Ole Doring, a German expert with the Berlin Institute of Global Health, said: "I don't think it is even called a theory; it's just a wrong prediction."

Doring was not alone in this thinking. While some in the West are peddling the "clash of civilizations" theory, China has been working with others to turn its proposal of dialogue among civilizations into reality.

The recent Conference on Dialogue of Asian Civilizations (CDAC), hosted by China and themed on inter-civilizational exchanges and mutual learning, drew thousands of people from 47 Asian countries and nearly 50 countries outside the region.

Beijing hopes that such a dialogue conference will help shrink trust shortages and promote mutual understanding and friendship between countries.

The CDAC offers a solution to terrorism and extremism, said Rashid Alimov, a former secretary-general of the Shanghai Cooperation Organization.

"It gives a lot of hope and a lot of positive energy in the sense that it encourages us to go in the same direction and to push even harder on in that direction," said Moller.

China also boosts people-to-people exchanges through the Beijing International Horticultural Exhibition, which has drawn participants from 110 countries and international organizations and is estimated to attract 16 million visitors from across the world.

"Large Asian societies such as China have been places where people of many different beliefs and backgrounds have co-existed for many centuries," said Armstrong.

"It has become a catalyst for connection and exchange throughout Eurasia and beyond, in the spirit of pluralism and peaceful co-existence of different political, economic and social systems," he said.