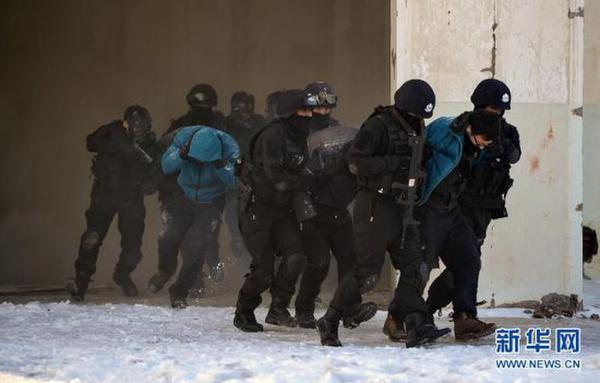 As the two-day informal meeting between Chinese President Xi Jinping and Indian Prime Minister Narendra Modi kicked off on Friday in China’s central city of Wuhan, a special co-production between China Global Television Network (CGTN) and New Delhi Television Limited (NDTV) took a look at how China and India can cooperate more closely, despite their previous disputes.

Fighting terrorism sparked an exchange that highlighted dramatic differences in perspective. Vishnu Som, the NDTV host, said India faces concerns from Pakistan, but Pakistan is an ally of China. He wanted to know how India and China can join forces to fight terrorism under such complex circumstances.

You Dongxiao, associate professor at the National Defense University, said China’s position is very clear. China opposes terrorism in any form and any region. However, he added that different countries have different interpretations of what terrorism is and which groups are seen as terrorists. He said Pakistan is also a victim of terrorism.

“Israeli and Palestinians define Hamas differently. There are some terrorism organizations in the Xinjiang Uygur Autonomous Region in China, for example, but in some western countries, they are not regarded as so,” You explained.

He said the Chinese and Indian militaries currently have joint trainings to fight terrorism. He suggested that these joint programs could also include Pakistan in cooperation efforts.

“That’s why the two leaders need to sit down and iron out all those differences on different issues,” Zou Yue, the CGTN host, concluded.