China, India need to cooperate in new-energy manufacturing, not decoupling 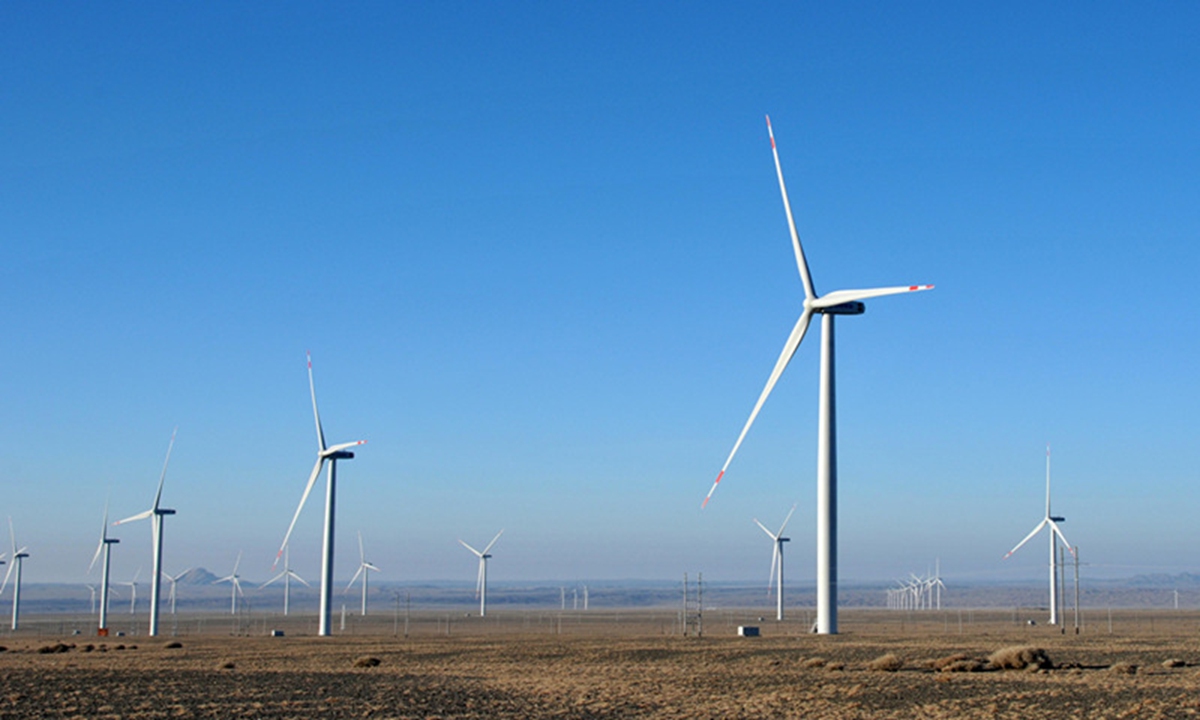 Citing industrial insiders, experts and officials, Indian media outlet Indian Express on Tuesday said that India can beat China as a prime components manufacturer, adding this is of significance in the backdrop of the COVID-19 induced disruption to global industrial and supply chains.

Since the outbreak of the COVID-19 pandemic, some in India has seen it as an opportunity to attract foreign companies to relocate their industrial assembly lines from China to India. With China's success in containing the coronavirus outbreak and maintaining industrial production, although India's attempt to outclass Chinese manufacturing has failed, this Indian media report is clearly still touting such views.

A senior official involved in India's wind-power industry said the COVID-19 pandemic had exposed companies' high risk of relying on China for all supplies of needed components, the report said. The statement reflected a wrong tendency in India to treat China-India economic and trade cooperation in recent years, namely through protectionism and decoupling, which risk pushing mutual beneficial cooperation toward vicious competition.

Admittedly, China and India have competitive relations in the fields of electronic products, new energy and some other industrial sectors, but this does not mean that there is no room for win-win cooperation between the two countries, nor does it mean that the two should pursue vicious competition or even decoupling. Rather than fueling India's manufacturing ambitions, vicious competition will only backfire on India.

Affected by long-term issues such as its economic structure, the development of India's wind power manufacturing industry may not be smooth. In the field of renewable energy such as manufacturing solar panels and wind turbines, China is at the forefront of the world, and the cost of India's cooperation with China is much lower than that of other countries. If India adopts a policy of decoupling from China's economy, restricting Chinese investments, technology and other resources from entering Indian market, which will be detrimental to India's low-carbon transition.

There are reports this year that India is planning to levy higher tariffs on imports of solar panels and wind turbines. China is expanding trade and industrial chain integration in the field of renewable energy with Vietnam and other Asian countries. There have been reports that Chinese companies are expanding their investments in Vietnam's wind power market.

In 2021, China-India trade has broken through a record high of $100 billion despite the impact of the pandemic, which fully shows that economic laws and trends are not affected by political whims. If India continues to artificially promote the decoupling of industrial and supply chains, it will only be excluded from the regional industrial chain and make its low-carbon transformation process lagging behind.