OPINIONS China is not alone in the self-defense trade war

China is not alone in the self-defense trade war 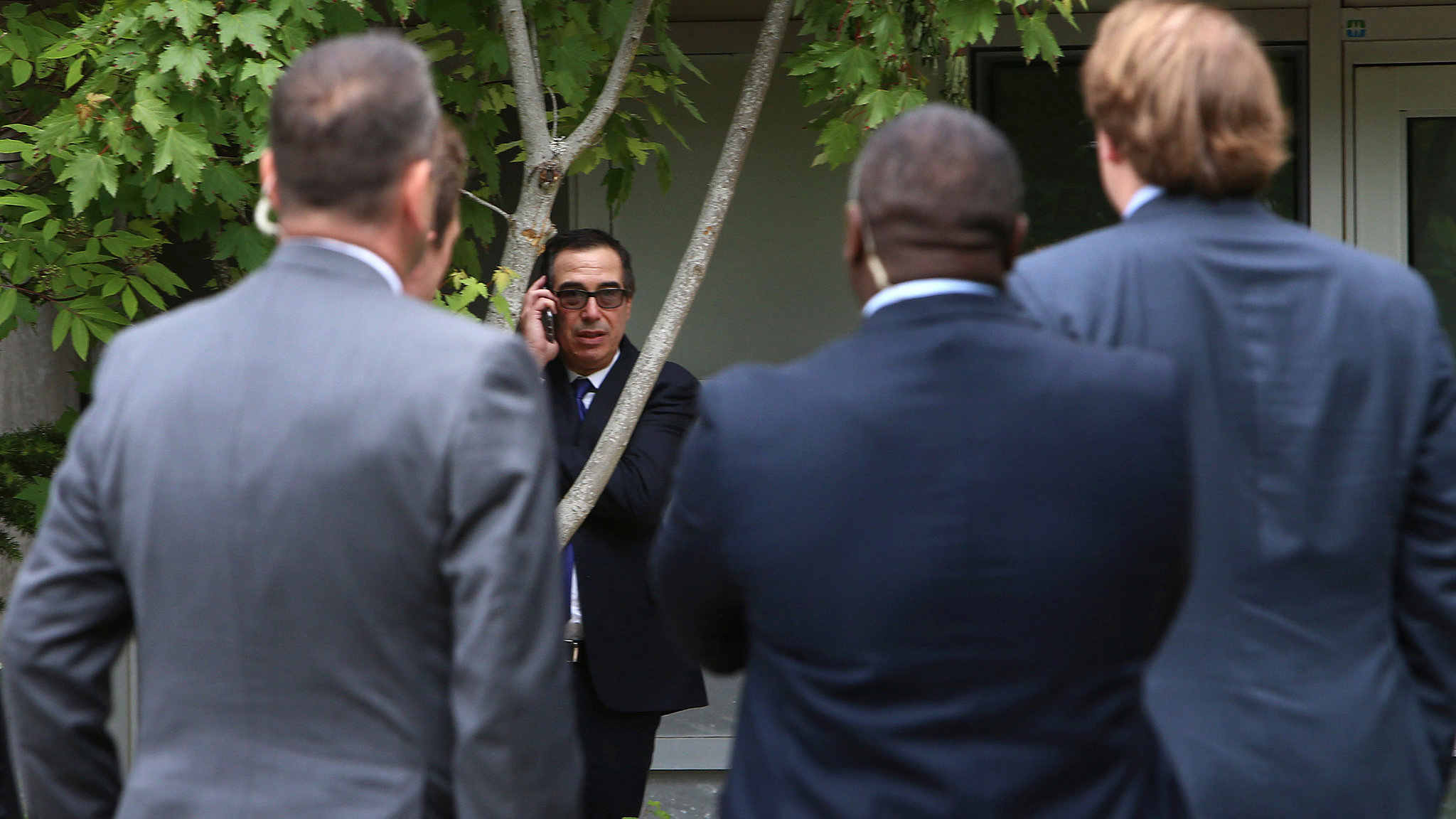 Who is getting tired of Washington’s fires and shots?

On June 15, Washington announced that it would impose tariffs on Chinese goods worth 50 billion US dollars, ditching all the consensus and achievements made in the previous talks. It was shocking news for the world, but perhaps not to China, as it quickly hit back with a detailed list of American products of the same amount that would be subject to tariffs.

The unpredictability of Trump administration has become mundane, or even boring for China.

Again it reinforces the difference in images of the two countries: one challenges the foundation of global trade through sudden attacks; and one that is prepared to defend itself in a trade war that it cannot avoid.

China was forced to fight in the war, and its strategy is to stand firm to defend the national interest and multilateralism, and cope with the inconsistency and precariousness of Trump administration.

In March, the Trump administration took the first shot by announcing its tariff plans against China, in the name of “unbearable” trade deficit. China showed its sincerity in the later three-round talks and finally reached a deal including buying more American products to narrow the deficit.

And now it decided that it would still impose the tariffs, accusing China of stealing American technology.

To an extent, such an inconsistent attitude and excuses may show the “firm” side of Trump administration: its stubbornness and determination, to maintain its competitiveness in the technology development area, by stopping China on its road to industry-upgrading. That is why it dares to redefine the concept of “deal” by ditching it whenever it wants and put its national credibility in danger.

But will China endure this bully and give in to America’s pressure?

When the White House announced the tariff plans, it warned that it would “pursue additional tariffs if China engages in retaliatory measures.” But China did not even consider back down, as it has been shown in the previous round of fight that it hit back fast, targeting America’s agricultural products. And the farmers are clearly not happy about Trump’s moves.

The other side of China’s strategy of being “firm and stable” is that China will continue its pace of deepening reform and opening up. So no. China will not surrender to America’s blackmailing. It will not be disrupted by the US and will keep developing its economy and technology in a solid pace.

And luckily, China is not alone in this fight against America’s move to challenge the world trade system.

As Trump is busy boosting its achievement in the Trump-Kim summit, his trade policy has isolated himself from its closest alliances. Right before the G7 summit, where Western alliances would show its traditional friendship to the world, Trump decided to impose tariffs on steel and aluminum from Europe, Canada and Mexico in the name of national security.

Perhaps they did not understand that as a great beneficiary from free trade and a long standing alliance, Trump would walk away from the economic order that the West has built, and put the “America First” or rather “Trump first” philosophy above all multilateral mechanisms. Confused but angry, they have decided to fight back and a new tariff plan on 2.8 billion dollars worth of American goods is in motion.

Just as The Atlantic has predicted, “Trump always wanted a trade war; now he’s got several.”

So who is getting tired of Washington’s fires and shots? Perhaps the whole world is.