OPINIONS China is riding the tide of global innovation and prosperity

China is riding the tide of global innovation and prosperity 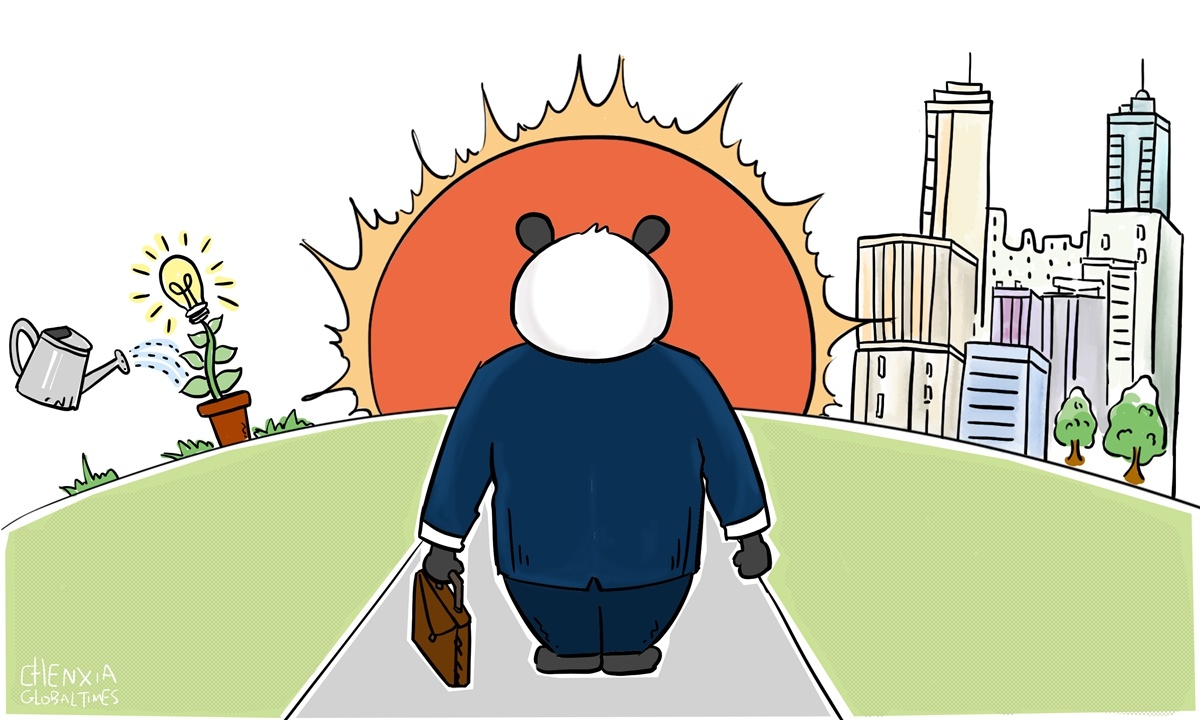 The course for the next 15 years of China's economic development has been charted at the CPC Central Committee's 5th plenum which concluded on Thursday. The ruling party hopes to build the country into an economically prosperous and militarily strong country by primarily depending on local indigenous innovations.

China believes growth can only be achieved in a peaceful setting. The Central Committee believes in the nation remaining in the precious period of "strategic opportunity (of relative global peace)" - and increasingly, China itself is a solid and powerful stabilizing force to anchor regional and global peace.

The top leadership, realizing a trend of rising protectionism and anti-globalization in the past four years fanned by the US government, has set a new growth pattern for China. The "dual circulation" development strategy emphasizes the need for the domestic market to act as the mainstay, alongside the support of the international market. Nevertheless, leaders have mandated that the country will continue to adhere to successful opening-up policies.

This drive to an economic rebalance, pivoting to "internal circulation" by rapidly developing the country's domestic economic competency, will be a mild adjustment of policy. The recalibration aims to deflect the US-led high-tech blockage by fostering a global advanced technology innovation center in China.

Most overseas analysts predict that China will abandon its yearly economic growth targets in formulating its next five-year plan during the upcoming session of the National People's Congress (NPC) in March. But the country, fresh from overcoming a difficult year brought by the sudden outbreak of the coronavirus and a relentless US trade and tech war, needs to step up efforts in order to steer "medium-to-higher" growth rates before 2035.

To add to this, the world's second-largest economy now has the capacity to grow by 8-9 percent in 2021 and to continue to achieve an annual 4-6 percent expansion for many more years. Through wise policy design in Beijing and the collective efforts of 1.4 billion people who yearn to prosper, China's GDP is likely to double from 100 trillion yuan ($15 trillion) in 2020 to $30 trillion by 2035.

Correspondingly, the country's overall foreign trade volume is expected to double from the present $4.5 trillion to $6 -7 trillion, which will provide enormous opportunities for China's neighbors and trade partners. No wonder the foreign media are watching closely for new policies and signals relating to the CPC plenum that may shape global demand.

The vision for 2035 choreographed by the plenum includes all-round improvement in various aspects of the national economy, such as enhancing new-type industrialization, smarter digitalization, broader urbanization, and agricultural and defense sector modernization.

China ought to continue its distinctive strategy to develop its economy - resolutely relying on domestic infrastructure and technology investments, as well as by expanding domestic consumption power. In a sense, a two-pronged approach, backed by government infrastructure spending and broader household spending, is much more sustainable.

Compared to the skyrocketing debts induced by countries like the US, Japan and the EU members to combat the COVID-19 crisis and resulting economic recessions, China's debt level has remained healthy. The average bank savings rate of Chinese households is about 20 percent higher, so China now has ample means to increase investments in infrastructure.

As an example, in the past five years China has maintained elevated investment in high-speed railways and in 4G and 5G telecommunication facilities. As a result, the country now has 38,000-km-long high-speed railroads connecting all major cities, greatly improving mobility. 4G and 5G high-speed broadband has enabled China to form the world's largest online marketplace and has given birth to a variety of smarter mobile tech innovations, including the world's most advanced paperless payment ecosystem.

In the coming five years, China's government is expected to accelerate investment in reservoirs, countryside roads, and new clusters of towns and rural amenities in its attempt to "rejuvenate villages". Meanwhile, swaths of old residential buildings and quarters in Chinese cities will be rebuilt, so that more people can live in modern high-rise condominiums.

At the same time, the green economy will see a boost, with a focus on solar panels, wind turbines, hydro- and nuclear-power generators, and electric buses and cars, as the country strives to achieve its major climate pledge to realize carbon neutrality by 2060.

When China's local indigenous innovation capability can rival or even obscure other nations, the road to prosperity will be smoother, with the country no longer fearing others' obstruction and destruction.