China is taking action against tech giants while West stalls 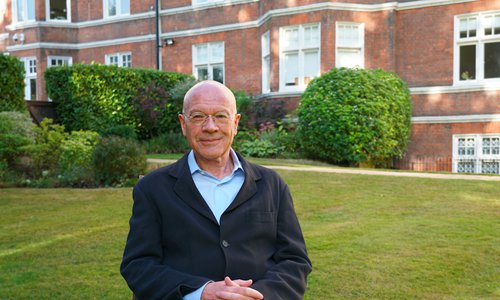 There is growing interest in the West about the present wave of reforms in China, which began with the defrocking of Ant, then the regulatory moves against the anything-goes behavior of the tech giants, and the more recent criticism of the glaring inequalities in Chinese society. The initial Western reaction was predictably negative, but this knee-jerk response has increasingly given way to a more thoughtful and curious response. For five years, Western attitudes toward China have been overwhelmingly toxic and hostile. This is the first respite. As such it is a moment of some significance. What is going on in the Western mind?

For most of the last 40 years, China has been trying to catch up with the West. Many of its problems have been relatively specific to a developing country. The challenges confronting China have, for the most part, been different to the problems facing Western countries: the imperatives of development rather than the challenges of being developed. As a result, beyond a point, China and the West did not have that much in common. But that is rapidly changing. China's remarkable progresses over the last two decades - its growing wealth and its dynamic tech sector, for example - mean that the challenges facing China are increasingly similar to those in the West. China's tech sector now mirrors that in the US and presents them with similar problems. Or take the issue of inequality. In China the Gini coefficient has grown rapidly and is now at 47: in 1978 it was just 28 (0 means total equality; 100 means total inequality). In the US the figure is 42, and across the West, inequality has been steadily rising for several decades.

In other words, two of the biggest problems facing the US and China are in fact shared problems. Americans are increasingly worried about the harmful effects that hugely powerful and monopolistic tech companies are having on society. Last week, a former Facebook employee turned whistle blower appeared before the US Senate and gave damning evidence of the way in which Facebook was having a deleterious effect on the mental health of young children, fostering a more polarized society, and undermining US democracy. Inequality has been steadily rising up the political agenda and is increasingly commanding the attention of Democrats.

Here lies the explanation for Western curiosity in China's decision to regulate the tech companies and embrace the idea of common prosperity. Both speak directly to deep misgivings in the West about their own societies.

There is, however, a crucial difference. China is taking action; the US, and more generally the West, are not, at least as yet. We should not underestimate the courage it has taken for the Chinese government to act on both of these fronts. The tech companies have been the economic stars of the last decade, driving an extraordinary process of dynamic change. The Chinese economy would not be where it is now without them. And there is a serious risk in seeking to regulate and tame them, that it curbs their creativity and relentless innovation. That is the danger. But there is an even greater risk in not acting: the creation at the heart of the economy of unbridled monopoly power which discriminates against small and medium-sized enterprises, which privatizes a huge expanse of data that should be at the service of society, and which, through anti-competitive practices, undermines the market and weakens the position of the consumer. Nor is the elevation of common prosperity to a guiding principle of government policy without considerable risk. It goes against the grain of the last four decades when the idea of personal enrichment has been regarded as a driver of economic growth. Such inequalities are deeply entrenched, they have spawned powerful vested interests which will be resistant to income and wealth redistribution and the new emphasis on public education rather than private schooling.

The Chinese government has long been concerned about the imbalanced nature of the Chinese economy and society and the need to address it. It is crucial to the next stage of China's development: a more equitable, inclusive and harmonious society, where opportunity is a common good rather than tilted toward the privileged. There are many risks, but far-sighted and courageous governance is about seeing the way forward and finding the way to achieve it.

Alas, the West has made little or no progress on either gross inequalities or taming the tech companies. There is a crisis of governance in the US, which is shared in varying degrees across the West. There is no vision of the future, divisions are sapping the energy of societies, and powerful vested interests are blocking change. Perhaps China's example will prove instructive and persuade the US and Europe to move in a similar direction. Ironically, a key factor in persuading the US to reform could be the fear of losing out to China.
The fact remains, though, that China and the US, in facing common problems, are in the process of entering a new and rather different kind of dialogue.