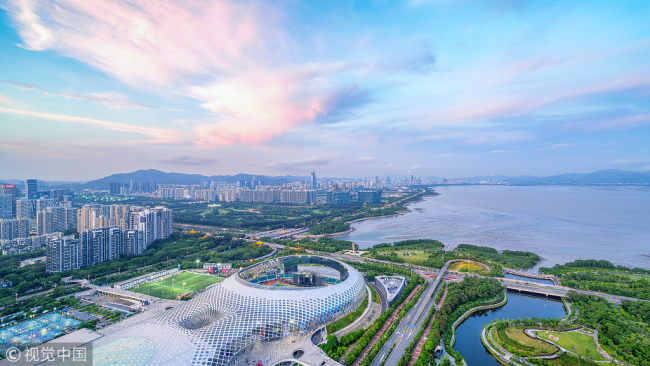 The following is an edited translation of an article from the Chinese-language "Commentaries on International Affairs."

Mankind has now entered the era of the fourth industrial revolution. In order to make full use of the opportunities on offer, all nations must work towards fully utilizing new technologies like artificial intelligence, driverless cars, and the Internet of Things. At the same time, they have to collaboratively solve common problems such as unbalanced development and the uneven distribution of income. "We must look for a better way of cutting the cake while making the cake bigger," Vice President Wang Qishan told his audience at Davos. "Blaming others will not solve problems."

In this regard, China's experience is worthy of closer examination. The government has recently delivered broad-based tax reductions, held the first China International Import Expo, reduced the number of industries subject to foreign investment restrictions, and proposed amendments to the national Patent Law that would see punitive damages levied against those who misuse the intellectual property of others. These reforms demonstrate China's credibility when it says it is pushing ahead with reforms and a further opening of its economy.

The fruits of reforms such as these are already evident. Tesla is building its first overseas factory in Shanghai. BMW is investing in a new factory in the city of Shenyang in northeast China. And the first foreign-controlled securities company and the first fully-owned foreign insurance holding company have come into being. These are just some of the signs that the world is continuing to eagerly partner with China and share in the benefits of growing access to its market. Klaus Schwab, the founder of the World Economic Forum, has said that China's contribution to the growth of the world economy over the past 40 years is proof that reform and opening up is the best way to achieve prosperity.

And China has made it clear that it is going to continue along this trajectory. This means a continuation of its efforts to find solutions to global issues using a win-win approach to problem solving. It means acknowledging and respecting the unique needs of emerging markets and developing countries. It means defending the right of all countries to participate equally in the systems of global governance. And it means adhering to and ceaselessly promoting principles of multilateralism. This is the future President Xi Jinping spoke of at the Davos forum two years ago, and it's the one that Vice President Wang Qishan rallied for again this week.

Underlying China's approach to its future development is the importance of transparency and rules-based frameworks. This is reflected in the outcome of the government's economic work review late last year, which prioritizes the development this year of rule-based and transparent processes that better facilitate the transformation of the nation's economy into one where growth is based on high-quality development. And it's reflected in the emphasis that China has placed on rules and fairness during talks at this year's Davos forum.

Just as China is seeking to actively learn from the experience of other countries, other countries should look to make the most of China's willingness to work in partnership on ensuring that international rules and standards promote not only its own development, but a growing shared global prosperity.