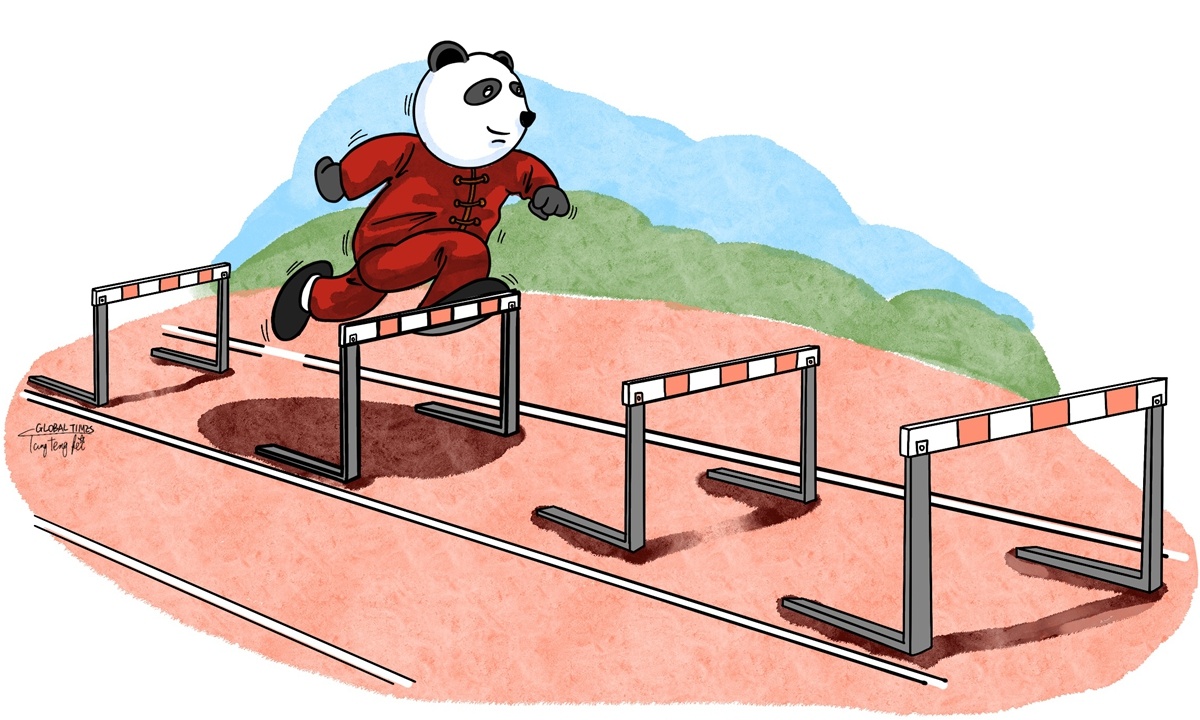 China is facing a more complicated, difficult and diversified external environment for its rise than any other emerging powers in history since the modernization of humanity. International society today witnesses world historical seismic shifts: climate change and ecology, fierce competition between major powers and fragile national security in the digital era. Combined with external moral restraints on China's willingness for peaceful development, all are resonating with each other, setting a chain of obstacles for the nation's rise.

To begin with, China is the only global emerging power that has to care about the ecological variables since modern industrialization. Be it the era of colonial expansion or the industrial age, the West didn't have to pay extra development costs for destroying the ecology of other countries, nor for polluting the climate environment in the process of industrialization. Since the 1990s, human beings have begun to attach unprecedented importance to climate change.

The "policy problem from the hell" (says Anthony Leiserowitz of the Yale Program on Climate Change Communication) has become a restraint on economic growth for many emerging countries. It has also become the new external variable affecting China's rise.

China has strategic ambitions and international responsibility. This is exemplified by the fact that it has not only fulfilled China's 2020 goals set at the Copenhagen Climate Conference in 2009, but also put forward grand targets for peaking carbon emissions before 2030 and achieving carbon neutrality before 2060. But China is still at the middle and low end of the industrial value chain. The external ecological constraints undoubtedly have formed difficulties and pressures to force China's development transformation.

Second, China is the only non-Western global rising power that has to defend itself from being contained by other countries for the past 500 years. Whether it is Portugal, Spain and the Netherlands during the Age of Discovery, or the UK, France and Germany during the Industrial Revolution, or the US, Japan and the Soviet Union in the 20th century, they were all competing for ranks of national power within a relatively homogeneous civilization. These countries tended to collude with each other during foreign colonization and the invasion of other countries.

China will never implement the diplomacy of forging alliances of the Western powers in the past. Nor will it repeat the path of confrontation between two opposing camps like during the Cold War. Western civilization has been unprecedentedly anxious and sensitive about the rise of the East. Some regional major powers envy China's rise and implement populism, protectionism, unilateralism and hegemonism under the disguise of the so-called rules. All these may form a consensus of suppressing China's rise. If China is not careful about its diplomacy, it may fall into the West's trap of a collective siege. Besides, things are connected in the digital era. External financial risks are increasing, global industrial chains and supply chains are fragile, border disputes are frequent, extreme forces are active and there are also technological decoupling and digital suppression - China's external security environment is obviously more complicated than any other time.

Third, China is the only rising global power that has promised not to invade other countries but to develop peacefully. China has promised not to be the first to use nuclear weapons and to never pursuit hegemony. China has proposed its Belt and Road Initiative, proactively promoted a community with a shared future for mankind and provided help to other countries with medical supplies and vaccines during the COVID-19. China's rise shows the progressiveness of human civilization and the image of a responsible major power.

China will not copy the old path of other countries whose rise rested on war, conflict and colonization. Similarly, it will not embark on an evil path of establishing an unequal financial, trade and economic system to bully other countries. Chinese diplomacy advocates peace, cooperation and win-win solutions. This is based on the painful lessons of the rise and fall of major powers in history, as well as on the useful experiences of its own reform and opening-up in the past decades. Some forces with ulterior motives try to put China into moral constraints and label China with accusations such as "bullying," "genocide," "not democratic," "opaque" and "lack of human rights." When China refutes these claims, it is accused of exercising "wolf warrior diplomacy" by Western media.

To deal with such Western public opinions, China has to think more of moral obligations and rules in its diplomacy. China competes for economic strength, industrial capability, military and defense and scientific technology. It is also propelled to compete for models, dividends, and good governance. Compared with other rising powers in history, China has to do more in terms of abiding by rules, paying attention to its approaches and setting up examples.

China's leadership has forecast such twists and turns. At a symposium on economic and social work, Chinese President Xi Jinping said, we will face more and more headwinds in the external environment, and we must be prepared to deal with a series of new risks and challenges, while chairing a seminar for the drafting of the 14th Five-Year Plan (2021-25) in August 2020.

As we are approaching the point of national rejuvenation, this is a reminder to all of the Chinese people that in face of the external environment, we must remain steady and firm, keep our bottom line, and overcome all hardships.