OPINIONS China must be ready for looming trade war

China must be ready for looming trade war 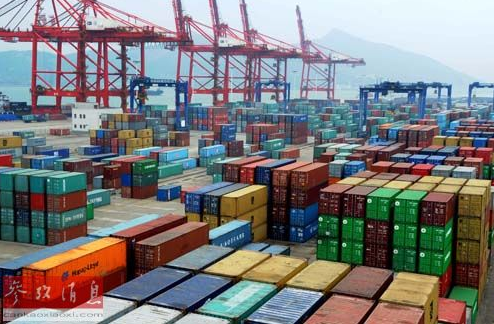 President Donald Trump is seeking to impose tariffs on up to $60 billion of Chinese imports and the US will target the technology and telecommunications fields, Reuters reported Wednesday citing two people at the administration who had discussed the issue.

As CIA Director Mike Pompeo, considered tough on China, will take up the position of US secretary of state, Washington may step up its aggressive policy on trade with China. Tensions will likely flare up in Sino-US relations. China has to brace for trade wars both in strategy and mentality. Beijing needs to give Washington head-on blows in a similar manner and must not be soft. The Trump administration believes it can overwhelm China and gain far more returns than losses by imposing tariffs. Over one year in office, Trump's foreign policies have worked smoothly except for on the Korean Peninsula. When visiting other countries he was exceptionally received and brought back promises of investing in the US and buying more American products. Having not suffered from his tough approach to foreign policy, Trump must think all his actions have been vindicated. Thus he kicked out a few globalists from his team such as Rex Tillerson and Gary Cohn and brought in more hawkish officials. Washington has to understand that Trump would deploy his "I dare do anything" image better as a bluff, but not really mean it. If the US indeed wages a worldwide trade war, it will find itself in an awkward position. The US is still the world's most developed country, topping others in a multitude of sectors from technology to finance. Its trade deficit is not the only index to measure US economic and social development. If the US wants to reduce its trade deficit, it has to make Americans more hard-working and conduct reforms in accordance with international market demand, instead of asking the rest of the world to change. It's unreasonable to play victim. By hanging tough, Trump wants to gain as many benefits as possible for his country so as to appease his voters and win re-election. He has done well at this until lately. But he shouldn't invoke confrontation. Once a trade war starts, capable countries won't bow to the US. China has tried hard to avoid a trade war, but if one breaks out, appeasement is not an option. Since the countries that the US targets are more resilient politically, the Trump administration is likely to end up as the first to collapse. The Trump administration will pay dearly if its toughness causes the US to suffer heavy losses. Its only resource in support of toughness compared with previous administrations is Trump's personality, which is not widely welcomed. Beneath his aggressive demeanor is a brutal reality. China won't allow itself to be trampled upon. Perhaps it is China's destiny to struggle with the US only in order to teach Washington a lesson. In which case, so be it.