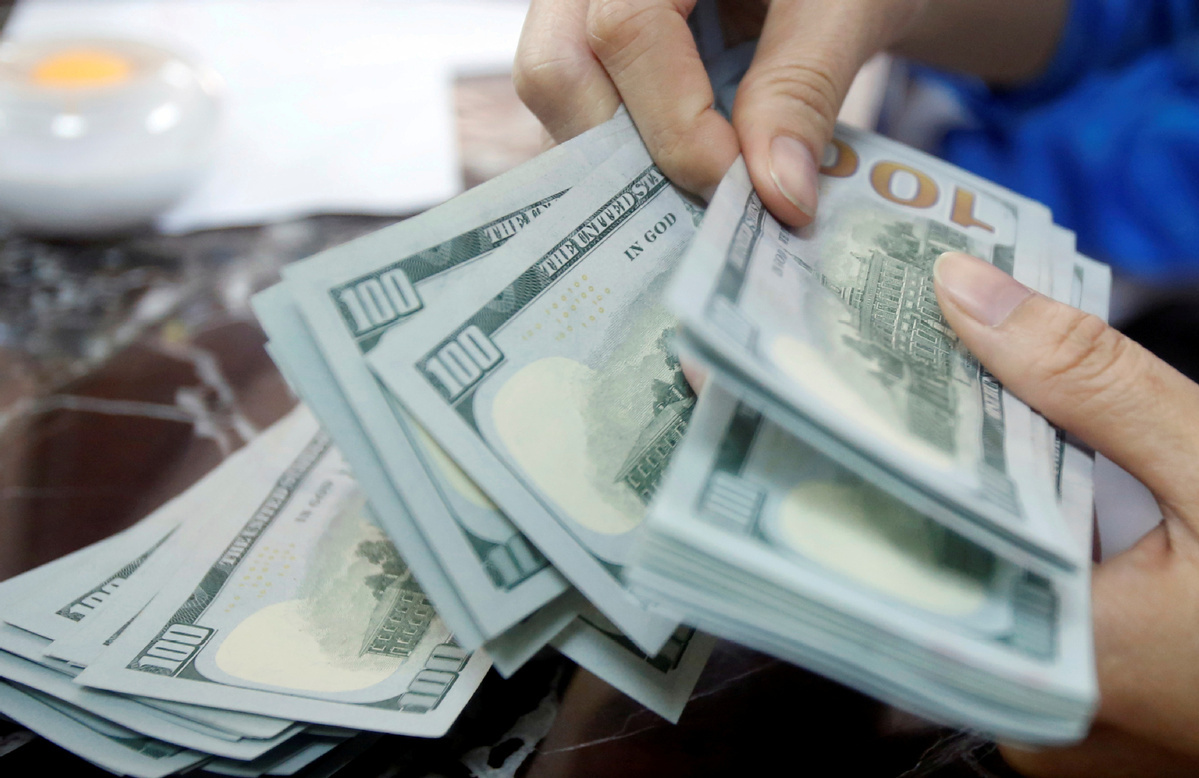 A bank employee counts US dollar notes in this file photo from May 16, 2016. [Photo/Agencies]

The Federal Reserve on Thursday published the Statement on Longer-Run Goals and Monetary Policy Strategy on its website, saying monetary policy plays an important role in stabilizing the economy.

There are two striking but unsurprising changes in the new policy. First, the Fed said it would seek to achieve an average inflation rate slightly above 2 percent for a period of time, which is interpreted as a signal to expect loose monetary policy. Second, the Fed said maximum employment was a broad-based and inclusive goal, and its policy decisions would be based on its assessment of maximum underemployment, which could mean the Fed will allow the job market to overheat.

The two major changes in the Fed's inflation and employment policies are based on its assessment that downward risks to employment and inflation have increased in the United States. They also indicate that the Fed will use all tools to achieve price stability and maximum employment.

The Fed's announcement suggests that the US may see zero interest rates for long. At the same time, the statement also acknowledges the challenges posed by a persistently low interest rate environment to monetary policy.

After the global financial crisis that was triggered by the subprime crisis in 2008, the Fed launched three rounds of quantitative easing policies in succession, which went on till November 2014. Considering the broader impact of the novel coronavirus on the US economy, the easing of monetary policy is expected to take longer this time.

The Fed has lost its credibility as a central bank in the traditional sense. Since 2008, it has repeatedly ignored reality and there are possibilities it could take irrational actions in the future. Such an approach will create troubles for China, such as increasing pressures for the yuan's appreciation and weakening the cost advantages of China's goods exports and bringing greater challenges to China's trade in the post-pandemic era.

As the only major economy likely to maintain positive growth this year, China is pushing for its capital market's opening-up, which, along with the negative interest rates continuously being adopted by Europe, Japan and other major economies, will cause the flow of more overseas funds to China and buy its assets, fueling the rise of its property prices. Capital flow into China's property market will not only increase its financial risks, but also considerably raise its economic costs, erode its manufacturing advantages and reduce its domestic consumption.

China should prevent this possibility and instead channel the funds to its capital market through reform to promote better governance, which will help domestic enterprises gain more financing channels and spur consumption. With the inflow of increased funds, the country's regulator should do what it can to prevent possible drastic fluctuations in the capital market to ensure its security.