OPINIONS China needs to keep eye on US' TPP comeback

China needs to keep eye on US' TPP comeback 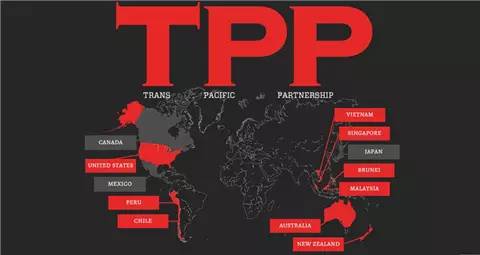 The Trans-Pacific Partnership (TPP) aimed to shape new rules for world trade excluding China took a beating after the US pulled out of the agreement after President Donald Trump occupied the White House in 2017. After the US exit, the Comprehensive and Progressive Agreement for Trans-Pacific Partnership (CPTPP) — a new edition of TPP — officially came into effect on December 30, 2018.

Without the US, the 11-member agreement accounts for 13 percent of global GDP and 14 percent of world trade, a big drop compared to the original agreement that covered nearly 37 percent of the global economy. To form an alternative to TPP, 16 countries, including China, Japan and ASEAN members, launched negotiations in November 2012 on the Regional Comprehensive Economic Partnership (RCEP). The talks are expected to make substantive progress in 2019.

However, Beijing must not overlook the possibility of the US rejoining the new accord as Japan intends to persuade Washington to do so.

That is possible although Trump repeated his dislike for the agreement.

According to the Peterson Institute for International Economics, the US' real income under the original TPP would have increased by $131 billion annually, or 0.5 percent of its GDP. After the US pulled out, the country not only gave up those gains but also lost an additional $2 billion in income because US firms suffered a disadvantage in TPP markets.

The 2018 Chicago Council Survey, conducted about a year after the US exit, found that 61 percent of Americans believe the US should participate in CPTPP.

On the other hand, after the Republicans lost its control of the House of Representatives in the midterm elections in November 2018, the Democrats could press the Trump government to make such a call. Besides, a majority of Republicans back the CPTPP.

It is foreseeable that the US would use the United States-Mexico-Canada Agreement (USMCA), Trump's new NAFTA deal, to put pressure on Japan, which is regarded as the key to CPTPP.

The success of US-Japan negotiations is not only related to whether Trump could consolidate his "America first" policy for bilateral free trade agreement, but is also a factor for a stepped up Indo-Pacific strategy. Updating the TPP, dubbed the "21st century agreement," would perfectly show the Trump government's efforts in terms of economic benefits and political assets.

There is room for the two countries to complement each other. About 98.5 percent of Japanese tariffs on agricultural products will be revoked and this provides a sally port for the US because its farmers and agricultural groups demand expansion of the overseas market.

When Trump last time denied joining the TPP, he put forward a condition —the new agreement must be better than that during the presidency of Barack Obama. That is the US will not be reluctant to participate in free trade deal if the agreements benefit it the most.

Nonetheless, the US won't rush it. It is not easy for Trump to get a new TPP agreement passed in the Congress after losing support in the House. Second, it is also difficult for the current members of CPTPP to form a new agreement that includes the US.

Taking USMCA as a reference, China will be excluded from the free trade framework designed by the US and Japan. Therefore, Beijing should take advantage of the period during which Washington is haggling on the participation of the CPTPP, to clinch the RCEP.

Once completed, the agreement will cover 3.4 billion people and $49.5 trillion of GDP — about 32 percent of the global economy. It will increase global real income by an estimated $ 286 billion and absolute gains from it will be almost twice as those from CPTPP.

But it won't be easy to get there. Details about market entry requirements, e-commerce, competition policies and investment terms remain undecided.

Elections in India, Thailand and Indonesia in 2019 will probably delay RCEP negotiations. China should play a leading role and speed up negotiations, as well as promote bilateral free trade deals under the Belt and Road framework.

China should also strengthen research on the impact that CPTPP could have on the country and keep an eye on negotiations between the US and Japan. South Korea and the UK have shown interest in joining CPTPP, so Beijing should also pay attention to the changes in the global trade system and their affect on China after those countries join.