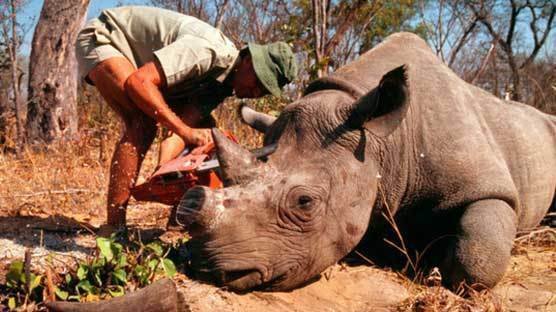 Kenyan authorities have detained three Chinese nationals and a local man over alleged illegal possession of wildlife products, according to the Associated Press on January 9. Their behavior not only violated Kenya's local law, but also harmed China's national image. They deserve punishment. This case is not an only one. In December 2018, seven Chinese people were arrested in Zimbabwe after they were allegedly found in possession of rhino horns, according to Voice of America. Although these are a very few people's unlawful activities, they should draw more people's attention.Only one day after detention, the Chinese Embassy in Kenya published an article on its official website, reminding Chinese citizens not to buy, sell or carry ivory products. In January 2018, the Chinese Embassy in Namibia also reminded Chinese citizens to keep away from ivory and other illegal wildlife products. Chinese embassies have cautioned Chinese citizens repeatedly, which shows the Chinese government's firm stand in cracking down on the ivory trade.We do need to rethink the question profoundly. We must understand that Chinese poachers have brought many negative impacts on the nation's reputation. Consequently, China should better control such illegal behavior. Meanwhile, China should involve more citizens in protecting elephants and other wildlife at home and abroad.China is a party to the Convention on International Trade in Endangered Species of Wild Fauna and Flora, a multilateral treaty to protect endangered plants and animals. On January 1, 2018, China imposed a total ban on all trade in ivory. The ban reflects China's efforts in protecting wildlife as a responsible major country. It has also led to a great decline in seizures of ivory entering China as well as in raw ivory prices. At many international airports in China, people can see basketball star Yao Ming on posters that advocate wildlife protection. Yao also participated in filming effective videos for Chinese people. But this is a long-term task. We must firmly break China's trafficking chain, and all departments concerned should promote more cooperation in conversation with other countries. China must take a zero-tolerance approach.None of us is isolated on this planet, and we are all part of the ecosphere. This is also the spirit of a community of a shared future for mankind. As the host country of the 15th Conference of the Parties to the Convention on Biological Diversity in 2020, the nation and its people will shoulder this responsibility.As China is promoting the Belt and Road initiative, more and more Chinese people are going abroad and doing business abroad. This is supposed to be reciprocal cooperation. However, it seems unavoidable that some Chinese people violate the local laws due to a lack of awareness.  Others are reckless with greed and choose to rush into danger. The Chinese government has the responsibility to coordinate with all parties and work harder in introducing local laws and internationally accepted regulations for these people. China should more positively clarify its position. China-Africa cooperation is now moving forward, and we should try to eliminate the negative influence brought on by a very few people's illegal practice. We should regard nature with reverence. Since we can't control every single individual's behavior, stricter control and a detailed introduction to local laws may be the best explanation for reverence, as well as a practical way to build China's national image.