OPINIONS China not the source for US fentanyl abuse

China not the source for US fentanyl abuse

Abuse of fentanyl is a chronic disease of American society, and it’s natural for the country to seek a cure. 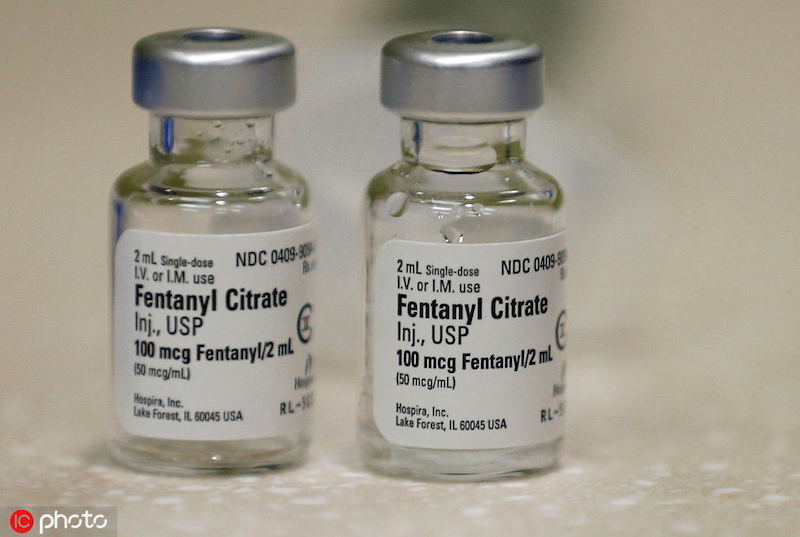 However, calling white black in an attempt to defame China, some people in the US are passing the buck and saying China is responsible for the abuse.

They turn a blind eye to China’s forceful measures to schedule the entire category of fentanyl-related substances as controlled substances, and neglect the country’s sincerity in actively seeking cooperation with the US on international law enforcement of drug control.

Nevertheless, such false accusation is doomed to collapse in front of facts. Exerting an extremely strict control over fentanyl-related substances, the Chinese government has regulated 25 variants of fentanyl and 2 precursors, more than those on the United Nations’list.

China has taken active measures to respond to US concerns. The country completed relevant legal procedures just four months after it declared to schedule the entire category of fentanyl-related substances as controlled substances on Dec.1 last year.

The decision officially came into effect starting May 1, listing all fentanyl-like substances in China as narcotics. Compared with the US control of these substances, Chinese measures are wider, stricter and longer-acting.

At a hearing held by the US Senate Committee on the Judiciary, even the US Department of Justice admitted that China has made a significant step in cracking down on fentanyl-like substances, saying the department was inspired by China’s class-wide control of the substances.

However, with this being done by China, the number of overdose deaths related to fentanyl still stood high in the US. It fully indicated the evil intention of some people in the US who call China a major source of fentanyl-related substances. The mud will never be thrown at China.

As a matter of fact, the US has 5 percent of the world’s population, but is consuming 80 percent of opioid drugs. It is the largest market of narcotics. A large number of Americans died because of the overdose of fentanyl-related substances in recent years.

The US itself should be responsible for the situation. Abusing prescription pain relievers is a prevailing tradition of the country, and what lies behind it is a complete profit chain established by pharmaceutical companies, medical representatives and doctors.

The US is facing complicated challenges including the growing sales of pharmaceutical companies, the over-prescribing of doctors, the government’s inability to cope with the situation, as well as the legalization of marijuana. All these challenges lead to the continuous expansion of the narcotics market.

Washington has not yet rolled out a systematic and complete set of strong measures as this issue concerns the interests of various parties. Though the US places all fentanyl-related substances under Schedule I, it is only on a temporary basis for a two-year period that lasts till Feb. 6, 2020.

It is reported that some US politicians always beat around the bush when it comes to the reason of fentanyl abuse, so as to win more votes and cater for their respective interest groups to guarantee their future political career.

Besides, the structural contradiction in the US federal government intensified the malfunction of the anti-drug law system. Keeping and trading marijuana violates the federal law, but is considered legal in some states.

A trivial illness ignored would turn fatal. What US politicians should see is that the illness derived from the US itself. The country should stop their blind and desperate search for possible solutions, and not blame others for its own fault. It must prevent new “hypochondriasis”, especially when it is still suffering one.