OPINIONS China on target to eliminate extreme poverty by 2020

China on target to eliminate extreme poverty by 2020 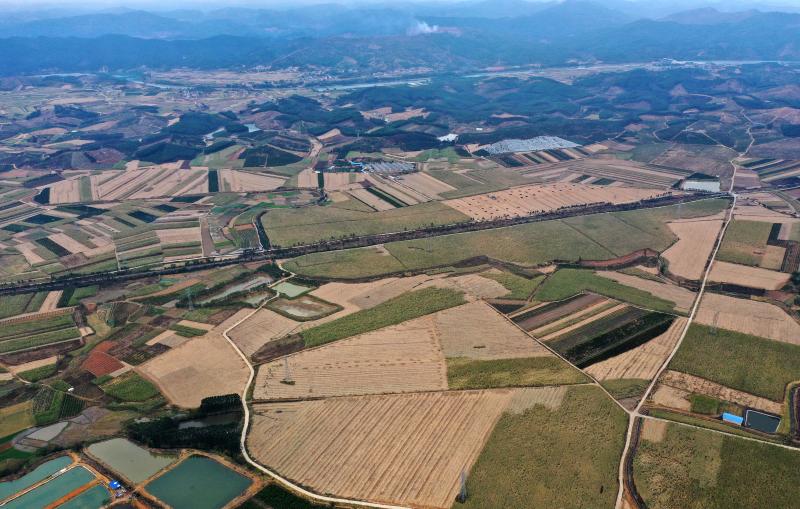 In 2013, China first announced its intent to carry out targeted poverty alleviation. While this was not the first time the country had launched such an initiative, it was certainly more targeted than previous strategies. Under this program, the government planned to appoint officials who would be accountable for containing poverty by identifying families living in dire straits and providing them with customized solutions, thereby eliminating the cause of their impoverishment.

Notably, as part of its crusade against poverty, the Chinese government established specific criteria under which its poverty reduction program would ensure the availability of food and clothing for those living below the poverty line along with nine years of compulsory education for their children. In addition, the program also provides access to primary medical care and adequate living conditions for impoverished households.

China's initial fight against poverty began in 1978, after the adoption of its reform and opening-up policies. The government at that time focused primarily on the most impoverished areas of Gansu province and Ningxia Hui autonomous region, located in the northwest of China. Subsequently, in 1982, the government allocated an annual fund of 200 million yuan to these regions. This was China's first step towards a broader nationwide commitment to combating the issue of poverty. Over the last four decades, the nation continued to periodically carry out several large-scale, growth-driven poverty alleviation plans in its endeavour to improve the living conditions of those living in poverty.

During the Central Economic Work Conference in 2017, China listed reducing poverty as one of its "three tough battles" alongside preventing financial risks and tackling pollution. A statement released after the meeting expressed the country's intention to contain these issues by the end of 2020 and become a moderately prosperous society in all respects by 2021. Additionally, these steps would also facilitate China in realizing the UN's 2030 Sustainable Development Goals of achieving zero poverty 10 years ahead of schedule.

As a result of the country's poverty alleviation program, 82.39 million people successfully lifted themselves out of poverty between 2012 and 2018, thereby reducing the proportion of poor people in the country from 10.2% in 2012 to 1.7% in 2018. Per capita disposable income in its rural areas also witnessed a considerable rise, swelling from 9,430 yuan in 2013 to 14,617 yuan by the end of 2018. As per the directions of the State Council Leading Group Office of Poverty Alleviation and Development, the country pulled another 10 million people out of impoverishment in 2019.

These figures highlight China's steadfast resolve in eliminating extreme poverty from the country. As part of this effort, the Ministry of Finance released a significant percentage of the 2020 poverty alleviation funding to regional governments in November 2019. The ministry stated that the total amount disbursed was around 113.6 billion yuan (about $16.5 billion), of which approximately one tenth (14.4 billion yuan) would be primarily assigned to the most impoverished provinces. Reportedly, this amount accounted for 90% of the total amount to be spent in the entire 2019 on poverty relief programs.

Meanwhile, Chinese authorities are engaged in the fight against extreme poverty on multiple fronts. The nation has been deploying considerable public and private resources in poverty-stricken areas, which will help generate new employment opportunities for poor people, while simultaneously providing them with access to already existing job markets. The authorities are doing so by expanding manufacturing facilities and other industrial set-ups, as well as relocating the impoverished population from poor regions to better-developed areas. So far, the government has established more than 100,000 industrial bases covering almost 92% of poor households in the country's impoverished regions. This move has raised nearly 70% of people out of poverty in these areas. In addition, the government also commenced a resettlement program in 2015, with the aim of moving nearly 10 million people from impoverished counties to better areas by 2020. In 2018 alone, almost 2.8 million impoverished people were relocated to such areas under the program.

Additionally, a plan has been drawn up to provide access to compulsory education, skill development and financial aid for developing entrepreneurship in such regions. For instance, the skill development program has so far helped almost 300,000 people emerge above the poverty line, and three-year micro-credit loans have been disbursed without any collateral security to encourage entrepreneurship in poor regions. The government has already paid the huge sum of over 580 billion yuan (about $85 billion) in micro-credit loans to support impoverished households.

An inclusive program enhancing the scope of the digital economy – such as e-commerce and online payment system – has also already been put in place. This program intends to empower the poorest of the poor by connecting them to the mainstream digital marketplace through the help of technology.

Despite the challenges, China maintains the determination to tackle this issue, and the goal to eliminate extreme poverty in 2020 seems attainable.

As a country with a population of around 1.4 billion people, China's achievements in the fight against poverty are remarkable, and could serve as a guide for eradicating poverty globally. Just as deputy chief economist for the World Bank, Ana Revenga, has said: "If anybody can show the world how to do that last mile [of ending extreme poverty], it probably is China." 2020 is considered by the country to be a milestone year, since it has set the target of finishing construction of a moderately prosperous society in all respects and realizing the first centenary goal. Despite the challenges, China appears committed in its fight against poverty.

Rachana Gupta is an active blogger, poet and freenlance content writer. She is also the author of the book "To The Horizon We Indeed Sail".