OPINIONS China on the way to becoming a major space power

China on the way to becoming a major space power 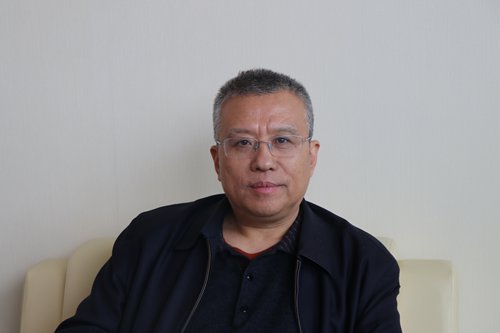 While commercialization has become a common noun in a world that's being propelled by business innovation, its usage in the space sector remains something new, which is especially true with China's space missions. Nonetheless, with the country's Long March carrier rocket series and an array of space start-ups gaining increased global attention, space commercialization is springing into a high frequency phrase. In an exclusive interview with Global Times reporter Li Qiaoyi (GT) earlier in December in Zhuhai, Yang Yiqiang (Yang), the first commander-in-chief of the Long March 11 solid-fuel carrier rockets project, described policy priorities and to-do lists toward turning China into a major space power.

GT: How do you look at Chinese carrier rockets' outreach into the global market thus far? What do you think might be the obstacles in the path of Chinese carrier rockets taking on their global counterparts?Yang: It's been a dream for several generations of China's space industry participants to go out to the world. A most notable example is a group visit to the US in 1980s led by Huang Zuoyi, then a Long March rocket engineer. Huang hand-drew a rocket model known as the Long March 2E, proposing to send US satellites aloft atop the rocket equipped with four liquid-fuel strap-on boosters. We put forward plans to get it done in 18 months and the US side didn't quite believe it. But in the late 1980s and early 1990s, we pulled it off completing the relevant contract within 18 months.

Thereafter the Long March rockets carried into orbit Australia's Optus B1 satellite and Motorola's Iridium satellites, setting off our journey into the world of space programs. But I would say the US still takes a jaundiced view of China's space missions, especially after the Report of the Select Committee on US National Security and Military/Commercial Concerns with China, commonly known as the Cox Report after Representative Christopher Cox, was published in 1999.

The main obstacle to Chinese space program's overseas outreach is the US International Traffic in Arms Regulations (ITAR), under which some chip products or even some unimportant items are banned from being carried by Chinese rockets. The ITAR mechanism also stipulates that some of the equipment used in rocket research and manufacturing is not allowed to be sold to China. It is hoped that China and the US could hold high-level talks regarding the issue.

We are now walking a different path, having launched telecommunications satellites for developing countries such as the Laos, Bolivia and Belarus. In this way the country's space missions are integrated into the Belt and Road initiative, thereby reaching out to the global market. It's inevitable that China's space program would gain a global foothold. I hope the US industry peers and government can be fair-minded and unprejudiced toward China's space missions.

GT: Chinese launch start-ups such as OneSpace and iSpace see growing activities over recent years. How would you describe the role they play in China's space ambitions?

Yang: These companies are truly engaged with the space sector, working on rocket manufacturing. It is rather difficult for a combination of some people with experience in the space sector, students majoring in relevant disciplines, and several investors to explore the industry with high entry barriers. It is by no means an easy mission, considering a lack of technological knowledge and test facilities. Other than the entry barrier issue, they are also faced with a problem of the sharing of intellectual property rights.

Take Elon Musk's SpaceX. Before 2010, industry watchers were not bullish on the US aerospace manufacturer. The situation has changed quite a bit since then, thanks to talent mobility. NASA's space shuttle program came to an end with the Atlantis' Space Shuttle launch in 2011, and SpaceX succeeded in poaching a lot of the talent. The company's rising to prominence is also attributed to shared intellectual property. The use of intellectual property, which is certainly not free, is enabled through a set of regulations. Beyond that, the US government and military continued to grant contracts and advance funding to the company when its space attempts failed several times. That is unimaginable to us.

The commercialization of the space sector also creates enormous benefits for the US government and military. The United Launch Alliance including Lockheed Martin Space Systems and Boeing Defense provides spacecraft launch services to the US government, resulting in substantially lower prices for many significant projects.

There certainly needs to be support for talent mobility and shared intellectual property. But that is supposed to be put under the purview of rules and guidance. The so-called national team which includes China Aerospace Science and Technology Corporation, the main contractor for China's space program, is also a collection of companies that shoulder social responsibilities as well as strive to prove commercially viable. Therefore, efforts are envisioned in the pipeline to devise a mechanism to protect the national team's interests while ensuring their intellectual property are converted to social benefits. The creation of the mechanism will be dependent upon government efforts.

GT: China's maiden private attempt in late October to send a satellite carrying rocket into space by Beijing-based start-up LandSpace failed to reach orbit after liftoff. Is it a warning sign that perhaps a private space commercialization bubble is brewing in China?

Yang: The rocket was launched at 4pm on October 27. I took a close look at it because many of the company's launch team previously worked with me. I knew them well. Despite the failure, the team was respectable, with the launch of the three-stage rocket lifting off without a hitch in the first and second stage. It can't be said that the failed mission was doomed, but that has something to do with investor demands. I personally consider that it was a publicity stunt rocket. The launch of the rocket, if successful, would have shown the public and investors that the company is capable of making rockets, while the rocket was not genuinely intended to be put into use. A successful launch would help the company win more points while a failed mission would risk resulting in a substantial reputational loss.

That points to a predicament faced by space start-ups, as it's fairly difficult for social capital to offer long-term support for a company's development. Globally, there are very few companies in the space sector that can achieve profitability. The competition now centers on technological innovation that is being relied on to showcase the companies' capabilities so as to secure sustainable long term funding. The day of profitability of the commercial space sector at large hasn't arrived yet.

For that day to come, a large number of satellite constellations planned both by China and the US ought to turn into a reality and will bring genuine commercial benefits to the public. That will take some time.

Yang: The innovative capacity of China's space program is shown in the country's success in sending small rockets into space. Compared with other countries, China has spent much less to carve out its own path of fast development.

Other than the technological side, an enormous passion for space projects in China's capital market, albeit being a double-edged sword, is also worth noting. And although space talent mobility in the country is barely comparable to the US levels, China's talent pool that comprises people in their 50s like me, and also those in their 20s, 30s and 40s, is an advantage that even the US cannot match. Many Chinese space talent in their 30s already assume the role of director of rocket design. This is unimaginable in overseas markets.

In addition, except for a few pieces of equipment such as integrated circuits, all of the country's space intellectual property is proprietary.

Yang: China is among the second-tier countries in terms of space commercialization while the US is among the top tier. China has yet to become a major space power. The gap lies in lifting capacity, among other parameters indicating the comprehensive functionality of a rocket, and the lift span and functionally of satellites.

It is believed that China and the US will compete to lead the next phase of space commercialization, especially the commercialization of low-earth orbit. As for cooperation between the two countries in commercializing the space sector, I would say China wants its space program to reach out to the rest of the world, and I understand that both NASA and US companies are willing to get in touch with the Chinese side. But US regulations such as ITAR still serve as barriers to bilateral cooperation in this regard, although space, like other industries, is being globalized.

GT: What still needs to be done for there to be a sound regulatory framework for rocket launches in China?

Yang: There are strict review and approval procedures for rockets to be launched. A group of experts such as me will be consulted about space product eligibility. Meanwhile, there are clear requirements regarding orbits and radio frequencies that need to be met before rockets are allowed to be lifted.

Nevertheless, there is yet to be a set of technological standards to underpin the approval process like airworthiness approvals applied in civil aviation. A mechanism intended to offer a judgment in technological terms has to be put in place so as to measure how safe and reliable a rocket or satellite would be. The rocket and satellite manufacturers and associated companies are supposed to provide relevant data. Simply relying on comments of experts is not advisable.

The review and approval mechanism, essentially quantitative, needs to be initiated as fast as possible.

The future development of China's commercial space sector also requires greater efforts to address the issue of overlapping supervisory responsibilities among different government bodies. The US National Space Council could provide some clues about what China is supposed to do to create a well-functioning mechanism for space commercialization.

GT: India appears to keep a keen eye on China's space missions. How much progress India has made in its own space program?

Yang: I don't have much contact with India regarding their space projects. I would argue that India is not at the same level as China in the space sector. India records limited space activity. The country is also open to overseas markets in space terms, but the openness is quite limited. Unlike China which has fumbled its way into space strength, India has been dependent on the US and Russia to develop its space program.