OPINIONS China: One of the world’s most attractive countries

China: One of the world’s most attractive countries 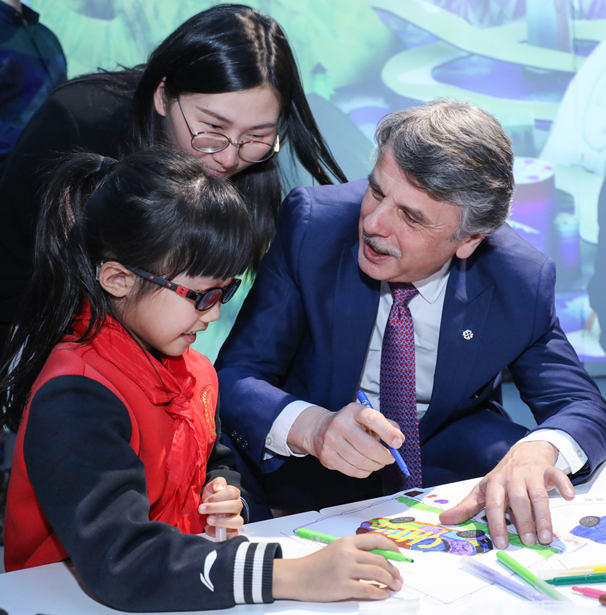 I visited China for the first time in the early 1980s. Back then, China had just started reforming and opening up, and was in an early stage of accelerated urban construction. There were not many cars, but the people there, many of whom were riding bikes on the streets, were showing energy in their eyes.

About 10 years later, I went to China again. The country was showing even greater signs of change, with a rapid development of infrastructure. The living standard of the Chinese people was improving everywhere you looked. There was a tremendous momentum all throughout the country.

To put it simply: one noticed right away that the roads were wider, and that automobiles were getting more affordable for average families. I started to realize that, as China’s automobile market took off, the country was seeing huge market demand. This demand would soon make China the world’s fastest-growing and largest auto market.

Subsequent visits to China gave me a more comprehensive understanding of the country’s development potential. After I became the CEO of Jaguar Land Rover in 2010, I immediately led the company to enter the Chinese market. We soon achieved leapfrog growth after entering what had indeed become the world’s largest auto market.

We started cooperation with China’s Chery Automobile Co., Ltd to produce automobiles and engines. So far, we have set up offices in four Chinese cities, including Shanghai, Beijing, Guangzhou and Chengdu, employing over 6,000 staff and authorizing 245 dealers across the country. I continue to be hugely optimistic about the Chinese market, and look forward to finding out what the future will hold.

As a witness of – and participant in – the miracle of China’s development, I am amazed by the spectacular progress achieved since the foundation of the modern nation. My daughter also developed a strong interest in China, under my influence. After she came to see it firsthand, she was immediately attracted by the dynamism and charm of the country. Now she is a doctor serving an internship in Shanghai.

As I started to learn more about this country, I came to understand why young people around the world are yearning to engage with it. My daughter often tells me that being a doctor in Shanghai means working at the forefront of medical science and having access to the world’s most advanced technologies.

This is true. It only took a few decades for China to become one of the leading countries in medical science, and ‘miracle’ has become the most frequently used word to describe China.

China has not only achieved economic development, but also advanced technological progress and an open and inclusive culture. The country is promoting world peace and development through dialogue and cooperation.

In recent years, China has lifted more than 10 million people out of poverty annually; it is seeing rapid expansion of the middle-income group, which is resulting in a growing set of expectations for the country from the world.

I believe China’s development is not only quantitative, but also qualitative. The country is leading the world in multiple areas and becoming one of the most attractive destinations on offer. Young graduates from many countries hope to work in China and get involved in the great tide of the country’s development.

Rather than focusing on only its own development, China also hopes to promote shared progress across the world. The Belt and Road Initiative (BRI) being implemented by the country has created a great opportunity for global economic prosperity. Today, the joint construction of the BRI is yielding rich developmental fruit.

In particular, the initiative is rapidly improving the infrastructure of participating countries. Infrastructure is an accelerator of commercial development, and the Belt and Road countries are seeing the benefits from it already.

Culturally, joint construction of the BRI has significantly boosted understanding and inclusiveness among different civilizations and diverse cultures. The BRI advocates for the principle of seeking shared benefits through consultation and collaboration, which not only helps innovation and fosters mutual understanding, but also improves the livelihood of the people. Besides, it also bears huge significance for promoting peaceful development.

We, as multinational enterprises, welcome the application of such principles. In our industry, the ideals being upheld by the BRI ultimately facilitate the international auto trade and the trade in auto parts. Only by sticking to this kind of reciprocal cooperation can enterprises achieve long-term development.

(The author is the CEO of Jaguar Land Rover. This article is edited by Niu Ruifei from People’s Daily)