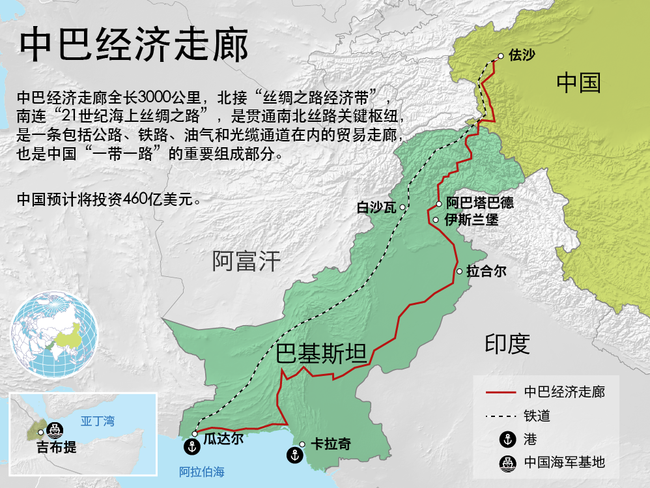 The Election Commission of Pakistan announced Friday that the Movement for Justice Party, led by former cricket hero Imran Khan, has won most seats in the election. Pakistan is about to face its second power transfer between civilian governments in its 71-year history. As an emerging power and third political force outside of Pakistan People's Party and Pakistan Muslim League-Nawaz, the Movement for Justice Party will hold power for the first time.

Given that power transfer in other countries has sometimes led to a temporary change of attitude toward Chinese investment, some Western media have been hyping the topic of whether a similar change would take place in Pakistan. Some have made wild guesses over whether Khan would adjust Pakistan's China policy.

All Chinese scholars interviewed by the Global Times expressed firm confidence in China-Pakistan ties. They believe China and Pakistan's all-weather strategic partnership of cooperation has lived up to its name, and the conditions that help foster this special relationship have not changed with the rise of Khan and his party. Supporting China-Pakistan relations remains a key pillar of Pakistan's diplomacy.

Movement for Justice Party's victory is a major political event in Pakistan. There had been other political oscillations in the country, but Beijing never interfered in Islamabad's domestic politics. China-Pakistan relations always transcend political changes within Pakistan.

As for China-Pakistan Economic Corridor (CPEC), there have never been any political trials against it in Pakistan. A consensus has been formed that the corridor is a mega project that benefits both countries. Discussions about the project are technical and never meant to pose strategic obstacles.

Khan reportedly said he appreciated the CPEC and that his nation can learn from China's crackdown on corruption and poverty alleviation efforts.

The CPEC has a strategic significance for both countries and will bring strong impetus to Pakistan's economic development. Western speculation about Pakistan's "debt issue" is not a technical analysis but political hype, a move to drive a wedge between Beijing and Islamabad.

China and Pakistan are carefully assessing relevant debt issues related to bilateral cooperation so that the debts will be kept within a controllable range. The two countries enjoy a high level of mutual trust and their coordination has been active and close. These factors fundamentally assure smooth bilateral cooperation.

Analysts believe Khan's challenges come mainly from domestic sectors. The most urgent issues include domestic extremism, economic development, a population boom and a water crisis. Economic development is obviously the key to solving other problems. China is Pakistan's most reliable friend in its initiative to strive for stability and prosperity. China's overall support to Pakistan is irreplaceable.

Few Western media are friendly and fair toward Pakistan. Smearing Pakistan's reputation and China-Pakistan relations is all too natural for them. They barely said anything positive about the CPEC and this attitude will hardly change in the future.

The economic corridor will not be built in one day. China and Pakistan should ignore those comments and there is no need to get upset. We should continue carrying out our work, implement the plan in accordance with reality, make sure our work fits both countries' interest and plays a constructive role in regional prosperity.

Pakistan's development was often disturbed by turmoil but its destiny will not always be sluggish. Development will once again become the main theme of the country which needs support from infrastructure. With the recession of extremism in South Asia, the future of CPEC is bright and it will be the new bond between Beijing and Islamabad.