BEIJING, April 19 (Xinhua) -- In the countdown to China’s deadline to eradicate absolute poverty by 2020, the socialist system is playing a crucial role. 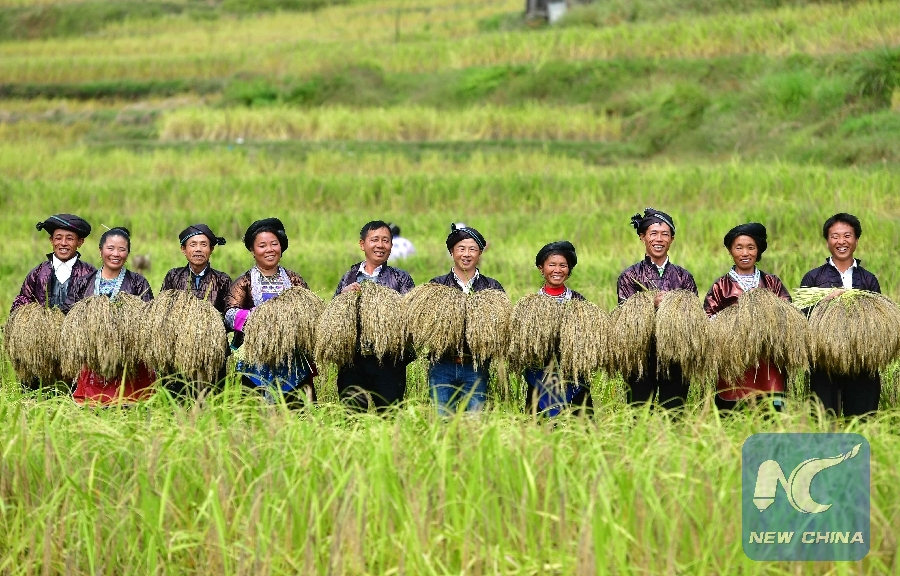 "Socialism means development. Development must serve the common prosperity for everyone," President Xi Jinping called for greater efforts to win the battle against poverty on time during a recent inspection tour to southwest China's Chongqing Municipality.

China’s socialist system has made it possible to pool resources for its aims and stick to its targets from start to finish, especially when it comes to tasks concerning people’s livelihoods.

Thanks to consistent hard work, more than 700 million Chinese people have been lifted out of poverty in the past four decades, with poverty rate in rural areas lowered from 97.5 percent in 1978 to 1.7 percent in 2018.

The Communist Party of China (CPC) in 2017 pledged to eliminate poverty in all poor counties and regions by 2020, waging a final war on poverty to realize its goal.

Under the leadership of the CPC, poverty alleviation has become a strategic task for the country. Governments at every level have taken steps to ensure the task is completed on time.

Party members have been dispatched to impoverished villages across the country to assist poverty reduction work, including government officials, ex-servicemen and college graduates, all working to fully implement the central government policy.

China has made it crucial to adopt customized measures based on local conditions to ensure resources are used in the right place at the right time.

With only two years until the deadline, the country is at a critical juncture in finishing off the final, and most difficult tasks, in its poverty reduction campaign. The socialist system will continue to show its strength in the final battle.