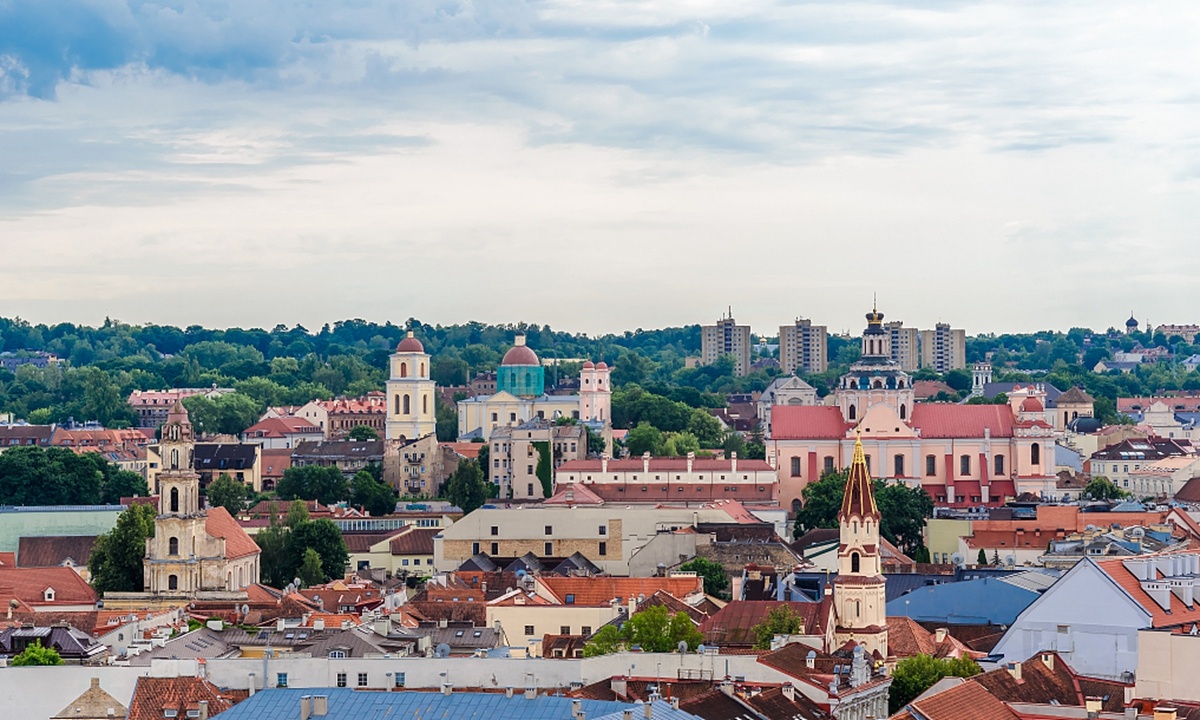 After China announced the recall of its ambassador to Lithuania and demanded the country withdraw its top envoy from China, US Department of State spokesperson Ned Price condemned China's "retaliatory actions" at Tuesday's press briefing. He said, "We stand in solidarity with out NATO ally Lithuania… Each country should be able to determine the contours of its own 'one China' policy without outside coercion."

Nabila Massrali, the European Union's spokesperson for Foreign Affairs and Security Policy, also made statement favoring Lithuania on Tuesday, expressing regret over China's move. Her remarks were much milder than Price's.

It was totally unsurprising to see the US stand with Lithuania. This European country has nearly nothing to do with the island of Taiwan. The reason it has been provoking China over the Taiwan question is to cater to the US. The screenplay of Lithuania was even one that had been played by Washington.

However, Lithuania has gone too far and touched the most sensitive hotspot in East Asia. It may not even know what it has been doing. The Taiwan question is the most salient geopolitical redline in the entire western Pacific. It is about China's core interests - China will never sit idly by if a country tries to touch on this redline.

Even the old hands in dealing with China such as the US and Japan adopt the "salami-slicing" tactic with great caution and dare not go too far at one time. The US has not allowed the Taipei Economic and Cultural Representative Office in the US to change name. Supporting Lithuania to allow Taiwan authorities to establish an office under the name of "Taiwan" is a detour that aims at avoiding conflicts intensifying quickly.

That Lithuania allows Taiwan authorities to establish an office under the name of "Taiwan" is an extremely reckless behavior that will shake China-Lithuania ties. With only a population of less than three million, it is the most anti-Russia country in Europe. Perhaps it has become used to a provocative foreign policy and turned its anti-Russia impulse to China, a country that has never had conflicts with it. Its ignorance is startling.

China must take strong countermeasures against Lithuania. If Lithuania persists, China must be prepared for a breakdown in ties. In addition, China should join hands with Russia and Belarus, the two countries that border Lithuania, and punish it. China and Russia are necessary to jointly deal a heavy blow to one or two running dogs of the US to warn other countries. China should not allow a few US allies to provoke China and Russia by breaking the bottom line of the principle of international relations.

Lithuania, one of the countries that has gone the farthest in simultaneously provoking China and Russia, should be one that needs to be taught a lesson by the two.

As the US started a new round of provocations over the island of Taiwan, China's cost to deal with this question will increase accordingly. This has prompted China to think about whether it should accelerate the progress to solve the Taiwan question for good, completely eliminating the possibility of some US pawns using Taiwan as a bargaining chip. Such a strategic consideration is becoming increasingly urgent for China.