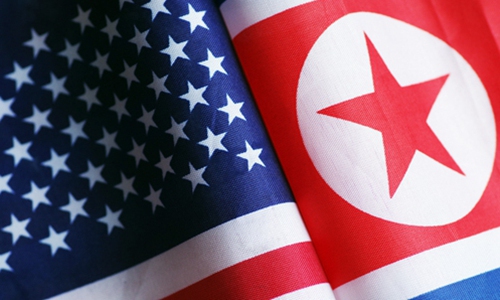 In 2006, North Korea tested a nuclear weapon for the first time. Obviously, one of the major reasons was the fear to ward off threats to its government from the US that never spared a regime opposed to Washington.

Since sanctions have driven Pyongyang to keep testing weapons, the US and its allies have been edgy and the demand to denuclearize the Korean Peninsula has become a task of the international community.

It is necessary to keep in mind that denuclearization is one of few options where interests of such countries like Russia, China and the US overlap. Nevertheless, the differences start when the sides decide how to achieve the goal. Both Russia and China insist on political and diplomatic leverage to be used in terms of Korean Peninsula nuclear crisis while the US is ready to apply military force to get rid of the Northeast Asian country's leadership.

It is also worth mentioning that after US President Donald Trump met North Korean leader Kim Jong-un in Singapore in 2018, Pyongyang suspended nuclear tests and closed a nuclear test field. Did further US actions meet its counterpart's expectations? Obviously no, because the only thing that US administration did was the suspension of the joint military exercise with South Korea in the border area.

In November 2018, joint exercises were resumed. North Korea conducted a test at the space-launch complex on December 13. This test disappointed Trump.

According to some estimates, North Korea is aimed at urging the US administration start talks to resolve the issue this year while the US side is unwilling to reach a solution and is trying to keep North Korea under constant pressure. Meanwhile, the humanitarian situation has deteriorated in North Korea.

In the situation, both Russia and China came up with the initiative to consider a UN resolution to ease sanctions on North Korea on December 16. On the one hand, the draft seeks to continue the dialogue between US and North Korea to establish new relations between the two sides and to resume Six-Party Talks.

On the other hand, Russia and China suggest that sanctions related to railway and road projects should be cancelled. Regrettably, the US gave a cold shoulder to the proposal, saying that the UN Security Council should not be considering "premature sanctions relief" for North Korea, according to Reuters.

What is driving Russia and China to make the proposal? The basic reason is humanitarian concern. Nobody wants people of North Korea to suffer because the US government is unwilling to resume talks. It is necessary to restart Six-Party Talks and the latest Russian-Chinese initiative may pave the way to them.

Besides, it again attracts attention of the international community to the Korean Peninsula, reminding us that there is a stalemate and it is time to move forward. North Korea also needs security guarantees that no force will be applied to change its regime.

What could be the result of US refusal to adopt the Russia-China UN resolution? First, it will worsen the humanitarian situation inside North Korea. Second, it will not facilitate confidence building measures in the region. Third, North Korean diplomats have suggested that the country would release a new defense strategy as a kind of "Christmas gift" to the US which will take into account the results of the failure of the talks with Washington. This will aggravate the deadlock on the Korean Peninsula.

Under these circumstances, Russia and China should try to work with South Korea as the most concerned party in the resolution of the issue, by trying to persuade South Korea to avoid conducting joint military exercises with the US that can crank up the tension. It would be beneficial if the US gave diplomatic recognition to North Korea.

This step could bolster Pyongyang's confidence that Washington will not resort to force and will not try to overthrow its leadership. What is remarkable is that Russia and China has combined their efforts and put forward the draft of the resolution together. It means that both partners are ready to work together to achieve important foreign policy goals. Besides, the US is losing the initiative which it had during and after several Kim-Trump summits.

While dealing with North Korea we should keep in mind: never put another in a corner when the only way out is over you.