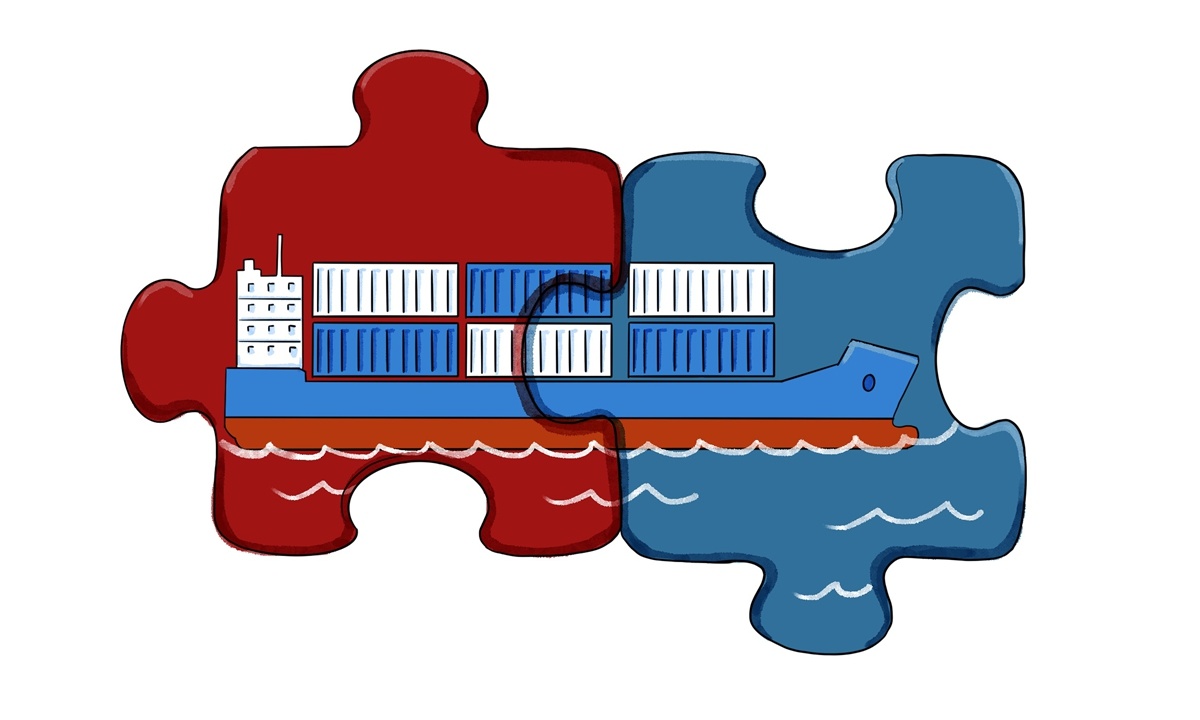 Since former US President Donald Trump came into power in 2016, international relations among major powers have been on a roller coaster marked by escalating tensions across a wide range of areas from trade to geopolitics. But while rifts among some major powers keeps widening, there is also close ties formed. Most notable and consequential is the ever-closer relationship between China and Russia, which continues to grow closer despite an apparent attempt by US President Joe Biden to undermine it.

How close China and Russia are in terms of diplomatic ties? Chinese State Councilor and Foreign Minister Wang Yi has described the two nations as better than allies.

Addressing a reception to mark the 20th anniversary of the signing of the Treaty of Good Neighborliness and Friendly Cooperation on Sunday, Wang said that both sides should further deepen mutual political trust and push the comprehensive strategic partnership in a new era between China and Russia, which are "not allies but better than allies," to new heights.

Given the developing ties between China and Russia amid the US' increasingly unhinged approach in an attempt to stir up tension, there has been much speculation and discussion about whether China and Russia are forming an alliance, a practice most used by the West to push for their ideologically driven agenda. As Wang made it clear, China and Russia are noting pursuing such an approach but they are actually better alliances.

While there is no doubt about the closeness of the China-Russia relationship, especially in the diplomatic field, relatively "weaker" spots do exist that need both sides to make greater efforts to address in order to further strengthen bilateral ties: The two sides need resilient economic and trade ties that form the basis for the solid bilateral relationship.

While economic and trade cooperation between the two countries have seen tremendous growth over the past several years, the overall volume is still significantly lower than that between other major economies.

In 2020, trade between China and Russia reached $107.77 billion, passing the mark of $100 billion for three straight years; however, that is much lower than the trade volume of about $586.7 billion between China and the US - which remains engulfed in trade tensions. Russia is not in the top 10 when it comes to China's major trading partners.

There is a lot of factors that contribute to such relatively small-scale trade between China and Russia, including different economic and industrial development stages and focuses; however, there are also many more areas where the two countries can still bolster growth, including energy, agriculture and cross-border e-commerce. The two countries also have great mutual interest in expanding cooperation on promoting the use of their own currencies to avoid risks from increasingly weaponized US dollar hegemony.

On the official level, both sides have taken series of actions and policies to bolster economic and trade cooperation. For instance, the two countries have been pushing for cooperation in the energy sector, including nuclear power projects and gas pipelines. Officials have also vowed to promote cooperation under the Belt and Road Initiative and a Eurasia economic alliance.

While steady progress has been made, there could be faster growth in many sectors and the business communities of the two countries are the key to push for such growth. Chinese and Russia businesses have the best political and diplomatic environment to pursue pragmatic cooperation, in stark comparison to the difficulties and hurdles faced by businesses in other countries. Close diplomatic ties undoubtedly provide stable conditions for pursue business deals.

Facing an increasing hostile US government that are relentlessly seeking to contain or disrupt the development of both China and Russia, the two countries must not only strengthen bilateral economic and trade ties but also involve more like-minded countries and regions in Eurasia and beyond to form a powerful economic cooperation mechanism that is powerful enough to counter the US constant abuse of its economic hegemony.

With deep political trust and coordination between China and Russia, the US does not hold much advantage over the two partners in terms of geopolitics and diplomacy; however, the US holds a much greater advantage in economic and trade areas, and it is imperative that Beijing and Moscow bolster cooperation to counter Washington's economic hegemony. Leveraging the private sector and building a collation that includes more countries and regions involved in the efforts is a key part of this solution.

The author is the deputy director of the Business News Center at the Global Times.