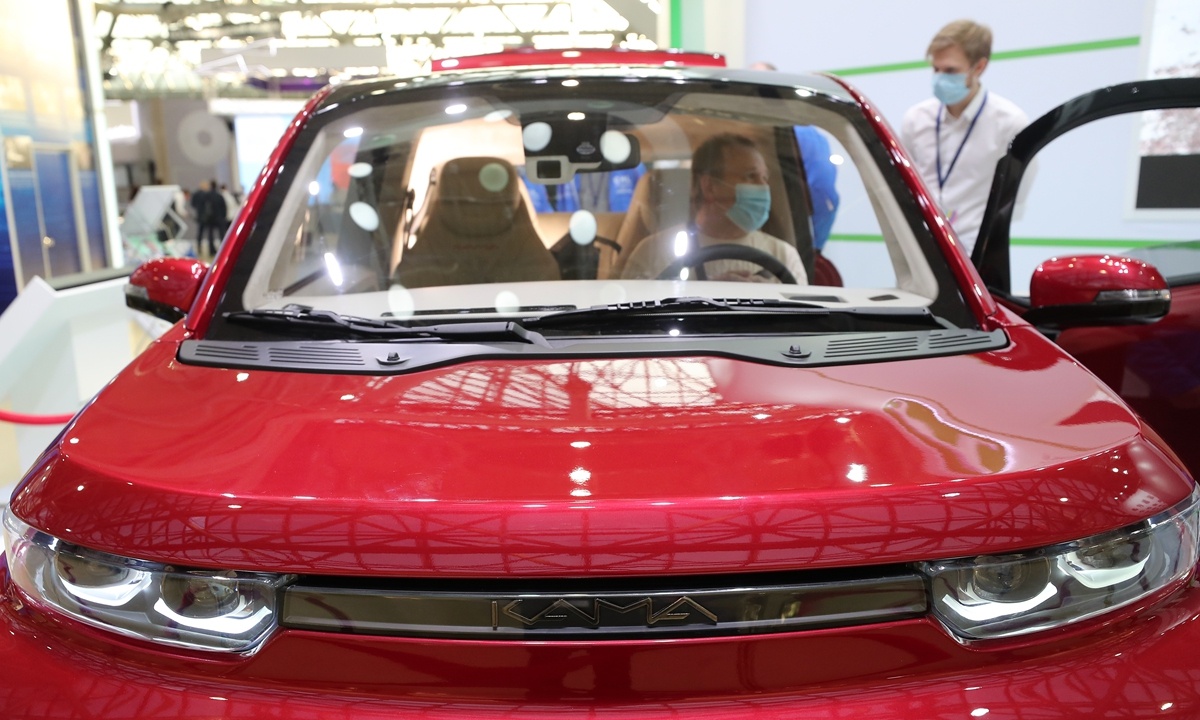 A research paper released by the Chinese Ministry of Commerce recently called on China's new-energy vehicle (NEV) companies to consider an expansion of exports toward the Russian market. This development, given time, will likely open a new front in China-Russia auto industry cooperation.

Though only setting a modest emission reduction agenda, the Russian government has realized the importance of developing an NEV market to replace traditional combustion engine vehicles as extreme climate events such as the floods in Germany this summer become increasingly severe. Russia aims to lower emissions by 30 percent on 1990 levels by the year 2030. Eurasian Economic Union nations have also announced a zero-tariff policy for pure electric cars up to end of 2021, according to media reports.

The research paper by Ministry of Commerce addressing the Russian NEV market outlined that the sector was still in its nascent stage, with only 6,300 NEVs on the road as of 2020, equally a market penetration rate of a mere 0.01 percent. The related infrastructure needed to power NEVs face similar obstacles, with Moscow, the leading city for electrification, only planning to install 600 charging poles by 2023.

However, the Russian government has big plans to develop the sector. Annual funding of $1 billion is earmarked for developing autonomous driving, hybrid and electric cars.

China could have a role in accelerating development of Russia's domestic NEV sector. Chinese enterprises have full capacity to provide all-round services to Russia to boost usage and penetration. It is already the world's the largest NEV market, selling 1.36 million units last year, and is also home to the world's largest new-energy vehicle industry featuring domestically developed technology and components from batteries to electronics. China boasts a long list of NEV brands with start-ups as well as auto industry veterans that had already embarked on an electrification process. Given these strengths, consumers in Russia will have a wide range of options to pick from among imported Chinese NEVs.

Cooperation on NEV between China and Russia is one area where government policy compliments trends within consumer markets, this also ties with Russia's need to establish necessary NEV infrastructure and meet emission reduction targets.

The uniqueness of the Russian market, its high latitude and ultralow temperature, will help Chinese NEV companies to hone their products, including battery technology, which currently tend to have a low performance in cold weather.

Increased exports of NEVs from China to Russia will improve the quality of trade and optimize structure of the China-Russia trade, in addition to providing a significant boost to bilateral trade volume and help realize a $200 billion trade goal set up by leaders of the two countries.

Chinese NEV makers have proved their competitiveness in the European market, there is confidence that their capability will also be validated in Russia. It is high time for Chinese enterprises to expand, or at least seriously consider market entry into the Russian market. Afterall, China-Russia ties are at historical highs.

The author is president of the Contemporary China-Russia Regional Economy Research Institute.