JOHANNESBURG, June 10 (Xinhua) -- China's poverty reduction and economic feat achieved under the leadership of the Communist Party of China (CPC) sets an example for many developing countries to follow, a leader of South Africa's ruling party has said. 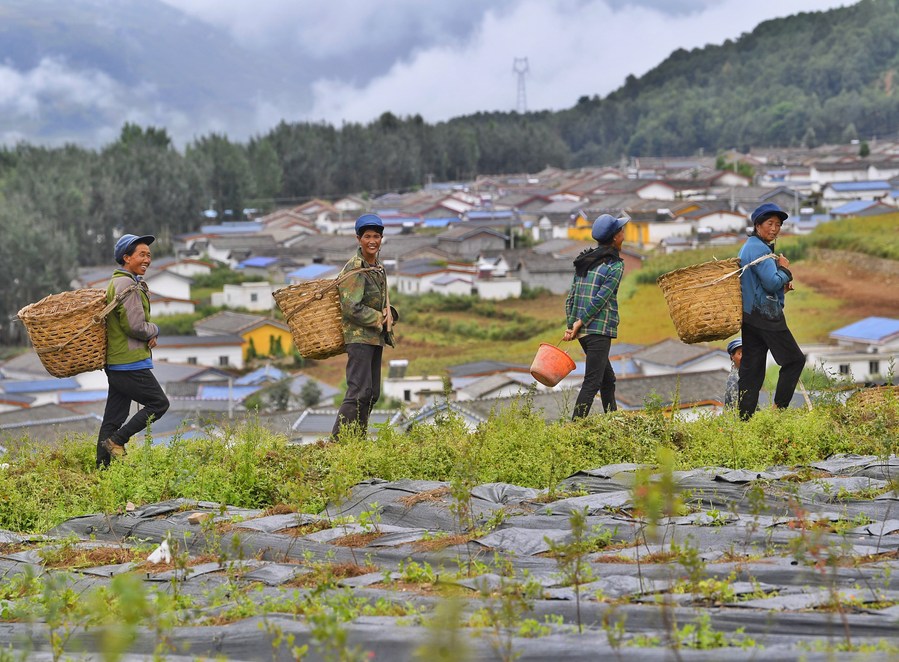 "China's achievement is remarkable," Jessie Duarte, deputy secretary-general of the African National Congress (ANC), said in a recent interview with Xinhua, noting that "China is an example for many developing countries to learn from (in) areas such as poverty eradication as well as economic growth and development."

Picking up the third volume of "Xi Jinping: The Governance of China" from her desk, Duarte said the book "elaborates on China's courageous, ground-breaking development objectives which emphasize maximum quality and speed while staying true to Chinese cultural identity."

"I have read it, ... (It) is quite insightful on socialism with Chinese characteristics, poverty eradication and building a moderately prosperous society" in all respects, said Duarte.

Speaking of the efforts that China has made in building socialism with Chinese characteristics, she said, "It is important that nations adopt ideologies and developmental paths which are true to their own history, national identity, and unique circumstances instead of just following what others are doing."

Duarte believed the people-centered approach upheld by the CPC is about dedication to serving the public with unwavering diligence, an idea that resonates with the ANC, which honors the belief of Batho-Pele, or "People First."

Noting that this year marks the 100th anniversary of the founding of the CPC, Duarte said the past 100 years saw many achievements of the Asian country.

"On behalf of the national executive committee of the ANC and its members, I would like to take this opportunity to congratulate the CPC on a highly successful century," said Duarte. "We wish you even greater success in the coming century."