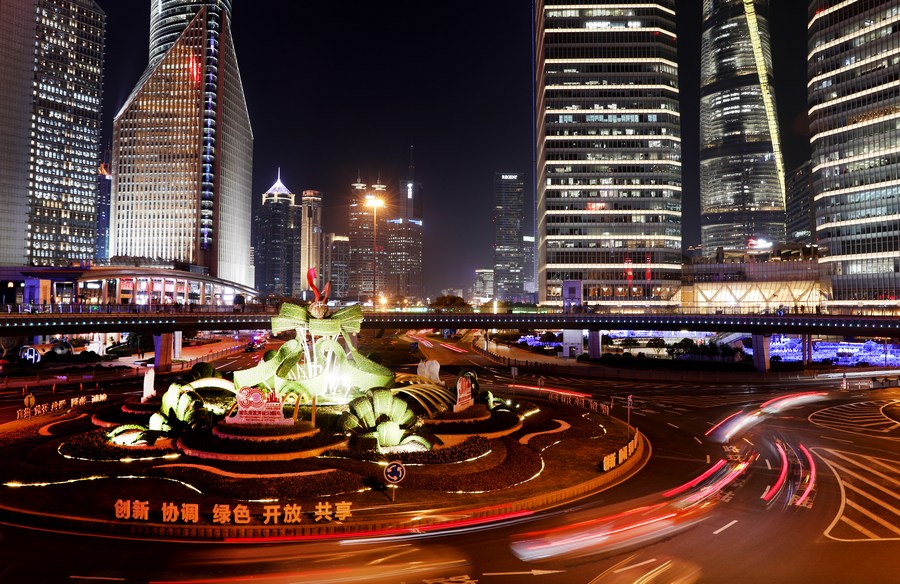 A New Zealand expert says that China's application to join the Comprehensive and Progressive Trans-Pacific Partnership (CPTPP) can be seen as a positive step forward in the country's trade integration with the Asia-Pacific region.

China's accession to the CPTPP would expand its range of deeper trade connections with the countries in the region, said Robert Scollay, an associate professor and director of the APEC Study Center at the University of Auckland, in an exclusive interview with the People's Daily, calling China's move "a positive step to bringing the Asia Pacific region together."

"I think this reflects probably a general understanding in New Zealand and probably other CPTPP members that if China is applying to join the CPTPP on the basis that it will accept all the existing provisions of the CPTPP," Scollay said, "that would be a very welcome development."

Scollay, an expert on regional trade agreements and regional economic integration, said that China's accession can only be good for New Zealand "if the CPTPP deepens the relationships among all the CPTPP members, which will benefit all the members."

In September, China officially filed an application to join the CPTPP. Scollay said that joining the CPTPP would require some additional economic reforms in China, but they are probably reforms that China is planning to make, and that certainly will be of benefit to China.

China already has trade agreements with many of the existing members of the CPTPP, and joining the trade pact will add to China's trade range, and also will benefit both China and trading partners in the CPTPP, Scollay said.

In addition to New Zealand, Vietnam, Singapore and Malaysia have also welcomed China's interest in joining the trading pact. Scollay said these are "obviously positive signals."

There are also some difficulties facing China in joining the CPTPP, Scollay said, adding that the first one is whether China is indeed willing to meet all the provisions of the CPTPP.

Another issue is that China's Taiwan region also submitted its application for the trading pact in September, Scollay said. China has expressed many times that it firmly opposes its Taiwan region's accession to any official agreement including the CPTPP. Scollay said the applications should be processed "on the basis of the one-China principle."

The US can also be a difficulty that China faces in joining the CPTPP. Scollay said that the US, as a great power, follows its own interests, and probably will try to persuade some of the existing CPTPP members to use their veto rights to keep China out.

However, Scollay said, "the US does not have any kind of moral right to object to anybody else joining the CPTPP because it withdrew from the original Trans-Pacific Partnership (TPP)."

"The US would see that if China was to join the CPTPP," Scollay said, "that actually would be a positive thing, not only for the region, but also for the US itself."

Some US policymakers, including Commerce Secretary Gina Raimondo and Trade Representative Katherine Tai, have made it very clear that the US will not rejoin the CPTPP in the near future.

Talking about the different attitudes shown by China and the US toward the CPTPP, Scollay said that if the US was prepared to join the CPTPP and took a constructive approach, most of the existing CPTPP members would welcome it.

"There'd be some questions about what conditions the US might try to impose for rejoining the CPTPP," Scollay said. "There is a possibility that the US might set conditions that other CPTPP members might find very difficult to accept, so we just have to wait and see."

The situation around trade politics in the US at the moment is "toxic," Scollay added.

He hopes that China will look at its application as the basis of demonstrating its willingness and openness to joining a high standard agreement and take a positive approach to contributing to trade integration in the Asia-Pacific region.

Speaking of China's reform and opening-up policies, Scollay said that China's accession to the CPTPP will "definitely promote that."

Scollay said that when China was considering an application to participate in the TPP several years ago, there were questions about whether the accession would be positive to China's economic reforms or a step too far.

He also recalled reports saying that TPP membership would benefit China as much as joining the WTO did, by promoting economic reforms.

"There are still important reforms in China that would be promoted or catalyzed by joining the CPTPP because those reforms would have to happen if China was going to join the CPTPP," Scollay said.