OPINIONS China's countermeasures ready for prolonged 'war' with US

China's countermeasures ready for prolonged 'war' with US 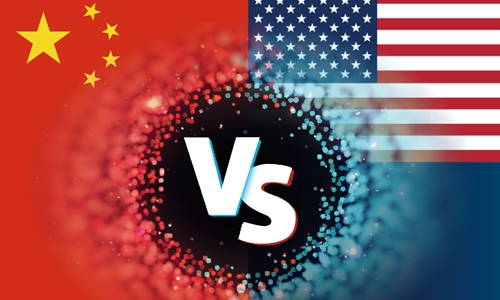 Based on Global Times sources, if the US further pinches Chinese telecommunication giant Huawei by blocking companies such as TSMC from providing chips to the company, China will carry out countermeasures, such as including certain US companies into its list of "unreliable entities," imposing restrictions on or investigating US companies such as Qualcomm, Cisco and Apple, and suspending purchases of Boeing aircraft.

It seems the US is ratcheting up efforts to pinch China's high-tech companies. China must be prepared for the worst-case scenario of a complete decoupling with the US in the high-tech sector. Although the Trump administration's menace of decoupling with China is part of its election campaign strategy, the radical approach of suppressing China has become an irreversible trend in the US.

The environment for China's peaceful development has changed greatly. China's domestic and foreign policies must also adjust. US suppression has become the No.1 challenge to China's development. For quite a long time, we need to release our strength to destroy US bluster.

China's countermeasures are a showcase of attitudes, which serve as a reminder to the US that the US has to pay a heavy price for suppressing Huawei. The expansion of China's market is a certainty in the global economy. The US-initiated decoupling with China's high-tech sector will inevitably make US technological and industrial giants lose the Chinese market and weaken their global competitiveness.

As the US is in a more technologically advantageous position, China will be compelled to face a tough time. During this period, unfavorable elements in the international community will increase. For instance, some countries and their forces will make a bargain by exploiting China's unfavorable position, which will add to China's cost of handling international affairs.

China must display its strategic demeanor as a major power. We need to set up the ability and mentality to tangle with the world, during which process China's historical culture can endow us with inspiration.

We must be clear that coping with US suppression will be the key focus of China's national strategy. We should enhance cooperation with most countries. The US is expected to contain China's international frontlines, and we must knock out this US plot and make China-US rivalry a process of US self-isolation.

China should take measures to dilute ideological clashes with the West. Values are the cheapest tool with which the US rallies its Western allies to suppress China. Every country has the right to walk its own path. China's path has benefited its people and does not hurt the interests of Western countries. There is a basis for China and the West to respect each other and co-exist peacefully.

That the US suppresses China in full fury goes against trends. As long as we do our job well, there is no need to fear Washington's thirst for power. If the US really walks beyond the lines, we will first make some US companies suffer to show our strength and resolve. Then we will think how to cope with all these changes and adopt a down-to-earth manner to engage in a prolonged struggle with a reckless US.