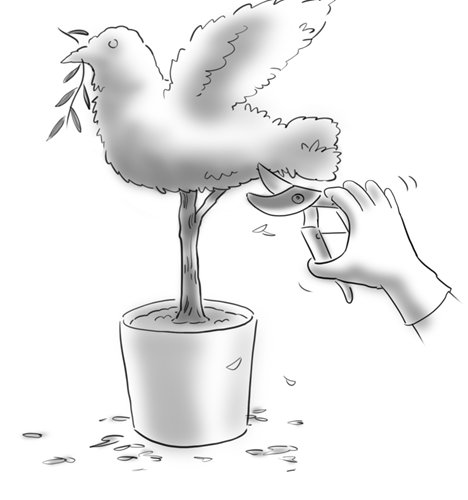 In sharp contrast to last year's crisis-riddled situation, the Korean Peninsula is now embracing an uneasy détente. In addition to inter-Korean rapprochement, North Korean leader Kim Jong-un and US President Donald Trump, who once traded personal insults, agreed to meet in May this year. US-North Korea rapprochement seemingly is in the making. As Kim and Trump grab headlines and enjoy the limelight, one thing that deserves special attention is China's role in promoting the US-North Korea summit and denuclearization of the peninsula should the summit go on to make some breakthroughs.

Undoubtedly a number of factors helped make North Korea change its mind regarding the nuclear issue. It abandoned the cliché that the nuclear weapons are the enshrined, non-negotiable sword and agreed to put them on the negotiating table with a promise to denuclearize under certain conditions. Among the factors, the ongoing sanctions played an essential role in forcing Pyongyang to recalculate the cost-and-benefit equation. As North Korea's No.1 trading partner, China has made a significant sacrifice implementing the UN Security Council's sanctions against North Korea. According to data released by China's General Administration of Customs, trade between China and North Korea in January this year dropped 52.1 percent on a yearly basis, the lowest level since at least June 2014. China's faithful implementation helped make the Security Council's resolutions effective. Nonetheless, as China pressured North Korea, it also tried to avoid pushing North Korea to the point of no return. As the Security Council considered a new resolution against North Korea, China rejected any knocking down of North Korea in one blow and left North Korea some breathing space. More importantly, China consistently insisted on a diplomatic solution to the North Korea nuclear issue. On the one hand, China sent senior leaders and special envoys to Pyongyang to register China's disapproval of North Korea's nuclear and missile provocations and persuade it to go to the negotiating table. On the other, China offered its proposals to promote talks between North Korea and other stakeholders. Even though China's efforts did not produce immediate results, the consistency of those efforts helped convince North Korea it had no future with nuclear weaponry and the only way out of its dilemma was to abandon nuclear weapons. In a phone conversation with President Xi Jinping, Trump acknowledged that Xi was right to insist that the US and North Korea should have dialogue.China played an indispensable role in encouraging talks between North Korea and the US. China is happy to keep its fingers crossed as the Trump-Kim summit approaches. The US and North Korea will face an uphill battle in the run-up to the meeting. China can and will play a large role in the process. First, the Sino-US cooperation in dealing with North Korea nuclear challenge will continue even though the cooperation has not been always smooth. If any side disrupts the cooperation unilaterally, their efforts to jointly cope with other hot issues will hit a snag in the future. The recent phone conversation between Xi and Trump clearly demonstrates that China and the US are still maintaining years-long cooperation and consultation as both sides still need each other in their joint pursuit of denuclearization of the Korean Peninsula. Second, in order to make the upcoming Trump-Kim summit fruitful, the existing sanctions should remain unabated. China's continually doing its part in that regard will be a key to turning North Korea's promises into reality. Third, North Korea has laid out two preconditions, guaranteeing the safety of its regime and removing the military threat against it, for it to give up its nuclear weapons. Even though the conditions need to be clarified, we believe that neither of the preconditions could be satisfied without China's active involvement and support. Last but not least, if the planned summit does achieve a major breakthrough in bringing North Korea's nuclear weapons program to an end, China, a veto-wielding power in the United Nations Security Council, is well positioned to encourage the Security Council to reduce or lift sanctions against North Korea. China would be ready to recover its trading relations with North Korea and create a favorable external environment for North Korea's sustainable economic development. In sum, China's geographical proximity and its increasing power and established interest on the peninsula determined that it was bound to play an important role in promoting denuclearization of the Korean Peninsula in particular and shaping the geopolitical order in Northeast Asia in general.