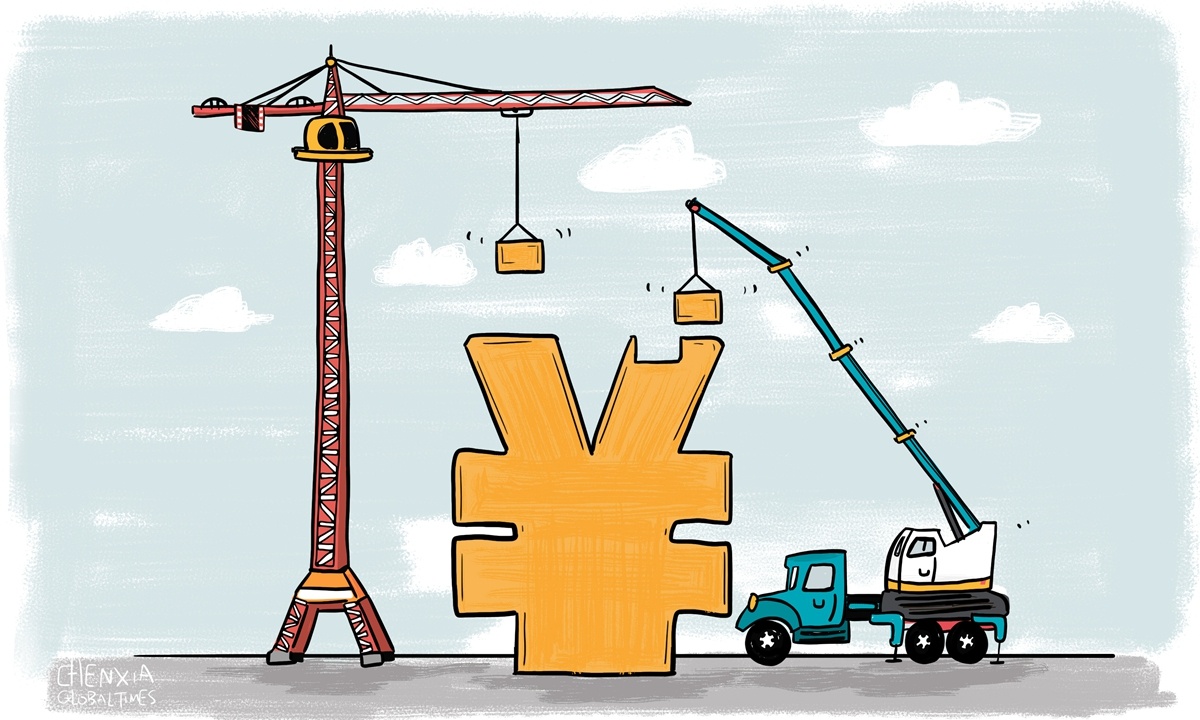 Since China rolled out a new development pattern featuring "dual circulation," there have been voices hyping concerns that the Chinese economy is "turning inward," and even interpreting the enhancement of internal circulation as "closing doors" to the global market. These claims are groundless and lack any basic foundation in economics.

Like many other countries that have achieved large-scale economic growth, the industrial and market patterns of China have been evolving and upgrading after decades of development. Along with technological development, an economic entity will see its comparative advantages change, and this leads to a certain degree of import substitution. It's not China's unique path.

Meanwhile, China has become one of largest markets in the world with a rapidly expanding middle-income class. China has over 400 million middle-income residents, mainly in first- and second-tier cities, with massive potential consumption growth.

According to the National Development and Reform Commission, consumer spending contributed 57.8 percent to the country's GDP in 2019, becoming the leading engine of economic growth for six consecutive years.

With a higher income level, Chinese consumers' demand for products and services is also changing, for both domestic and foreign products.

The strengthening of internal circulation has no contradiction with China's policy of opening-up. The country has been committed to promoting a high quality and level of reform and opening-up.

The fairs not only offer platforms for Chinese consumers to reach featured products from overseas markets, but also create opportunities for other economies to join the market, especially products from less-developed economies, which had insufficient ability to enter the market before.

Moreover, the shoring up of internal circulation was not a sudden policy shift as some Western media have said. The market of 1.4 billion people has formed complete industrial chains, which will inevitably lead to an increasing focus on the domestic market as the economy grows and technology develops.

As the domestic market keeps upgrading, it is inevitable that certain industries will lean more to the domestic market, while others tend further to overseas markets. The ongoing pandemic brings huge disturbances to the global trade market, which to some extent has facilitated certain Chinese exports shifting to the home market. However, China's overall trade has been increasing, even during the pandemic.

According to the General Administration of Customs, the nation's trade in the first three quarters totaled 23.12 trillion yuan ($3.49 trillion), up 0.7 percent year-on-year.

China has been a major engine of the global economy. With a rapid recovery from the coronavirus and further promotion of opening-up, the Chinese market's demand for overseas products will continue to increase and keep offering momentum for the global economic recovery.

The article was compiled based on an interview with Gao Liankui, distinguished professor and member of academic committee at EU Business School.