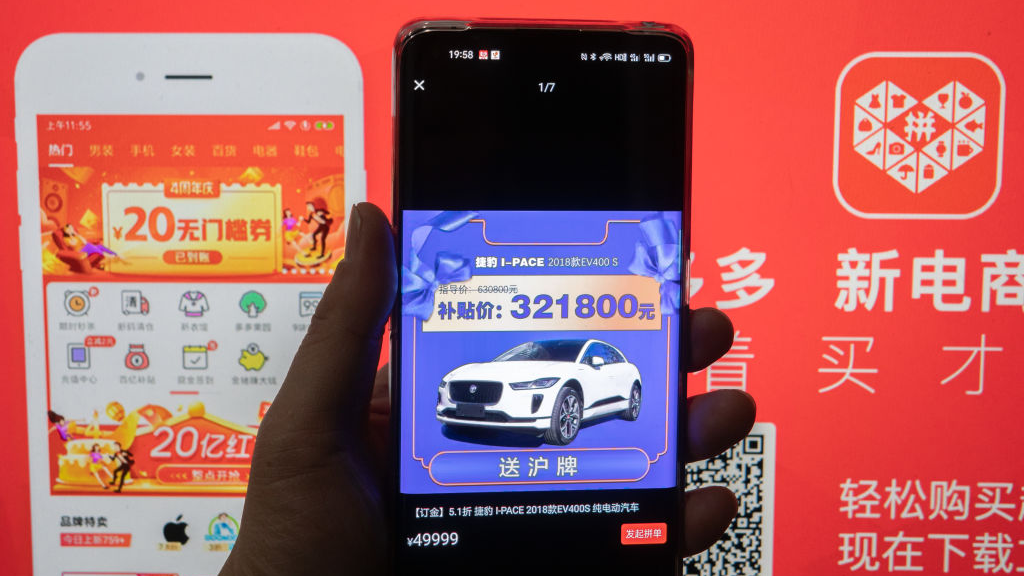 A Rolls-Royce Phantom and A Jaguar car are displayed on the pinduoduo mobile phone client page of the e-commerce platform in Shanghai, China, December 17, 2020. (Photo: Getty)

China is home to the world's largest e-commerce market, with more than half of the global e-commerce transactions taking place in the country. According to the International Trade Administration, an agency in the United States Department of Commerce, online retail transactions in China amounted to $1.93 trillion in 2019, and it is projected to reach $4.09 trillion by the year 2023. In 2021, China's e-commerce market is expected to be larger than the combined markets of the United States, United Kingdom, Germany, France, and Japan.

China's e-commerce market is growing at a phenomenal pace as a result of several factors. One of the key determinants is the country's large online population. China has the most digitally connected population in the world. In 2019, 883 million people were connected to the internet in China; this number was more than three times the size of the internet user-base in the United States. By 2025, 1.14 billion people will be connected to the internet in China; this number is far more than the 296.7 million people estimated to be digitally connected in the United States.

China has attained this remarkable feat via the effective implementation of evidence-based policies, together with adequate investment in telecommunication apparatus and other related infrastructure. These economic policies have proved to be viable and have made smartphones affordable in the country to the extent that a large proportion of China's population now accesses the internet using their mobile phones.

For instance, in 2019, more than 90 percent of China's internet user-base accessed the internet through their mobile phones; out of the 600 million people who used online payment services, 96.65 percent of this population considered mobile payment platforms as the most preferred choice. As part of efforts to achieve the goal of making internet services faster, affordable, and accessible in China, the Chinese government has ensured that the service rate has been reduced significantly, 1,000 Megabyte broadband has been extended to more than 300 cities and 5G services have also been launched in the country.

These measures have made the use of e-commerce economical and accessible, allowing manufacturers and small businesses to reach a larger customer base even without a physical store. China's integrated ecosystem, which intertwines retail, social, and search, is also playing an essential role in augmenting the accessibility of e-commerce in the country.

Unlike the United States and other developed economies where platforms such as Amazon, Facebook, and Google are mainly for e-commerce, social interactions, and searching, respectively. This environment is quite different from what is practiced in China, where social, e-commerce, and searching are all entwined in an ecosystem. A typical example can be observed with WeChat; the social media platform has a feature that allows retailers to operate a storefront that is connected to a social network. 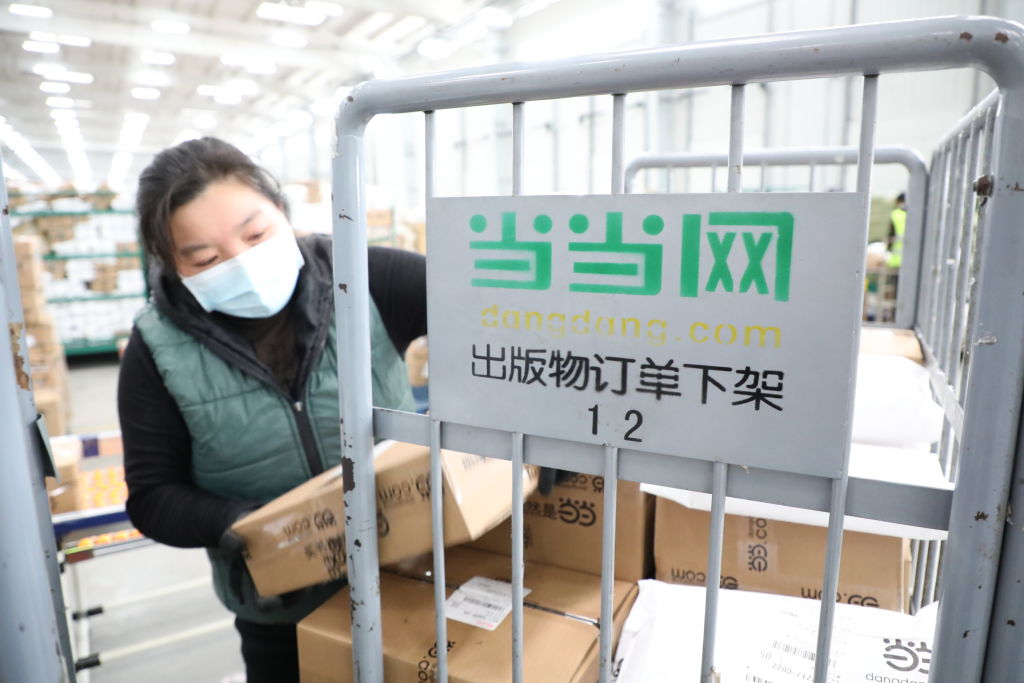 This development gives retailers the opportunity to interact with potential customers. Another dimension of this phenomenon in China is the use of social commerce, which is an interaction between retail and social networks. China's largest online marketplace for agricultural products, Pinduoduo Inc., is well known for adopting this strategy to match demand with supply. Although this practice, which is widely known as referral marketing, has been in existence, retail companies in China are not trying to reinvent the wheel but rather through innovative social commerce models and reliable payment services, these companies are constantly adapting new measures that meet the growing demands of customers in China's market space.

China's economy is benefitting from the sustainable and inclusive growth attributed to the successful participation of retail companies in e-commerce. China's adequate investment in information and communication technology is paying off through shared prosperity as the country's digital population's growth is aiding micro, small and medium-sized enterprises (MSMEs) to access new markets via e-commerce. The growth in China's connectivity has also presented an opportunity for e-commerce companies in the country to tap into global value chains.

Even though global e-commerce amounted to $3.4 trillion in 2019, this figure is estimated to reach $6.5 trillion by 2024 as the growth in e-commerce will outpace growth in physical retail. The share of Chinese e-commerce companies is also expected to increase significantly; this will eventually increase the size of China's foreign trade. China has been able to attain this astounding economic achievement by implementing pertinent policies that address challenges associated with the regulation of e-commerce, development of telecommunication infrastructure, and digital connectivity, which is worthy of emulation by the rest of the world.