BEIJING, June 16 (Xinhua) -- The newly released data from China's National Bureau of Statistics has shown that the country's economic recovery gained momentum in May as positive indicators keep growing. 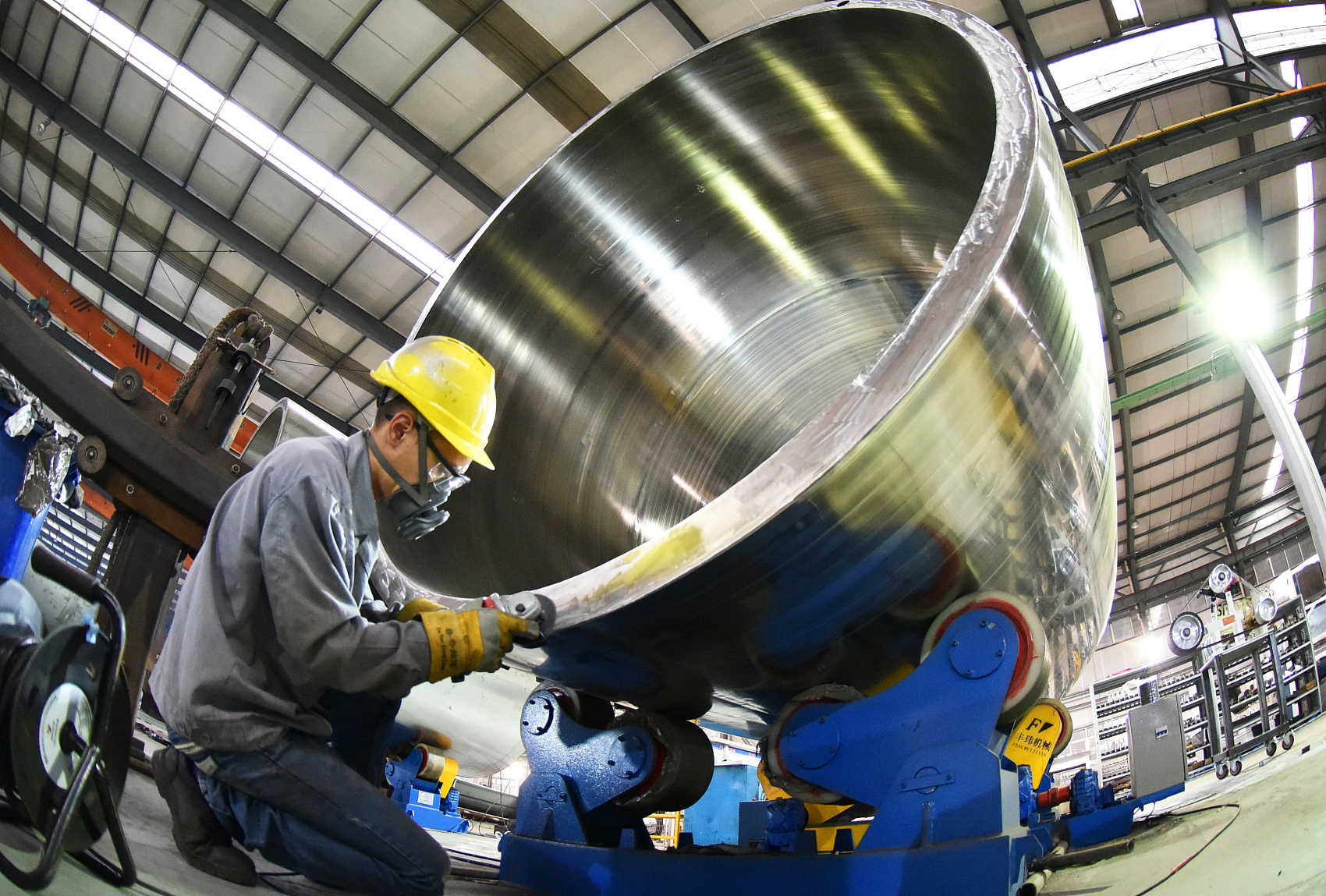 At a time when the world has been hit hard by the COVID-19 pandemic, China's steady economic resumption is injecting confidence and impetus into the gloomy global economy.

Data from the National Bureau of Statistics (NBS) showed Monday that factory activities continued to pick up in May with the value-added industrial output, an important economic indicator, going up 4.4 percent year on year. Other key economic indicators also showed signs of a rebound on the back of supporting policies to coordinate growth and the control of the coronavirus disease.

These clear and positive signals have demonstrated that the impact of COVID-19 on China's economy is only temporary, and China is capable of securing a stable, healthy and sustainable economic development. Just as Deutsche Bank's Chief Economist Michael Spencer predicted, China's economy could have a "very impressive" recovery and achieve growth.

First, China's domestic consumption, the primary driving force of the Chinese economy, starts to grow. Official statistics show that China's retail sales of consumer goods, a major indicator of consumption growth, declined 2.8 percent year on year in May, rebounding from a drop of 7.5 percent in April.

Despite a broader consumption downturn, online sales continued to be active as consumers turned to online services when staying indoors, with an increase of 4.5 percent year on year in the first five months, quickening by 2.8 percentage points from the first four months, the data showed.

"The Chinese consumer is back, and we are well on a way to a pretty broad consumer recovery," a Fortune magazine report in May quoted Andy Rothman, an investment analyst at the mutual fund company Matthews Asia, as saying.

Jeffrey Sachs, a renowned economics professor at Columbia University and a senior United Nations advisor, told Xinhua in a recent written interview that as China is coming out of lockdown ahead of other parts of the world, it will see an economic rebound in the second quarter, which will buoy markets abroad.

Second, new forms of economic activities have injected vitality into the market. From online classrooms and online medical care to working from home and selling goods through live broadcast, digital economy has well integrated with traditional industries in the Chinese market with the help of 5G networking technology, big data centers and artificial intelligence.

Third, effective monetary and fiscal policies have helped strengthen the resilience of the Chinese economy.

In past months, local governments and various departments have issued nearly 100 policies and measures in a bid to ease the difficulties of enterprises, increase credit support, facilitate circulation of supply chains, and back work and production resumption, which provided strong support for revitalizing economy.

Fourth, despite the impact of COVID-19, China is still making rapid and steady progress in further opening up.

So far this year, China's Foreign Investment Law has been put in place and implemented in an earnest way. South China's Hainan Free Trade Port has inked 35 key investment projects, including eight foreign-funded ones. On Monday, the 127th China Import and Export Fair, popularly known as Canton Fair, kicked off online in south China's Guangdong Province.

These major moves have demonstrated that the Chinese market continues to open up with larger potentials and more advantages for investments on the basis of a fair and open business, which is conducive to reviving the world economy.

At present, as the impact of the COVID-19 pandemic on global economy continues to unfold, China's economic recovery still faces risks and challenges.