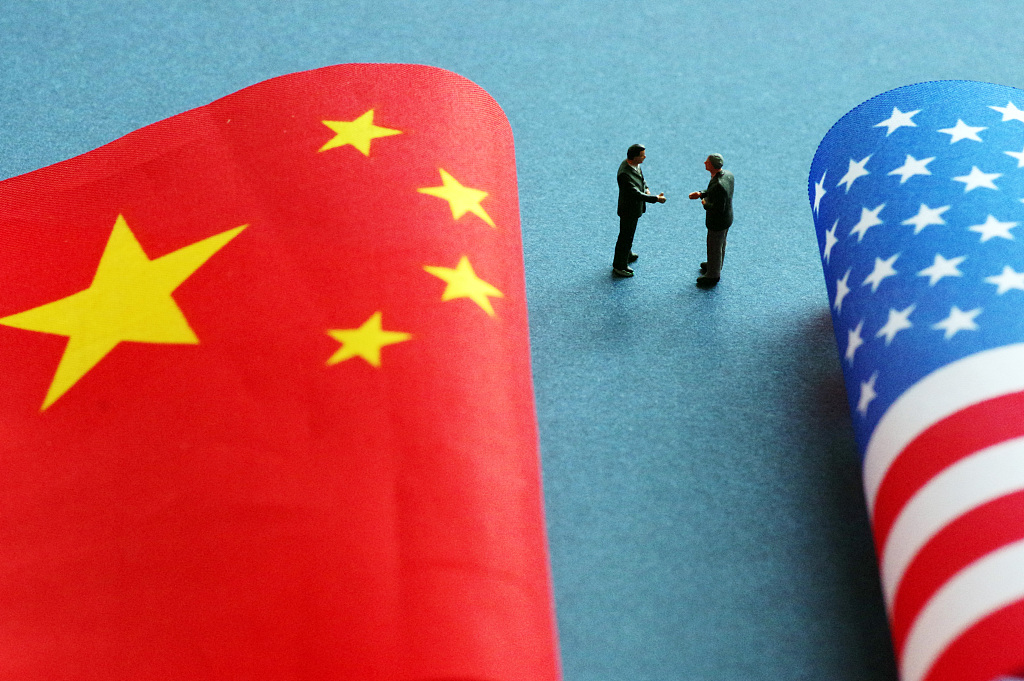 China has received much attention from the world for its economic vitality and resilience amid its economic and trade frictions with the US that has lasted over a year.

According to the half-year macroeconomic data released by the country’s National Bureau of Statistics (NBS) on July 15, China’s economy remained steady progress while signaling high quality development, injecting confidence into the world economy.

China’s economic performance has won high appraise from the international community that the country’s economic data have met market expectation, which shored up the global market.

However, the clichés of US additional tariffs taking a toll on China’s economy once again popped up, as some Americans are hyping up the so-called economic slowdown of China with an aim to have the world misinterpret China’s economic performance, which is quite ridiculous.

They said that the US is receiving billions of dollars in tariffs from China, with possibly much more to come. “These tariffs are paid for by China devaluing and pumping, not by the US taxpayer.”

Furthermore, they also falsely claimed that the United States tariffs are having a major effect on companies wanting to leave China for non-tariffed countries.

Despite these statements that have been made millions of times, what the international society sensed in China’s economic data is “stability” – a key signal that China sends out.

When the world is encountered with decelerated economic growth and uprising trade protectionism, China’s economy is also facing a combination of cyclical, institutional and structural problems.

Under this circumstance, China kept proactive fiscal policy and prudent monetary policy, focused on supply-side structural reform, and made stronger and timely countercyclical control measures such as larger scale of reduction of taxes and fees.

China doesn’t fear any challenges or risks, and is focusing on doing its own business well. The country’s confidence, strategic composure, as well as the steady progress to open wider and high-quality economic development, have all become important driving forces of the global economy.

In the first half of 2019, China delivered remarkable economic performance – a GDP growth of 6.3 percent, a “ballast stone” role of consumption, continuous expansion of foreign trade, stable commodity price, and rapid development of emerging industries.

Such performance explains the economic dynamism and resilience of China, and also brings good news to the whole world.

These data fully demonstrate that China’s economic restructuring has continued paying off, with accelerated replacement of the old growth drivers, a full release of the energy of market entities, and strong performance of domestic consumption and manufacturing. This explains why China is able to keep its composure when confronted with complicated and perilous situations.

China’s economy has kept an interconnected relationship with the world. In the first half of this year, the total value of imports and exports of goods increased 3.9 percent year on year. In addition, the country maintained stable growth in the export to the European Union, ASEAN and Belt and Road countries, and the actual utilized value of foreign investment rose 7.2 percent from a year ago.

So far, China has basically opened up its manufacturing sector, and is continuously reducing access restrictions for foreign investors in modern service industry. It is also seeing faster speed and higher level of opening up in the financial industry.

At the G20 Osaka Summit, Chinese President Xi Jinping announced that more will be done to open up the Chinese market wider; greater initiative will be demonstrated in expanding import; more steps will be taken to improve the business environment; equal treatment will be extended to all foreign investment; and greater efforts will be made to advance trade talks.

By further opening up, China will integrate itself more into the global economy, which will boost the common development of the world economy and guide the healthy progress of economic globalization.

From a global prospective, China’s consistency on peace and cooperation is particularly precious when some people are trying to sabotage the global industrial chain and having a pipe dream that foreign enterprises would finally leave China.

China has made progress in integrating with the world economy, achieving true global scale as a trading nation, McKinsey Global Institute (MGI) said in a newly released report. China’s exposure to the world has fallen in relative terms, and conversely, the world’s exposure to China has increased, the institute said.

At the Sumer Davos 2019, United Nations Under-Secretary-General Olga Algayerova noted that an increasing number of countries have joined the Belt and Road Initiative, which will bring more opportunities for development of all sides.

A research report from an Australian university also stressed the importance of opportunities in the economic exchanges with China. Besides, Monaco has become the world’s first country fully covered by 5G network under the cooperation with China’s Huawei Technologies.

From trade and investment to technology, China is contributing more and more positive energy to global development. These irrefutable facts are not negated by any “doom-and-gloom” evaluation.

A trend is obvious that Chinese economy will make progress while maintaining stability, and finally achieve long-term growth. It is worth anticipation that China will go hand in hand with its global partners and forge a high-quality global economy.