BEIJING, April 3 (Xinhua) -- China is a country under much scrutiny, and any economic changes it makes, big or small, are likely to come under the microscope.

This March, the Purchasing Managers Index (PMI), a main gauge of the manufacturing sector, reversed its downward trend to reach a six-month high. Before that, it had hovered below the boom-bust line for three months. 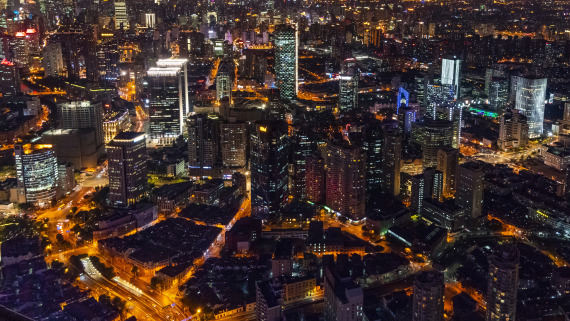 In addition, the latest development on fixed-asset investment and retail sales beat expectations, with consumption in rural areas and online sales posting robust growth, in particular.

The sound economic data came in as the International Monetary Fund (IMF) warned earlier that clouds were building for a possible "economic storm" in 2019, citing factors including trade tensions, tariff escalations, financial tightening, Brexit uncertainty, and a slowdown of the Chinese economy. Good news out of China is immediately turning stock markets green. Wall Street rallied as strong China data helped allay concerns about a slowdown in global growth.

To credit these encouraging changes to cyclical factors is superficial. Long-sighted government stimulus has played a key role.

One reason behind the economic upturn is tax cuts. The government has slashed the value-added tax rate in multiple industries, reduced social insurance contributions and streamlined administrative procedures on an unprecedented scale.

A deeper cause is China's ongoing structural reform, which has been reshaping China's economic structure by relying less on investment and exports, with consumer spending accounting for 76.2 percent of GDP last year.

More attention has been attached to the private sector. The Chinese government believes in the essential role of the private sector, as can be seen in strengthened funding support and eased market access for private firms.

Compared with policy tools used in the past, such as loosening credit and massive short-term stimulus, China's leadership is taking structural reforms seriously.