This year’s gaokao, or college entrance examination, started today. But an aspect of China’s long history in relation to exams comes to an end this year: The glorification of top scorers is now a no-no. 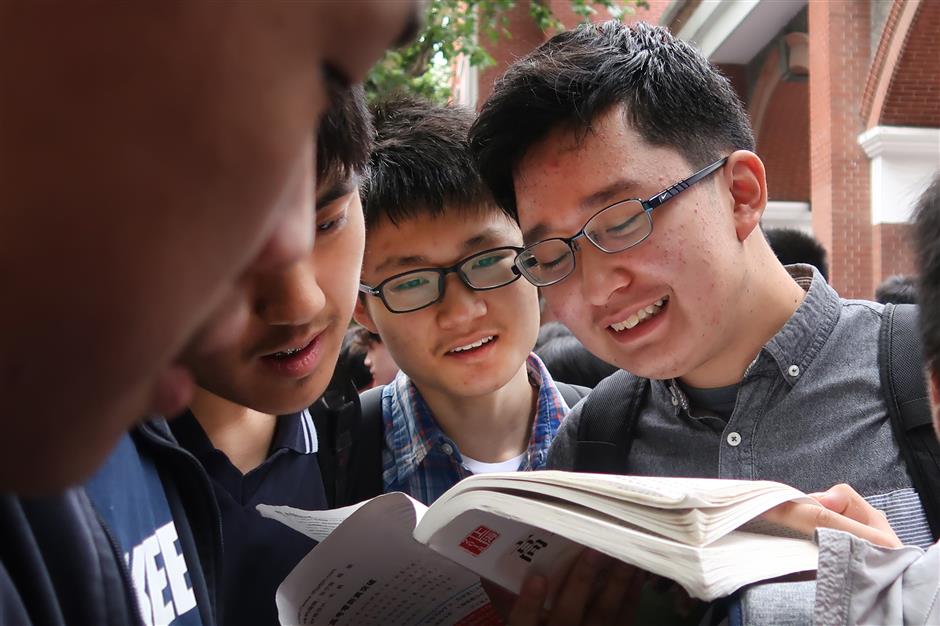 Students make the best use of their time going over textbooks minutes before the exam. (Photos: Shine.cn)

The exams will be taking China by storm in the following two days, as they do every year. Some 9.75 million high school students across the country — around 50,000 in Shanghai alone — are participating.

It’s a make-and-break moment for China’s students. Because of the country’s huge population, spots in China’s top universities are severely limited. Graduating from a top university is basically your ticket to job interviews and prestige.

Naturally, the only way to separate the wheat from the chaff, so to speak, is to put every student through the exam. Kids spend years up until that time preparing — results will likely set your path for the rest of your life.

Ever since probably the Han Dynasty (206 BC-AD 220), Chinese people have exalted and glorified those who score well in official examinations. Much like today, doing well in the imperial exams of the time meant a great job in the royal court, often working directly with emperors and nobility.

History has it that the specific penchant for idolizing top scholars, or zhuangyuan, originated in the Sui Dynasty (AD 581-618). That’s still a long time ago.

While the imperial system — and with it those imperial examinations — came to an end in 1905, China has clung on to its obsession with exams, and mastering them.

Gaokao zhuangyuan, or college entrance exam masters — the top scorers in each year’s gaokao from the different provinces around the country — became instant celebrities, looked up to not only by their peers and families, but by schools and the media. 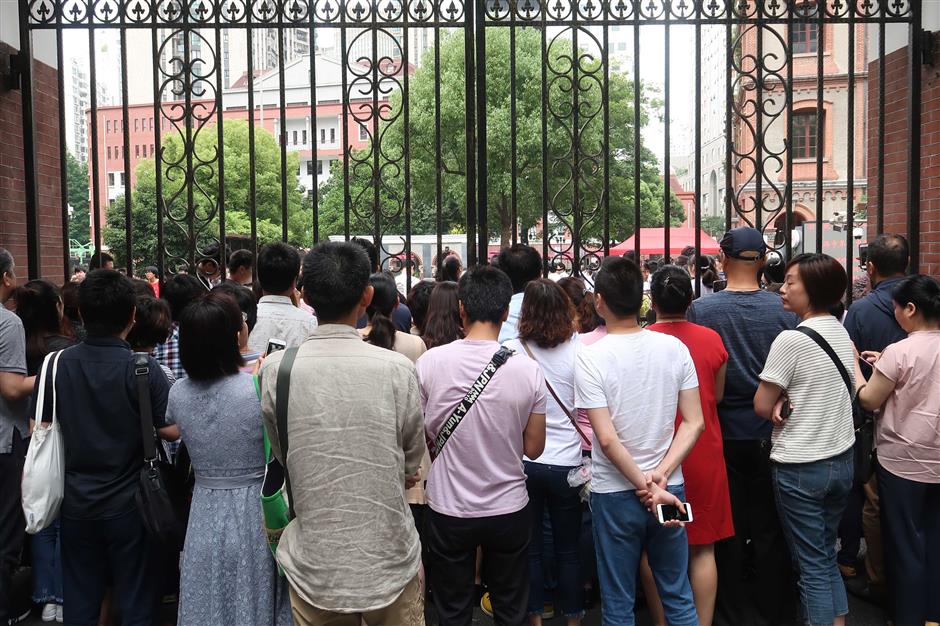 Parents wait anxiously outside the Shanghai No. 4 High School on the first gaokao day on June 7.

In a way that added some new impetus to the whole process and gave students something exciting to aim for, apart from just a spot in a top university and some respite from their parents. Many wanted stardom.

This put extra pressure on students in an already exhausting and draining time, and so officials have stepped in to pour water on the fire.

Chen Baosheng, Chinese minister of education, said at a meeting in May that anyone “propagandizing gaokao masters” or “promoting enrolment rate” will be dealt with swiftly.

It wasn’t only the media that were guilty of hyping up high scorers. Schools would publicize gaokao zhuangyuan as a way to attract more enrolments.

In a way I think it’s probably overall a good idea, with good intentions. I know how disappointed and heartbroken some students in China feel after their exams, especially after slaving away for years behind piles and piles of books.

And I know it’s hard, in a country with a population of so many, to decide who gets to attend the best universities. I don’t have any better ideas, but I’ve seen how some young Chinese inevitably felt devalued and less worthy after not getting into the best institutions.

A friend has recently taken part in dozens of job interviews, just in the hopes of getting an internship that pays nothing. The competition is fierce, and he often leaves the group interviews feeling dejected. “I’m not going to get it,” he would sigh. “There were so many people there from much better universities.”

That’s really sad, especially since I obviously know there is much more to a person’s worth than how they did in an exam. A student gets high-fives from his teachers before entering the examination room at Shanghai No. 54 High School.

This is why I tend to agree with the new rules forbidding public idolization of gaokao zhuangyuan, even if it makes just a few hard-working and talented young people who didn’t get lucky to feel a bit more worthy.