China’s national governance system and capacity withstood a major test in the sudden outbreak of the COVID-19 epidemic. The country’s achievements have drawn wide applause from the world, and are making China’s national governance system and capacity a major focus during this year’s “two sessions,” the annual sessions of the top legislature and political advisory body of the country. 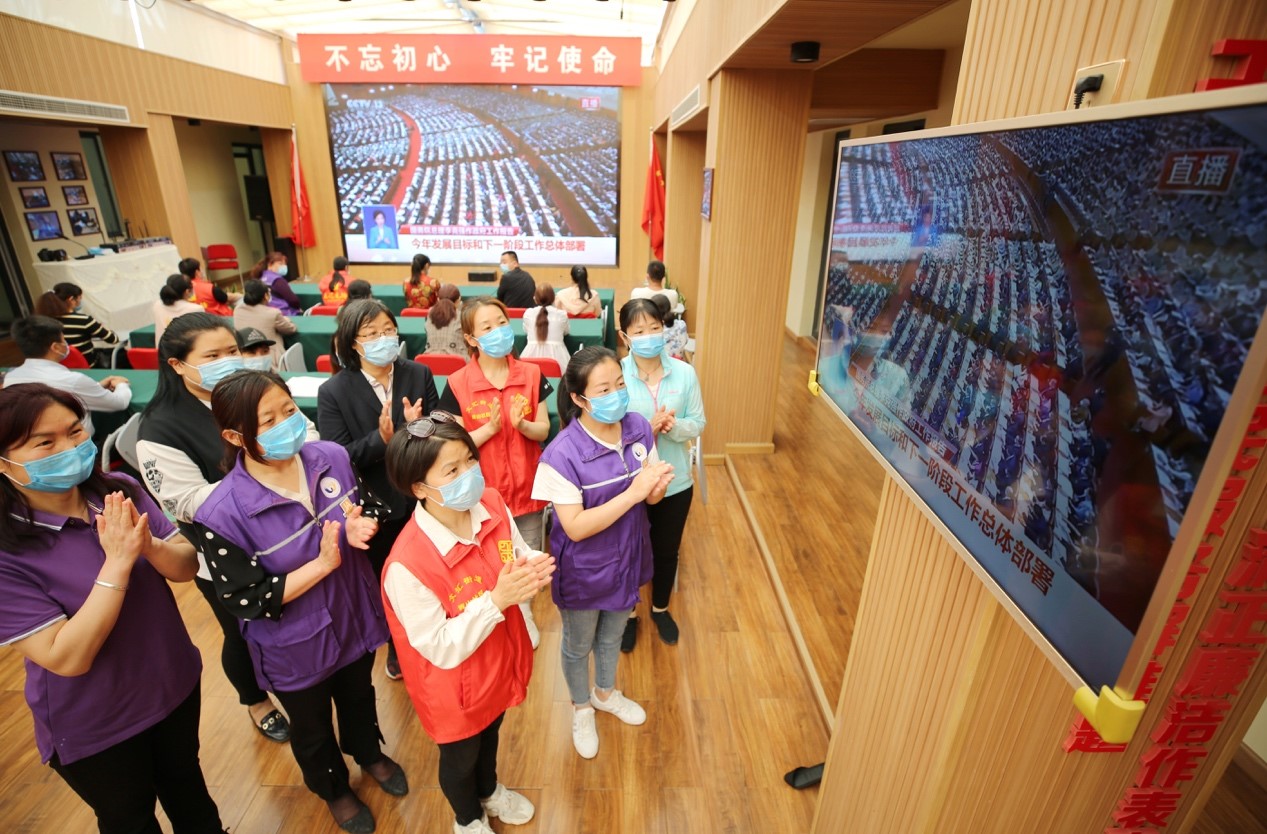 The “two sessions” this year are the first convened after the fourth plenary session of the 19th Central Committee of the Communist Party of China (CPC). By upholding and improving the system of socialism with Chinese characteristics and advancing the modernization of China’s system and capacity for governance, China is not only showcasing its image and spirit, but also enlightening the world.

The pandemic is a litmus test for a country’s national governance capacity. Leading the 1.4 billion Chinese people, the CPC and Chinese government have put people’s lives as a top priority and mobilized national strength to work as one in pandemic response.

In one month, the country preliminarily curbed the spread of the virus; in two months, it limited the daily number of newly added domestic cases in single digit; in three months, it achieved remarkable progress in safeguarding Wuhan and Hubei, the former epicenters of COVID-19.

The fundamental reason behind China’s solid progress in epidemic prevention and control as well as work and production resumption lies in the advantages of the CPC leadership and the socialist system, said Xi Jinping, general secretary of the CPC Central Committee.

It echoes the points of many foreigners seeking the secrets to China’s success. They believe that the convening of the “two sessions” at this special moment indicates China’s high capacity of national governance.

Many issues on governance during this year’s “two sessions” are attracting global attention, such as the improvement of major epidemic prevention and control mechanism, the improvement of national public health emergency management system, the institutional guarantee for achieving the country’s targets to eliminate absolute poverty and complete the building of a moderately prosperous society in all respects, the promotion of a transition from the opening-up based on flows of goods and factors of production to that based on rules and related institutions, as well as the deliberation of the draft civil code.

What the “two sessions” convey are the power and vision of China’s governance to address both current and long-term issues.

Aikyn Konurov, secretary of the Central Committee of the Communist People’s Party of Kazakhstan, noted that by constantly improving the national governance system and capacity, the CPC will lead the country to advance in a correct, science-based, and effective manner.

Professor Pierre Picquart with Paris-VIII University said deputies across China are gathering at the “two sessions” to discuss national development and seek benefits for the people. He believes this will pull more wisdom and power for the development of both China and the world.

The world is filled with instability and uncertainties, so to improve governance is gradually becoming a major issue that calls for joint efforts from the world. The COVID-19 pandemic might lead to a 3-percent fall of the world economy and big slides in international trade.

The United Nations Development Programme warned that global human development – which can be measured as a combination of the world’s education, health and living standards – could decline this year for the first time since the concept was introduced in 1990.

Given the severe and complex situation of the global economy and development, it is fundamental to improve governance system and capacity. China has well explained what’s the best governance through its practices: to put people in the first place and bring benefits to them. All the topics during the “two sessions,” from the hotspot issues of poverty alleviation, building a moderately prosperous society in all respects, and rule of law, to major development agenda of reform, opening-up and innovation, aim to increase people’s welfare and improve their sense of gain, happiness and security.

Many international observers believe that China’s governance experience is of huge referential value for countries that urgently need to walk out of the shadow of the pandemic and development predicament.

Realizing high-quality development and efficient governance, China firmly chooses to stand on the correct side of the history, adheres to multilateralism and greater democracy in international relations, and seeks development with open, cooperative and win-win spirit. It will also work to make economic globalization more open, inclusive, balanced and beneficial to all, and build an open world economy.

China’s practice has contributed wisdom and power to the world regarding tackling challenges and seeking long-term development.