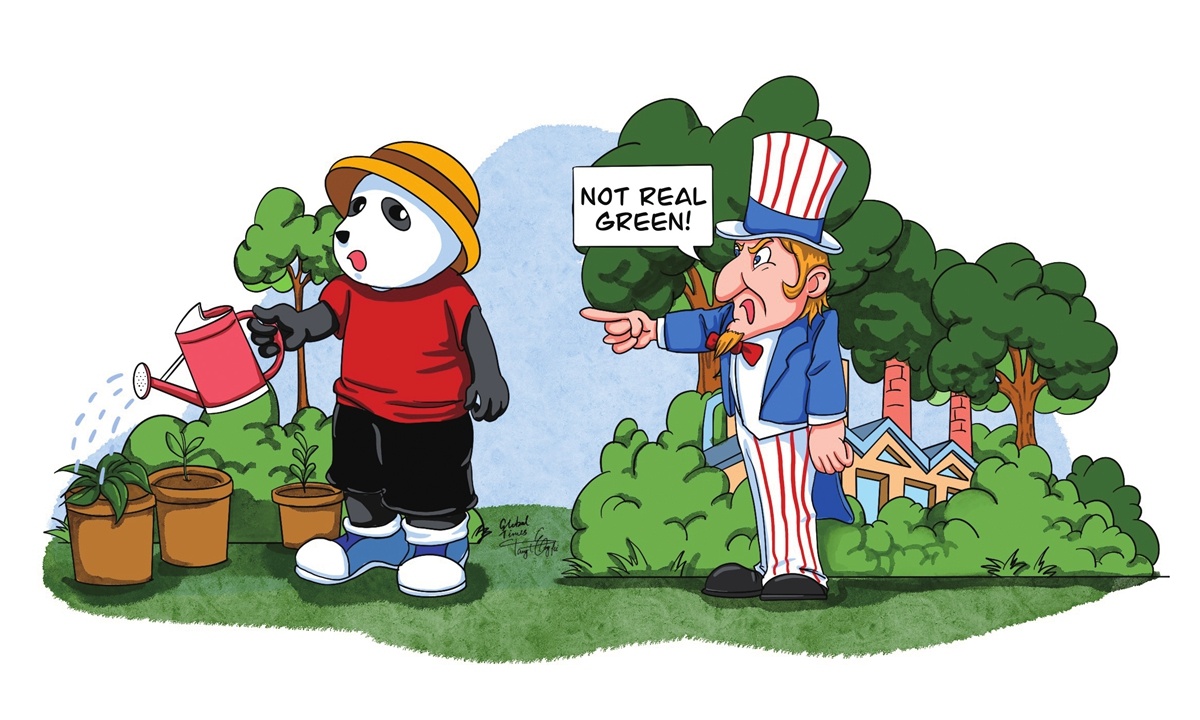 The Chinese government has pledged that China will hit peak carbon dioxide emissions before 2030 and become carbon neutral before 2060. Very soon after this news, "emission peak" and "carbon neutrality" have become buzzwords in China's financial, energy and industrial circles. Relevant seminars and forums are being held almost every day in big cities like Beijing and Shanghai.

Yet there are concerns about future low-carbon competition between China and other countries. The fact that China's carbon emissions have been overspeculated would likely trigger a new wave of misunderstandings, distortions and even smears from the West. This has the dangerous potential to lead to a new round of conflicts.

Some concepts are needed to explain that China's carbon emissions are being overspeculated.

To begin with, let's talk about embodied carbon. China is the world factory, with its manufacturing industry making up nearly 30 percent of the global manufacturing. A large number of consumer goods that are produced in China are consumed in other countries. When it comes to China's total emissions, the emissions during the production of those goods should not be counted. This is called embodied carbon.

According to data from Organization for Economic Cooperation and Development (OECD) and Sequoia Capital China, the embodied carbon from China's net export trade in 2015 amounted to 2.014 billion tons. It equals roughly the total carbon emissions of India, the world's fourth-largest carbon emitter. China is taking about 70 percent of all OECD member countries' total embodied carbon stranded in other countries.

In other words, China is taking some shares of carbon emissions that should be counted as part of other countries' emissions. But most Western media don't really care about this fact. They will probably simply criticize China for emitting too much.

China has also done its own carbon accounting. In 2015, researches conducted by Chinese scientists pointed out that "estimates of Chinese emissions remain subject to large uncertainty." After the recalculation, the room for China's carbon emissions would expand by 25-70 percent.

When carbon emissions become a more and more important reference indicator for international competition, it is conceivable that a battle for the credibility of carbon accounting will emerge. When that happens, it will be another battle of public opinion between China and the West.

In China, almost one in five people own a car. Yet in every US household, there are 1.88 vehicles on average. China's actual urbanization rate is only about 50 percent, according to some experts, while the US has more than 80 percent of the urban population. Moreover, according to World Bank, in 2014, China's per capita electric power consumption was also only around 30 percent that of the US.

Carbon emissions, to a large extent, represent large-scale production and high energy-consuming lifestyle. China's gross national income per capita is only around 20 percent of that of the US. China has encountered carbon emission constraints before it becomes rich. If Western public opinion piles more pressure on China, it will incite the "nationalist sentiments" over carbon emissions among some Chinese due to the unfairness in carbon emission rights.

The third concept is called "carbon reduction slope." The EU, whose carbon emissions peaked in 1979, and the US, which reached the highest emission in 2007, have made commitments to achieve carbon neutrality by the year 2050. The EU will take 71 years and the US 43 years to reach this goal. Put into graphic charts, the slope of their emission reduction from top to zero will be gentle. But China has only 30 years to reach the same goal. The slope for China is thus very sharp.

These are difficulties China confronts in reducing carbon emissions. China needs to complete the identical mission as developed countries with higher efficiency and shorter time. Many elderly people can still remember the time when London was called the city of fog in the 1950s, while Los Angeles suffered photochemical smog. China has chosen to avoid the old pattern of "pollute first, clean up later" that the US and European countries have taken. Instead, China has chosen a bumpy path of self-restraint.

One of the significant differences between the rise of China and all other great powers is "self-restraint." China has invaded no other countries, provoked no wars, sent no refugees, and bullied no small countries. China is committed to not first using nuclear weapons at any time or under any circumstances. And China has signed most international conventions. Currently, China is restraining its growth through green, clean and low-carbon development.

This is the new model of a civilization's rise. It is also a fresh evolution of world civilization. But I wonder whether Western public opinion can understand it.