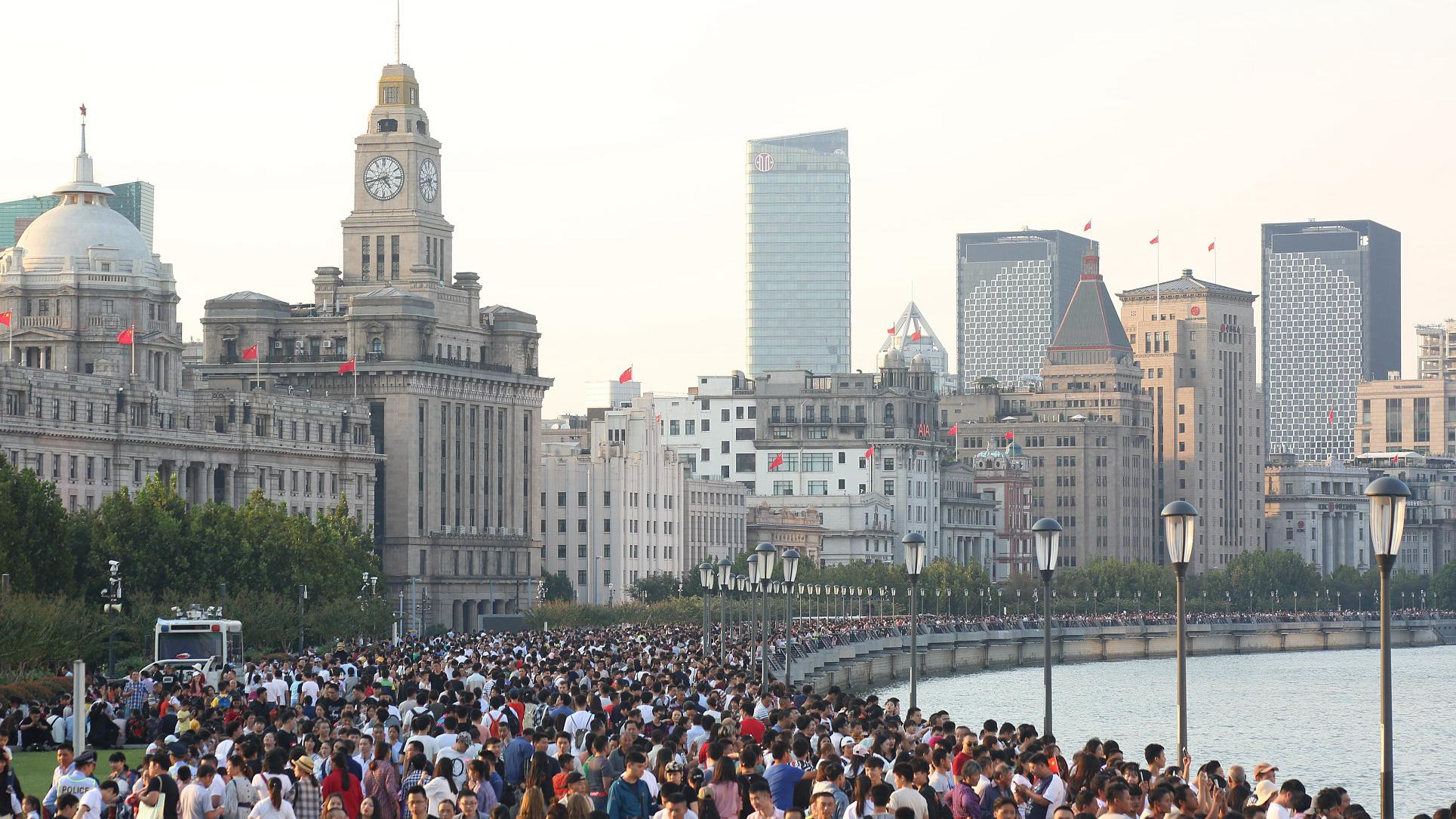 Retailers and travel companies across the world are joyfully celebrating their business bonanzas as China's National Day Golden Week enters its third day.

Around 122 million Chinese people embarked on their journeys for overseas destinations on October 1, according to the Ministry of Culture and Tourism (MCT). Statistics from the MCT also suggests that domestic tourism revenue reached 103 billion yuan ($14.99 billion) in just one day of this tourism carnival, up 7.19 percent year-on-year.

Citizens' craze for travel and holiday-shopping is undoubtedly an outcome of the country's rising economy. With soaring income in recent years, Chinese people have become more willing to spend money on recreation.

Statista.com shows that annual per capita income in Chinese urban areas has seen a significant rise over the last two decades, from 4,279 yuan (around 622 US dollars) in 1995 to 33,616 yuan ($4,893) in 2016. China has already advanced into an upper middle-income country, according to the World Bank. The country, in recent years, is vigorously turning its huge consumption potential into endogenous driving force of growth.

In comparison with the past, China's holiday-season consumption has become much more diversified. While "holiday" was often equated with packed visits to bustling tourist attractions, Chinese people have now attached more importance to experiences – hiking, sporting and sailing.

The tightly-scheduled group travels to jostling tourist spots are being gradually replaced to slower-paced trips to less popular destinations. African and the Middle East countries, which were previously excluded from Chinese people's holiday planning, are now finding a place in their "to-visit" list.

Moreover, online shopping, to which an increasing number of travelers are resorting to making their journeys more convenient, is instilling more impetus to holiday-season consumption. Travel-booking apps, for instance, Ctrip, Tuniu, Tripadvisor, have become one of the most-downloaded applications on smartphones.

Moreover, the Golden Week often means a boost to China's service industry. The week-long spree is a bonanza for travel agencies, hotels, restaurants and other service-oriented groups. In this way, holiday-season consumption not only stimulates China's economic growth but also plays a pivotal role in the country's economic restructuring.

For other countries, China's holiday economy is a double-edged sword. On one hand, Chinese tourists are known to the world for their purchasing power. Some countries rack their wits and start to make preparations to attract Chinese customers even months before China's public holidays.

There is no doubt that Chinese people are often top spender overseas, making tremendous contributions to the local economy.

An influx of Chinese travelers, however, often means pressure on local public facilities, and as a result, local people may have to compete with visitors for resources. Still, the human "migration" is undoubtedly a challenge to the local environment.

It's worth noting that Chinese tourists place a great deal of weight on state-to-state relations when drafting their holiday plan. The number of Chinese travelers to South Korea plunged last year as Beijing and Seoul were mired in the THAAD deployment. How to benefit the most from China's holiday economy is an issue other countries should ponder on.

To further boost holiday-season consumption, the Chinese government can put more efforts in law enforcement to curb uncivilized behaviors. Investment in technology should be encouraged to make traveling more convenient. Joint efforts by the government and the public are pivotal to promote consumption and boost the country's holiday economy.