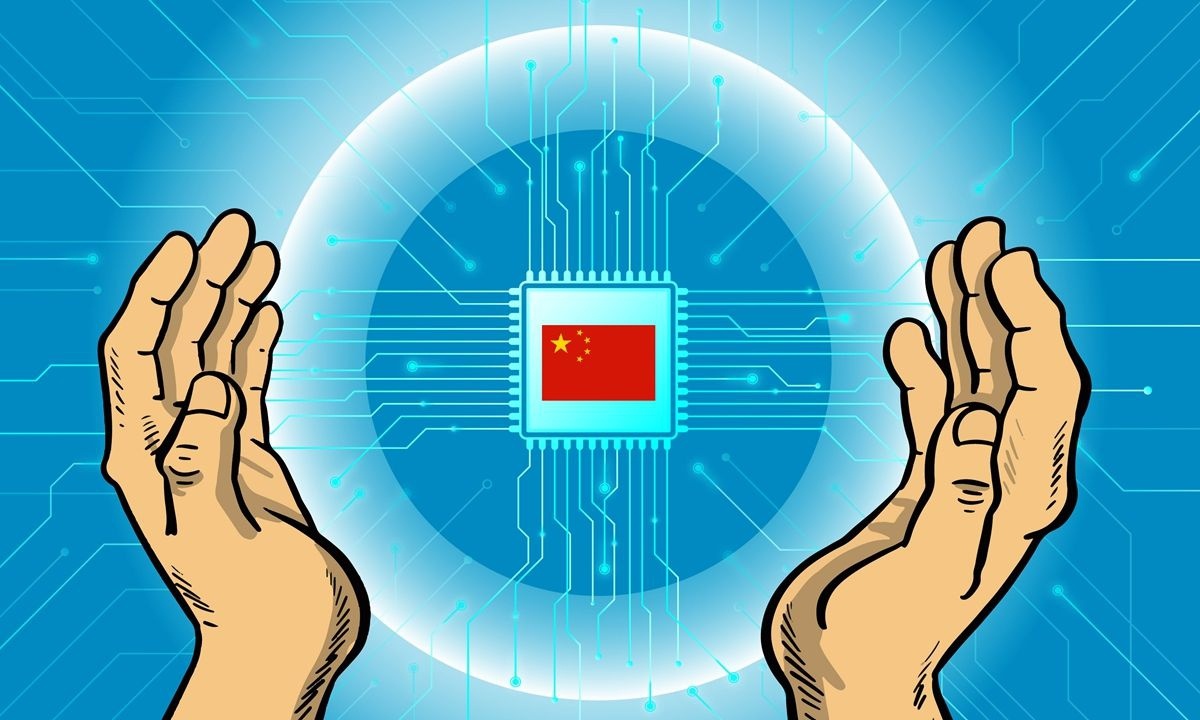 Basking in a festival atmosphere, the Chinese people are celebrating the 100th anniversary of the founding of the Communist Party of China (CPC) which has led the nation breaking through challenges one after another and emerged as a giant economy, a world-class manufacturing hub, as well as a high-tech powerhouse.

It has never been plain sailing. Taking the technological development of China as an example, external obstruction has been a long-existed challenge alongside its development. However, the 100-years of history of CPC already showed that these obstacles can never stop the forward progress of China, not in the early days when China had no nuclear weapons or decades later when China was excluded from the US-dominated International Space Station.

Starting from a backward, war-torn agrarian economy, China at that time had nearly no foundation to develop technology; and against the backdrop of the Cold War between East and West, China knew the significance of pursuing an independent approach in developing technologies. Alongside its great efforts to promote economic construction, the technology advancement journey was also embarked.

From detonating its first atomic bomb in 1964 and its first H-bomb in 1967, to putting its first satellite into orbit in 1970; and from completing the setup of its own BeiDou Navigation Satellite System in 2020 to recently sending astronauts to its own Tiangong space station, the Chinese people, under strong leadership of CPC, has made firm and fast steps in growing into a leading technology player in the world.

In the face of China's rapid growth, the US-led Western clique which has been enjoying its hegemony around the world indulged into fear of being surpassed and even become paranoid. Not only has the clique tried to block China from participating in international science and technology cooperation, it also started to target Chinese firms from 5G developers, drone makers, to even short-video platforms.

Topics such as the US drawing up so-called entity lists to crackdown on Chinese firms or the Western clique planning to set up new industrial chains to exclude China has kept hitting news headlines in recent days. Tough environment as it is for China's technology development, it is not beyond expectation and is not a new challenge for CPC and the Chinese people.

Choosing a path of self-dependence, the PRC made series of technological breakthroughs in the first few decades and build up a cornerstone for it to further promote advancement in the technology area.

After the nation entered the era of reform and opening-up starting 1978, China started to import technologies while also maintained its strategic approach of self-dependent innovation. Private firms, small and medium-sized enterprises joined the campaign to explore cutting-edge technologies which also has greatly boosted the economic growth of China in recent decades. More and more Chinese firms entered the global arena and became top players.

The restriction has never disappeared when it comes to core technology cooperation; but Chinese people, with decades of hard work, have produced a long list of milestone achievements. If anything, external restrictions or blockade have promoted the advancement of Chinese technology.

Even under fragile material and technological conditions, the Chinese people managed to overcome extreme challenges and break through restrictions independently. Now with sufficient talent and technology accumulation, a colossal market and abundant resources, China's development won't be held back by any ill-intended external forces.

Behind such confidence are the institutional advantages of the CPC leadership which was essentially built on the Party's tenet of seeking interest for the people and rejuvenation for the nation. It has developed strong strategic planning ability, combining short and long-term agendas and sticking to plans in spite of challenges.

And it is CPC's superior capability to accurately grasp the law of development and respond to the call of the times that have been guiding its strategic planning and building up its theoretical systems which, in turn, direct its day-to-day practices.

The 100 years of perseverant journey of CPC has written a splendid chapter in the history of the Chinese nation's development. No matter how profound changes to global conditions are or have been, the Chinese people have maintained their confidence and continue to welcome cooperation based on mutual respect, as well as to independently promote advancement in technology and other key areas.

The article was compiled based on an interview with Cong Yi, dean of School of Marxism under Tianjin University of Finance and Economics.