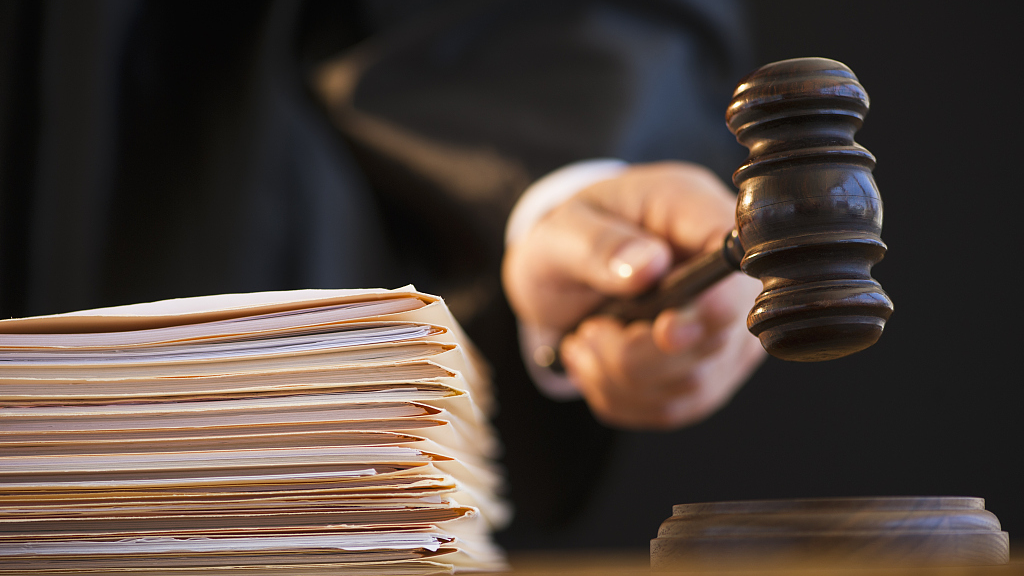 On Thursday, the Standing Committee of the 13th National People's Congress (NPC), China's national legislature, adopted the "Law of the PRC on Countering Foreign Sanctions" (Countering Sanctions Law), which many observers regard as a harbinger of China to explore legal avenues to fight sanctions and to build its legal shield against rising pressure from the U.S.-led West.

To help the readers to understand the newly adopted Countering Sanctions Law, I would like to outline the background against which it was enacted at the outset.

Since the Donald Trump administration, the U.S. government's description of China has changed dramatically from a "responsible stakeholder" to its "primary strategic competitor" for global leadership. Consequently, the U.S. waged a trade war against China and has passed acts successively imposing sanctions on Chinese entities and officials during the past years.

However, the Biden administration did make some changes to its China policy. Instead of economic issues, values and human rights have been used as a primary means to implement its geopolitical strategy. Moreover, unlike Trump, Biden has stressed the importance of rallying allies, saying the scale of the challenge posed by China requires collective action. Therefore, it is not difficult to understand why the U.S., Austria, UK, Canada and the EU banded together to sanction Chinese entities and officials over so-called human rights crimes against the Uygur minority in the Xinjiang Uygur Autonomous Region earlier this year.

Given that China is facing serious challenges from the U.S. and some of its allies, the Standing Committee of the NPC stated in March in its annual report that it would "expedite foreign-related legislation this year to counter sanctions, interference and "long-arm jurisdiction" and construct a systemic legal regime to nullify unfair and draconian foreign orders with countervailing Chinese laws."

Therefore, the passage of the Countering Sanctions Law by the Standing Committee of the NPC today is a necessary and timely move to expand China's legal toolkit to defend its national sovereignty, dignity and core interests.

For the U.S. and its allies, the sanctions imposed on China are usually under the pretext of human rights abuses in Xinjiang, Tibet, or Hong Kong. Nevertheless, these allegations are based on groundless fabrications and ideological bias. More importantly, the issues related to these regions fall within the internal affairs of China. As non-interference in the internal affairs of other states, respect for the territorial integrity and sovereignty of states constitute the pillars of a balanced international system in conformity with the dictates of the UN Charter, those prior sanctions on China by the U.S. and its allies violated international law. 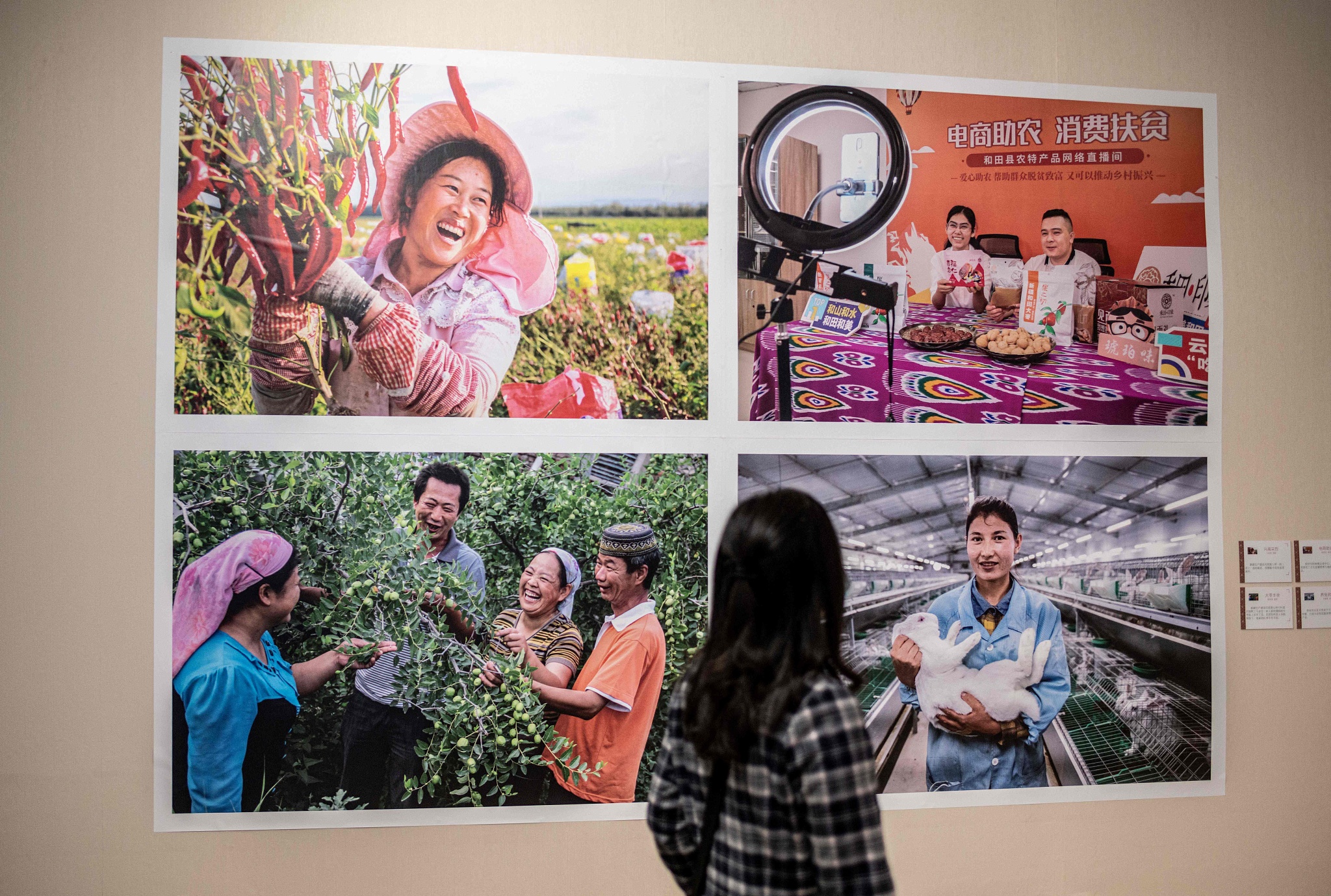 In contrast, the Countering Sanctions Law of China is devoted to safeguarding the country's sovereignty and enhancing its legal capacity to counter blatant interference and crackdowns of the U.S.-led West. Its legitimacy under international law, therefore, is beyond doubt.

Second, the passage of the Countering Sanctions Law indicates that China now has formal national legislation to provide legal backing and strong protection for its administrative agencies and judicial organs to take counter discriminatory measures or issue rulings or judgments against punitive actions by foreign countries on Chinese entities and individuals.

Before the promulgation of the Countering Sanctions Law, Chinese governmental departments imposed counter-sanctions measures. For instance, the Foreign Ministry has announced tit-for-tat sanctions on several entities and individuals in the U.S. and its allies, and the Ministry of Commence has released the Unreliable Entity List and Blocking Rules. However, those counter-sanctions measures were but administrative actions that lacked legislative support.

In this respect, the promulgation of the Countering Sanctions Law fills the legislative lacuna, laying the legal groundwork to counter foreign sanctions and other punitive legal actions. In the future, once a foreign state slaps sanctions on Chinese entities or individuals in violation of China's sovereignty, China's legal procedures can be triggered for immediate follow-up and impose repercussions on those convicted.

It should be noted that China is not the first country to enact such a law. Russia, for example, adopted the "Federal Law On Measures to Counter Unfriendly Actions of the United States of America and/or Other Foreign States" in 2018. What's more, it is ironic that some of the U.S.' allies, Canada and E.U., for instance, have enacted "the blocking statutes" to "counteract" the sanctions imposed by the U.S. to protect their own entities or individuals.

Within such a setting, the Chinese representative who delivered the report on the Countering Sanctions Law to the NPC Standing Committee explained that when enacting the law, the Legislative Affairs Committee took into account related foreign legislation.

Last but not least, I have to emphasize that the Countering Sanctions Law of China is by no means aggressive legislation, nor a reflection of "wolf warrior diplomacy," which is one of the tropes leveled at China lately by some Westerners. As its title suggests, the law aims to counter prior foreign sanctions rather than initiate Chinese sanctions unilaterally against foreign entities or individuals.

In other words, the law, in essence, is a countermeasure adopted by China to defend its sovereignty and legitimate interests in the face of the rising pressure from the U.S.-led West. The Countering Sanctions Law states unambiguously that China's commitment to pursuing an independent foreign policy of peace remains unchanged, and China will continue to improve and develop its relations with foreign countries based on the Five Principles of Peaceful Coexistence.