China announced on Friday that it will exempt some US agricultural products, including soybeans and pork, from additional tariffs on US goods. The move came after the US announced a postponement to additional tariffs on Chinese goods effective on October 1. The two countries are preparing for the 13th round of China-US high-level trade consultations in early October. Before that, exchange of goodwill between the two sides can help create good vibes for making progress in the consultations. 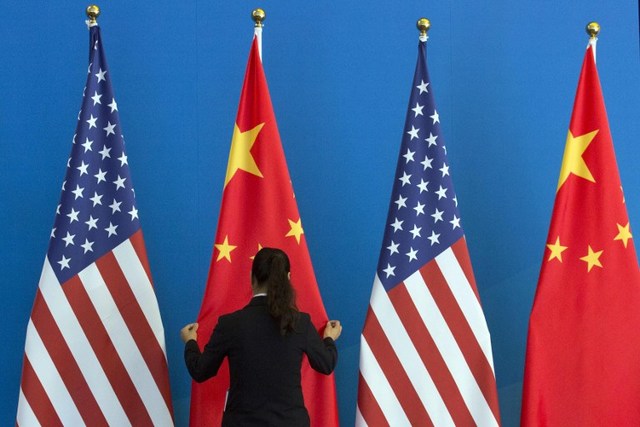 The China-US trade war has lasted for a year and a half. In addition to their disputes on interests, the two sides are subjective on their calculation of interests. The two societies' sentiments will influence their evaluation of their balance of interests.

The trade war has led to China and the US imposing pressure on each other, aggravated their mutual vigilance and made them feel compelled to maintain a hardline stance. Under such conditions, the two countries may worry that displaying goodwill will be considered weak, and may become less willing to strike a compromise. Consequently, the two countries' recent goodwill is necessary to reverse such a confrontation.

China and the US should see current stalemate realistically. Trade confrontation will definitely lead to a lose-lose situation. Rational people of the two countries will not welcome that trade confrontation becomes a new normal. It is wrong to endow the trade war with a sense of strategic nobility and solemnity. In fact, the trade war harms the interests of countless enterprises and ordinary people. Thus, the trade war should be stopped at a proper time.

As the two most powerful countries, China and the US have their own pride, and are confident in their strategies. With the help of intense domestic sentiment, it is the easiest thing to be tough to each other. Releasing goodwill takes courage.

China and the US should cherish the newly emerged opportunity. On one hand, they should seriously prepare for the upcoming negotiations. On the other hand, they should continue showing goodwill to each other, convince the public of the significance of the negotiations, and create greater political space to end the trade war.

Escalating the trade war has become one of the biggest gimmicks of the US' internal political struggle. Imposing pressure on China's trade may easily become the current US administration's political burden.

Washington's original intention of starting the trade war was to balance China-US trade. But Washington needs to prevent its internal political game from leading the trade war to a dead end. This will harm the American people and encumber the US administration politically.

China should exchange goodwill with the US while adhering to principles, striving for good negotiation result but not afraid of the talks collapsing. This is China's consistent attitude, which already has huge influence.

It will benefit both sides if China and the US change the way they engage with each other and meet each other halfway. Beijing and Washington want to end the trade war, so the two sides should act in line with such purpose. Before reaching a trade agreement, it is high time China and the US coordinate their will and wisdom, meanwhile show some flexibility.