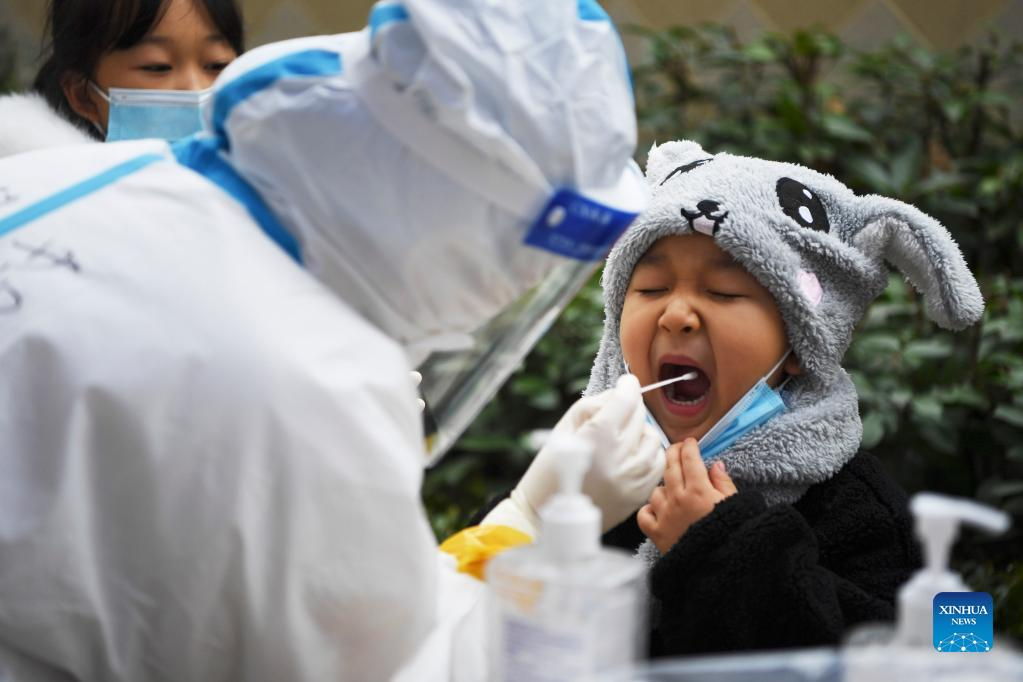 China has been subject to a new wave of nagging criticism by some foreign media over its zero-COVID approach after the highly contagious Omicron variant slipped through its defensive line in Tianjin, an international port city in north China.

While every anti-epidemic strategy is dynamic and by no means impervious to change, China's people-centered approach in place has proved to be the most suitable containment measure for the world's most populous country.

This anti-virus strategy will not be abandoned simply because it differs from that adopted by some Western countries and draws harsh criticism from biased individuals or media outlets harboring hidden agendas.

Foreign economists who argue that China's approach is inefficient and just too costly have overlooked one simple but inconvenient fact -- for the Chinese policymakers, people's lives are nonnegotiable. They don't come with a price tag.

Shifting to "coexistence with the virus" against a backdrop of new COVID-19 waves wreaking havoc across the world and less than half of the world population vaccinated, in essence, is making a de-facto choice of letting innocent lives perish.

Given the current situation, any reckless approach allowing the virus to go unchecked will undoubtedly result in massive infections in a country of 1.4 billion people, with numerous inevitable deaths.

Data from Johns Hopkins University showed that the total number of COVID-19 cases in the United States topped 60 million as of Jan. 9, about 20 percent of the country's total population, while one in 10 people in London, Britain, has been infected by the virus. The official death toll in both countries has exceeded 150,000.

The implementation of a zero-COVID strategy will incur economic and societal costs each time an outbreak occurs. However, if China abandons such an approach, the virus will spread rapidly resulting in unimaginable consequences.

If China were to follow the model of "coexistence with the virus," it would be reporting "hundreds of thousands of" daily new cases "even in a highly underestimated outbreak scenario and under the most optimistic assumptions," according to an article published in China CDC Weekly, the official platform of the Chinese Center for Disease Control and Prevention (China CDC) for international academic exchanges on public health. Such a distressing situation is undesirable for China as well as other countries, particularly at a time when the world is yearning for certainty.

There is no denying that stringent containment measures -- quick lockdowns, massive screenings and large-scale inoculations -- have an impact on people's daily lives and local businesses. But the Chinese people have complied with strict control measures that necessitated personal sacrifices for the sake of collective security.

Such an approach has kept China's casualties low since the start of the epidemic and propelled its economic recovery faster than that of other countries.

China was the world's first major economy to recover from the COVID-19 impact. Over the first three quarters of 2021, its economy expanded by 9.8 percent, the highest across the world, according to official data.

China's zero-COVID approach, accused by some Western media as a "violation of human rights," on the contrary, safeguards the freedom of the Chinese.

Thanks to the zero-COVID strategy, life in China has largely roared back to normal starting from 2021. Social gatherings, music festivals, sports events and domestic travel have resumed despite temporary restrictions in the midst of sporadic outbreaks.

Chinese leaders have repeatedly stressed that the people are the "supreme and ultimate judge" of the work of the Communist Party of China (CPC). The effectiveness of the CPC's work should ultimately be judged in terms of tangible benefits to individuals, improvements to their lives, and the extent to which their rights and interests are protected.