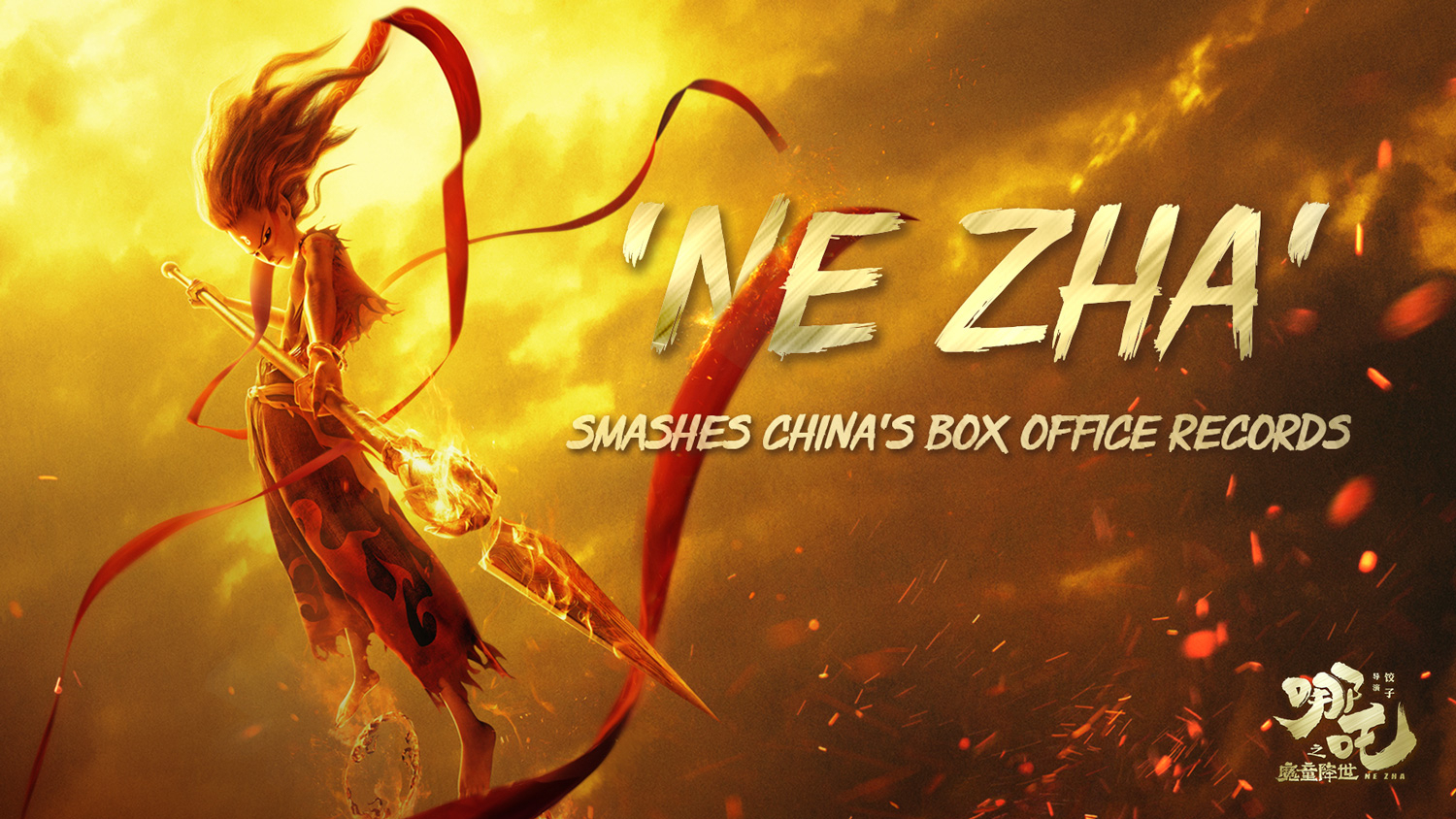 Editor's note: David Lee is a consultant and author based in Beijing who focuses on energy, health, international politics and international development.

The hot summer season is being ignited not only by troubling heat waves sweeping across large parts of China and beyond, but also by the inspiring phenomenon that is China's biggest ever animation blockbuster "Ne Zha", a modern parenting story set up in mythological times and told by revamped legendary heroes long known in traditional folklore.

Competing against such big cartoon titles as Hayao Miyazaki's classic Spirited Away and Disney's remake of the legendary "The Lion King", "Ne Zha" has become the unlikely winner.

Since its opening on July 26, "Ne Zha" has grossed some 1.5 billion yuan as of August 1, quickly closing in on the current box office record of 1.53 billion yuan set by "Zootopia" in 2016 for any animation feature film released in China. Ne Zha, the Taoist super-boy deity, is doing some major box office magic!

It's noteworthy that five years after the big success story of "Monkey King", the previous domestic animation film box office record holder that raked in 956 million yuan, "Ne Zha" has injected much needed vitality and confidence in a domestic animation sector that has seen box office decline over the last few years.

China, always hoarding a big dream for its animation movie industry, has the mix of creative talents and keen investors that provide the backbone to build up the country's own Pixar. To be sure, given the size and potentials of the market, China should have multiple world-renowned creative studios.

Of course, the creative industry has its own trajectory to run. If the quietness following "Monkey King" offers any indication to the many challenges faced by the industry, one would be cautious to say that merely one or two phenomenal blockbusters would not suffice to transform the overall industry dynamics.

However, there are signs that the success of "Ne Zha" has the real potential to sustain meaningful industry momentum. The film makers are already hinting at follow-up titles. Tantalized fans are eagerly talking about the bonus scenes embedded with the movie credits, making wild guesses about any new productions to follow in quick succession in 2020.

A big hope is that "Ne Zha" could be the first of a series of Chinese animation films set in China's unique mythological universe, which boasts a star-lit line-up of familiar folklore hero names, including "Ne Zha" the super-boy. This could produce something very interesting in the Chinese animation industry, something that could repeat the big success of the Marvel universe.

Animation industry aside, what's most encouraging about "Ne Zha" is the seriousness of film makers in producing high-quality family contents, instead of the tons of shallow fun inundating the current cartoon scene in the years between "Monkey King" and "Ne Zha".

I'm not denying the credible success of such fun titles as "The Two Funny Bears" or "The Pleasant Goat", but a creative country's innovative strength is only to be found in serious productions.

You'd agree that kids do have a lot of fun watching the hilarious pair Tom and Jerry making a lot of noise. However, compare the kid's watching Tom and Jerry alone with the precious family time spent together with parents watching "The Lion King" and conducting meaningful family dialogues about the story.

Therefore, I encourage the Chinese animation industry to sustain the good momentum started with "Ne Zha" and continue to offer good contents for Chinese kids and families. Most importantly, I look forward to even more characters like "Ne Zha" that the Chinese viewers are sure to relate to in their daily lives.