The year 2018 marks the 40th anniversary of China's reform and opening up. On Dec. 18, People's Daily published an article under the pen name "Guo Jiping", reviewing the achievements made by China during the past 40 years, summarizing the inspiration brought by reform and opening up, and looking into the future development.

The abstract of the article is as follows.

Thanks to the 40 years' reform and opening up, China has become the second largest economy of the world. Its remarkable achievements amazed the globe, making it the most exciting example in the history of human development. 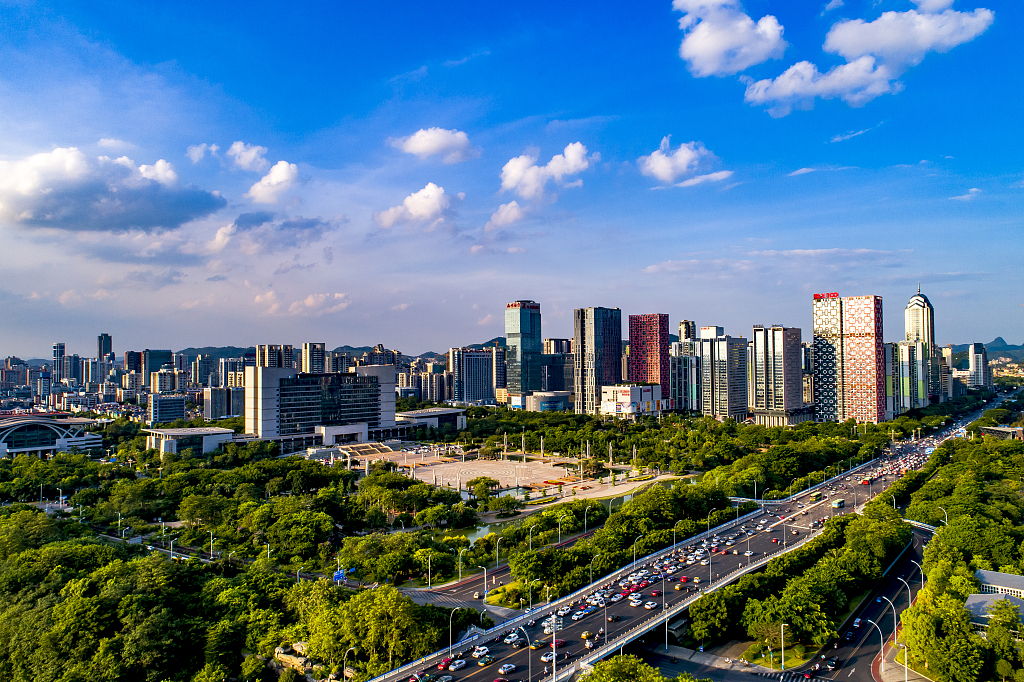 China has firmly adhered to the scientific judgment that peace and development remain the underlying trend of the times since the beginning of this great journey.

China promotes and practices the concept of common, comprehensive, cooperative and sustainable security. As the permanent member of the UN Security Council, China has sent the highest number of peacekeepers, and offered peaceful solutions for hot issues in multiple regions.

The history of the past four decades proves that China's development enhances the peaceful power to prevent wars.

China has developed into the world's largest trader of goods, the largest country of outbound tourism consumption, and the largest export destination for over 70 countries and regions. In addition, it is the world's first country to hold an import-themed exhibition at national level.

Constantly creating opportunities, China is serving as a stabilizer and engine for global economic growth, especially when the world economy is facing challenges and difficulties.

China always insists in enhancing multilateralism rather than unilateralism in international relations, and to promote the legalization and democratization instead of the law of the jungle or power politics.

Since the 18th National Congress of the Communist Party of China(CPC), China has been actively promoting building a community of a shared future for mankind, and issued a series of schemes to benefit the world, which has provided a whole new vision and pattern for the international relation system.

Niall Ferguson, senior researcherat the Hoover Institution, Stanford University noted that China's economic development and achievements have proved that economic success and political stability can be guaranteed without the western system.

The reform and opening up is a career for China to learn from the world. The past 40 years was a process in which China kept studying all the achievements of human civilization and constantly improved its capability of studying.

In May 2014, Xi Jinping, General Secretary of the CPC Central Committee, Chairman of the CPC Central Military Commission, and President of the People's Republic of China held a discussion with foreign experts in Shanghai, stressing that China will always be great country learning from others.

Whichever stage of development it reaches, China will always learn from people of other countries in the world in a humble manner, enhance mutual tolerance, mutual learning and communication with other countries with a more open and inclusive attitude so as to elevate the opening-up to the outside world to new highs, President Xi remarked.

Thanks to such modesty and eagerness to learn, the ancient oriental country with thousands of years of civilization is the most energetic learner.

From the macro WTO rules, laws and regulations, to the micro technological innovation and enterprise management, China has opened its mind in reform and opening up, improving its ability to learn and learning all the advanced experiences from the world.

As what American futurist John Naisbitt has said, China, as a learning society, is willing to implement all theories and practice that comply with its tasks, which is part of the most valuable treasures of the country.

After 40 years of learning from the world, China has not only achieved great development, but also built a spirit of openness and inclusiveness.

British scholar Martin Jacques partly attributes China's success to the country's ability to absorb different factors from different places, experiences and traditions and then combine them in a unique Chinese style.

Humble in the relations with the world, China aims at catching up and also the contemplation over the future of the world. Today, technological development is making the world smaller, which results in increasingly frequent contacts among different civilizations.

Faced with differences, different countries shall learn from each other and seek common ground while put aside differences. In addition, they should be less arrogant and prejudiced, and show more respect and inclusiveness. They should neither depreciate themselves nor boast off themselves.

Only by this way can they be harmonious co-existence , creat win-win results, and paint more splendid chapters for the development of human civilization.

China has dragged over 700 million people out of poverty and improved livelihood for nearly 1.4 billion people. That is the most frequently mentioned story by foreigners in the discussion of China's social changes.

Naisbitt once pointed out in a research of the general development trend of China that the guideline of the CPC is to unswervingly benefit the Chinese people. The long-term implementation of the guideline will not end with the end of presidential terms just as the cases in the western countries.

The futurist explained that people is the most vital factor in the great cause of reform and opening up. Releasing the people's energy, enhancing their self-esteem, encouraging them to release their creativity, and stimulating their sense of participation are important pillars that support China's economic and social development.

Looking into the future, reform and opening up will never stop its steps. It will go further at a higher starting point and a higher level toward higher goals.