China's relations with Russia beyond suspicion 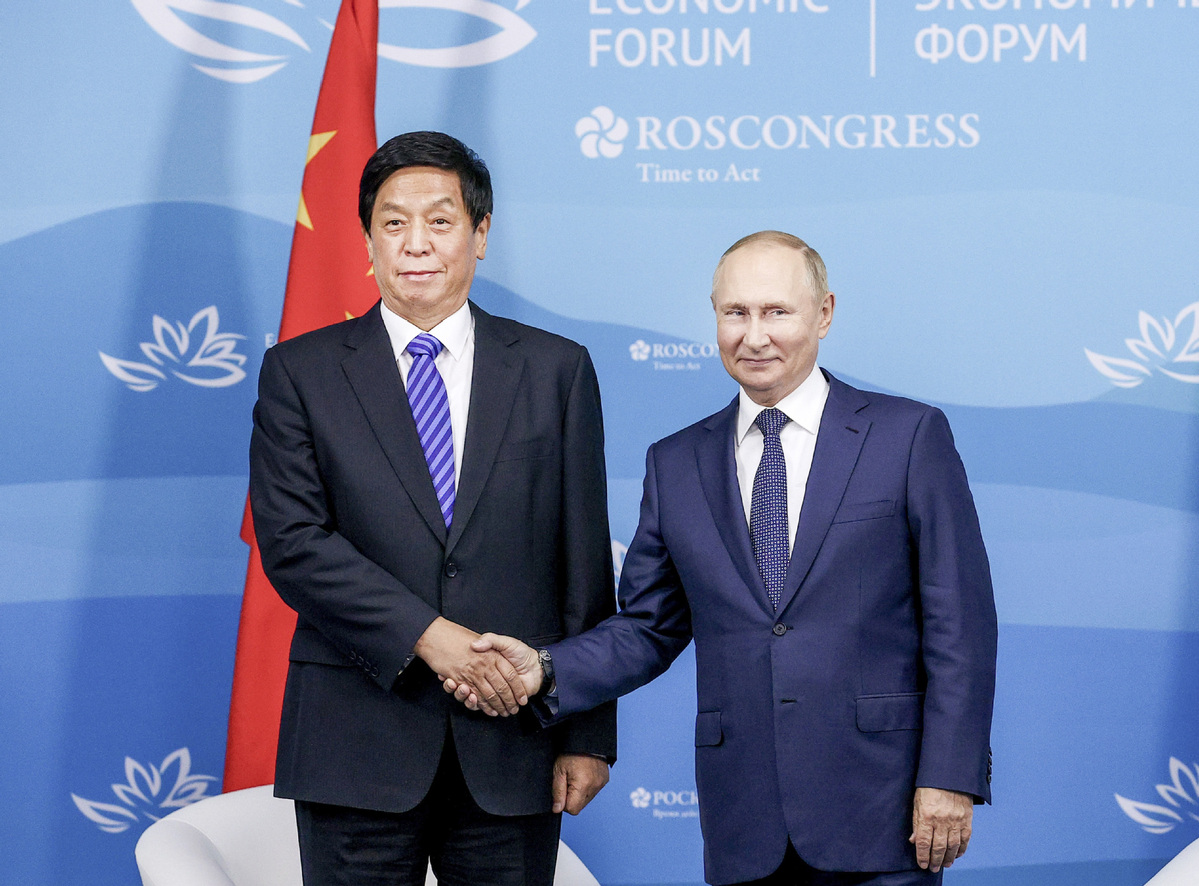 Due to the ongoing Russia-Ukraine conflict and the rising energy prices in European countries, discussions on China-Russia relations at home and abroad have become increasingly fierce, with some questioning the continued development of Sino-Russian ties.

The fact is, for China and Russia, maintaining friendly relations is an objective and realistic need. The highest and most long-term strategic interest for a country is to create a peaceful and favorable environment, in order to ensure the smooth development of its economy and society.

China and Russia share a 4,300-kilometer-long border, which at one time was manned by millions of troops. But through dialogue and exchanges based on mutual trust, the two countries established friendly ties about three decades ago and eliminated the need for deploying millions of soldiers along the borders.

Friendly relations have helped both sides to better safeguard their interests without having to bother much about a threat to their national security from each other. The two countries have also increased their trade volume to a record high. While Russia provides China with stable, inexpensive and clean energy, China has become Russia's largest trading partner, with many countries even beyond the region benefiting from the friendly Sino-Russian ties.

Friendly Sino-Russian relations were established thanks to the hard work by the people and leaders, especially the top leaders, of the two countries and well-functioning mechanisms. Sino-Russian friendship is based on deep mutual understanding and the lessons drawn from the past 400-year historical experience of the two nations.

History tells us that the development of Sino-Russian ties has its own trajectory and logic, which cannot be influenced or changed by any event.

As for the Russia-Ukraine conflict, there are special historical reasons behind it. So other countries would do better to help end the conflict instead of adding fuel to the fire. What they can and should do is to persuade both sides to cease fire and settle their differences through negotiations.

China sympathizes with the victims of the conflict, and has provided material aid to Ukraine to help the country overcome the crisis it faces.

The Russia-Ukraine conflict had also caused an energy crisis, a refugee crisis and a global food crisis, which have affected the lives of ordinary people in Europe and the European Union's status in the global manufacturing value chain. And the recent protests in the Czech Republic show the conflict and its impacts on the lives of people across the world are in no one's interest.

One would thus expect countries, particularly EU countries, to make rational decisions in an effort to help end the Russia-Ukraine conflict and, by default, greatly ease the European energy crisis and maintain the EU's status as a manufacturing hub.

China, on its part, has taken an objective and rational stance on the Russia-Ukraine conflict while maintaining neutrality, which is a more rational approach that can help deescalate tensions.

The US and some European countries, however, have been pressuring China, India and other emerging countries to take sides in the Ukraine-Russia conflict. Worse, they have also been trying to divide the world into pro-Ukraine and pro-Russia camps. Fortunately, this is something a majority of the emerging countries will not do.

The major powers should pay attention to voices of other countries, especially emerging economies such as China and India, not least because they represent the positive forces promoting multipolarization. After all, in a world with more than 7 billion people, a few people cannot control the global destiny.

Although China has suffered "a century of humiliation" at the hands of the colonial powers, it has not colonized or oppressed other countries. As a permanent member of the UN Security Council and the world's second-largest economy, China has the right to choose what to do and what not to do, and does not need the advice of others. And China has decided that it is in its best interest－as well as in the best interest of the Asia-Pacific region, Eurasia and the world beyond－to maintain and develop normal relations with Russia.