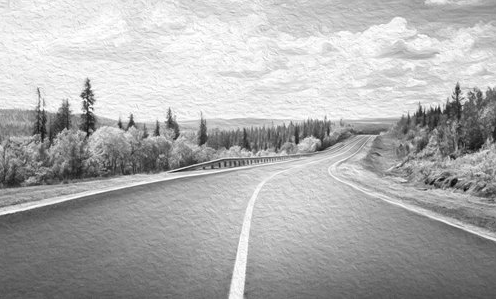 I watched a 15-minute documentary on China's rise on the 101 East channel of Al Jazeera during the Spring Festival holidays. The film has an English title - From Ashes to Prosperity, and a Chinese one meaning super-China's rise. The documentary was released last June just before the 80th anniversary of the War of Resistance against Japanese Aggression that started in 1937.As the film showed, unlike the allies fighting the Axis powers in Europe during the WWII, China had to resist the invasion of Japanese military that started in 1928 alone for a much longer time, and paid a huge price to win the war.Cities and villages were destroyed and innocent people massacred. These historical images gave viewers a clear picture of the old China - miserable, weak, powerless, hungry and chaotic. To some foreigners, the content of the documentary might be full of cliché, but to the Chinese, the deeply-embedded memories are easily evoked. Why did this documentary attract as many as 237,000 viewers on YouTube? Apparently, not only because the film reveals some historical records for the first time, but also because it chronicles the rise of the country from the ravages of war to its magnificent transformation into a modern nation 80 years after the aggression.Towering skyscrapers, magnificent bridges and enthusiastic female pilots, the comparison between the old and new China can help the audience see the country's rise from a new perspective and find the key to understand the Chinese puzzle.If you think it mimics the patriotic propaganda that the Chinese government often uses, you are wrong. Unfortunately, many people have no further knowledge of China's rising from here.Why can the Communist Party of China (CPC) lead the country into realizing the dream of rejuvenation? Why must the CPC carry out such an earth-shaking revolution and ultimately overthrow the old political foundation?The comparison may lead you to the answer. The Japanese invasion destroyed China's social and political framework in the most densely populated areas and consolidated the national consciousness of unification that was formed over thousands of years.From the first Opium War (1839-1842) to the WWII, the Chinese national consciousness had become increasingly strong. Most Asian countries that had been occupied by Japan during the WWII did not have the same feeling because they had either been colonized by Western powers such as Britain, France, the Netherlands or the United States for a long time or their people still lived in different ethnic and religious groups without consciousness of a unified country.The intellectuals of these countries later were educated under the colonial system and gradually developed the idea of national independence. However, they often had to use their backward traditions to oppose the colonizers, just like Mahatma Gandhi of India. Some even believe that the Japanese invaders might have helped them gain independence. After the WWII, their only option was to restore the old colonial political system and fell to the old religious and social traditions.Looking at today's India, all the challenges it faces could date back to colonial times and even the early days of Indian civilization. At the time the British-colonized India, many areas were still under the control of kings belonging to different indigenous groups, and some were functioning well because they had their own taxation systems. In China, as early as 2,000 years ago, the Qin Dynasty (221BC-206BC) achieved a grand unification of the country and started a transformation from the feudal system to the county system.Anyone who wants to understand the rise of China needs to understand the grand unification theory that has been transformed into the collective sense of stability. It is a historical gene deeply rooted in Chinese national feeling. This feeling may change gradually as the country moves to a postmodern society, but for the foreseeable future, it will still profoundly affect the interaction between China and the rest of the world.