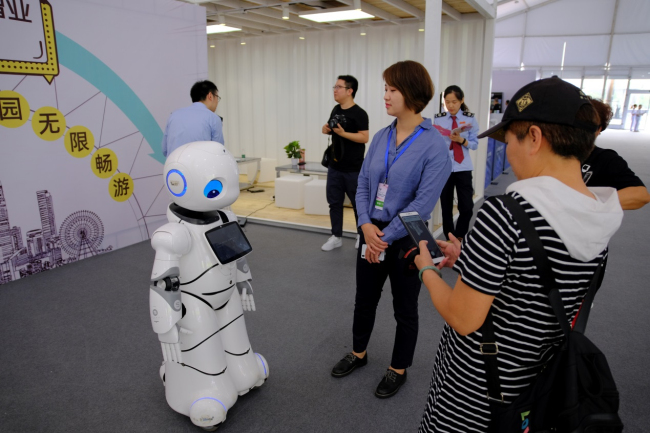 Editor's note: The author, Sui Jigang, is a researcher at the Institutes of Science and Development, the Chinese Academy of Sciences.

The Global Innovation Index 2019, released by the World Intellectual Property Organization in July, shows China's innovation index of 54.82 is ranked 14th in the world. The GII provides detailed metrics on the performance of 129 countries and regions in innovation based on 80 indicators.

China broke into the list of top 20 most-innovative economies only last year, and the latest GII shows it has already overtaken some developed countries such as Japan, France and Canada in terms of innovation. Plus, China is also the only middle-income economy in the top-30 list. This shows China's innovation capability has remarkably improved in recent years.

As a barometer of innovation, the GII aims to measure the innovation performance of an economy, including its input and output in the innovation sector, and efficiency ratio. In the global innovation output indicator ranking, China has climbed to the fifth spot, outperforming some traditional innovative countries such as the United States, Finland, Israel and Germany.

China also occupies a leading position in terms of the number of patents and industrial product designs, high-tech net exports and creative products.

On the basis of the WIPO's classification criteria, China has achieved the goal of becoming a leading innovative country a year before the 2020 target, and helped change the global innovation pattern dominated by the developed countries.

Since international competition has become more intense in the 21st century, China has put greater emphasis on promoting innovation and is aware of the vital importance of innovation to improve its competitiveness in the global market. No wonder the Chinese government has continued to increase investment in the innovation sector.

Furthermore, different groups have played their due roles in accelerating innovation. For example, more enterprises have increased their research and development budgets so as to become more competitive in the market. Higher education institutions have cultivated a large number of talents in science and fulfilled much of the fundamental research task. And science institutes have made great contributions to the country's research and national strategies. As WIPO Director-General Francis Gurry said, China's rapid rise has heralded an era of multipolar innovation.

As for scientific innovation clusters in the world, GII 2019 says 18 areas in China are among the world's top 100 innovation centers, among which the Shenzhen-Hong Kong area and Beijing occupy the second and fourth spots.

Moreover, China's innovation quality has continued to improve, and exerted great influence on basic subjects such as chemistry and physics, and high-tech fields such as supercomputer, manned spaceflight and satellite navigation.

Scientific innovation has given a new impetus to enterprises, increasing their production, and improving the production efficiency of traditional industries, which in turn have helped industrial restructuring and economic transformation.

But despite China making great achievements in the innovation field, it still faces some challenges. According to the GII, the weakness in China's innovation sector is mainly reflected in regulations, internationalization of China's higher education degrees, ecological sustainability, protection to minority investors, and the overseas funds ratio. Also, some Chinese core technology companies largely rely on imports from other countries. As such, the scientific and innovation system still needs to be improved.

To promote innovation and become the leader in the innovation field, China should adopt targeted measures in various fields.

In system level, for instance, China should optimize the innovation system pattern, improve overall efficiency, deepen scientific and technological system reform, and remove many of the institutional barriers. And in the emerging technology sector, it ought to accelerate scientific research, enhance international cooperation and take measures to promote world-class innovation development.