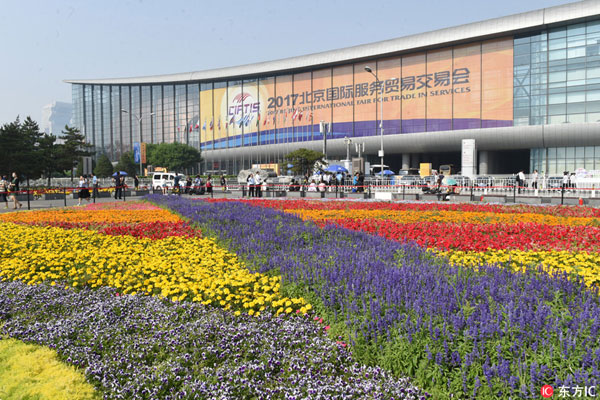 The 5th China Beijing International Fair for Trade in Services (CIFTIS) is held in the China National Convention Center in Beijing from May 28 to June 1, 2017. (Photo: Imagine China)

Despite various crises affecting large parts of the world, global economic growth stands at around 4 percent and is spread relatively evenly between developing and wealthy countries.

In some ways, this should be a reassuring trend. But a defining feature of our time is the disconnect between economic dynamics and cultural identity.

While rapid economic globalization (bringing unprecedented interconnectivity) has been taking place for the past few decades, various forms of nationalism have emerged as a reaction to increasing economic disparities between and within countries and what is perceived by many as imposed cultural homogenization. There is a deep and growing sense of identity that is penetrating even inside a country, as is the case of Catalonia.

So it is time to reconsider the importance of cultural identity and how it impacts the political economy, geopolitics and security.

Some proponents of globalization make the mistake of thinking that identities do not exist. This is not true. Even if they evolve and are complex, identities are real and constitutive of human societies.

A reflection on identities is absolutely necessary because it is the recognition of the differences that characterize our various collective constructions, yet at the same time we arrive at the conclusion that these differences do not necessarily clash. On the contrary, differences should be seen as a pre-condition of harmony.

Wise politics is action that takes note of all the nuances between harmonization and homogenization, and presupposes an understanding of what makes the uniqueness of a civilization and a capacity to empathize with one another.

Wise politics finds the resources to avoid both the fiction of "the end of history" or of a "flat world" and the course that leads to a "clash of civilizations".

Some globalists are uncomfortable with the realization that China follows its own path because they choose to ignore the dimensions of history, culture and identity. The same sentiment is growing in the opposite direction, with complaints that the United States lives by different values. Chinese history is not the same as American history, and to be Chinese is not the same as being American or European. The ups and downs in relations between the West and China are often the consequence of not recognizing the diversity of our roots and cultures.

In addition to efforts to take identities into account, we must also avoid what can be called the trap of reciprocal superiority: Being different does not mean being superior. Wise politics is a quest to find the instruments of compromise with the principle of an open cultural dialogue as a priority.

Such an approach is important for the survival of Western democracies and is also vital for China, which has become deeply integrated into the global system.

To re-evaluate the significance of culture does not mean to ignore the importance of the economy. We cannot underestimate the existence of competition and even a clash of interests, but we also cannot forget that any trade dispute is structurally linked to a cultural environment and to the anxiety generated by an identity crisis.

It must be our collective goal to harmonize our different identities, which will allow us to trade with unavoidable competition but without unnecessary conflict. This is the best guarantee for long-lasting peace.

We have had the intelligence to develop our economies and, by doing so, we have become increasingly interdependent. What we need now is to find the wisdom to take note of our differences and, as a consequence, deepen our legitimate interests respecting our roots and our history.

Difference must be considered an asset, not a liability.

(The author is a former prime minister of Italy and president of European Commission and contributes exclusively to China Watch.)