China’s rise to power has become central in Asia-Pacific regional affairs and has irrevocably impacted worldwide politics. In just a few decades, China went from a poor country to the second largest economy of the world. The impact of China’s rise is felt on every continent and has begun to draw attention from many western observers.

The Xinjiang Uygur Autonomous Region, situated in the border area of northwest China and the hinterland of the Eurasian Continent, occupies an area of 1.6649 million sq km, accounting for one sixth of Chinese territory. It was an important section of the ancient Silk Road. There are 47 ethnic groups in Xinjiang, mainly the Uygur, Han, Kazak, Hui, Mongolian, Kirgiz, Xibe, Tajik, Ozbek, Manchu, Daur, Tatar and Russian. It is one of China's five autonomous regions for ethnic minorities. 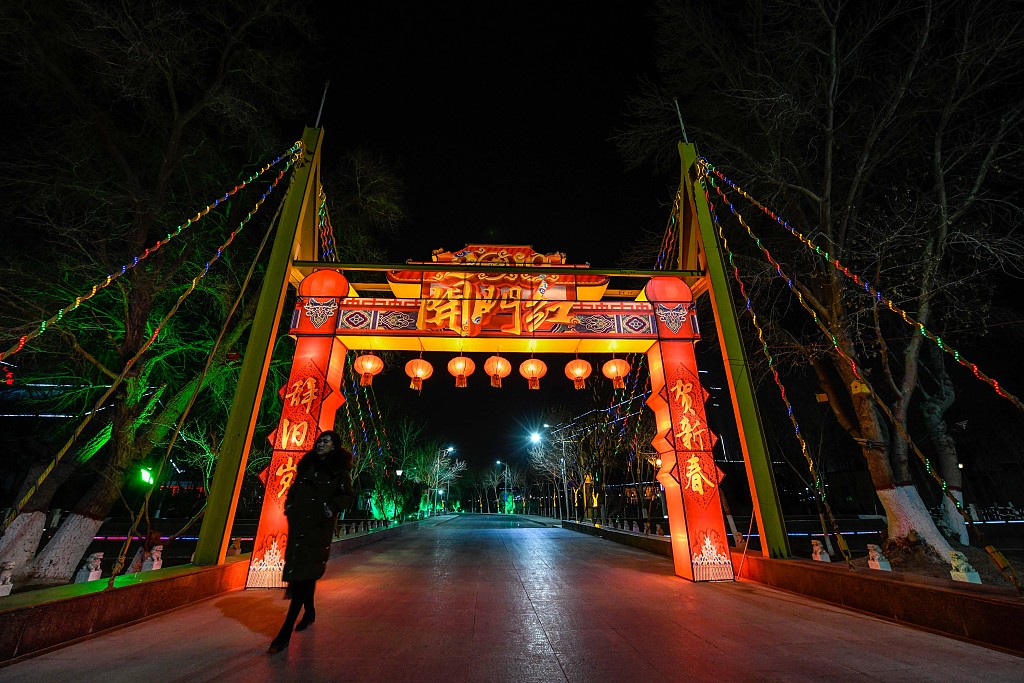 Prior to the founding ceremony of the PRC on October 1, 1949, Xinjiang witnessed its peaceful liberation. The diverse peoples of Xinjiang, who had undergone great sufferings together with the people in other parts of the country, became the masters of the state, and Xinjiang entered a new era of development.

Over the past 60 years, under the leadership and care of the Communist Party of China and the central government, and with the support and assistance of all peoples in other parts of the country, the Xinjiang people of various ethnic groups through arduous efforts have made great advances in building a comfortable life and a beautiful home. The region has made a historic leap out of underdevelopment, with tremendous changes taking place in the areas.

The development and progress of the autonomous region should be attributed to the concerted efforts by all peoples of Xinjiang under the banner of solidarity of all ethnic groups, as well as to the success of China's policies on ethnic minorities.

I have been visiting my motherland since the founding of new China in 1949. Xinjiang was based on natural economy comprised of different means of farming and animal husbandry. But with the one party control system with consistent fixes to the policies and human development the country and Xinjiang saw a remarkable improvement in people’s lives with steady development of social programs.

Since 2006, with the introduction of a new mechanism that guarantees rural education funding, Xinjiang's primary and secondary school students have enjoyed free compulsory education. In 2008, the government granted living subsidies to all underprivileged students who live at school and exempted urban students from tuition fees during their compulsory education period. Since 2007, the state has initiated an annual budget of 129 million yuan for the education of 51,000 very poor university students and 95,000 secondary and higher vocational school students, 70 percent of who come from ethnic minorities.

With its beautiful and fertile lands, Xinjiang enjoys an elevated place in the Chinese people's hearts. The people of all ethnic groups in Xinjiang who protect and develop the land are great and honorable. At present, the Chinese people are striving toward building a modern socialist nation characterized by prosperity, democracy, civilization and harmony. With the care and support of the Communist Party of China and the central government, following the country's development, all the peoples of Xinjiang, united as one through common efforts, will ensure a brighter future for Xinjiang.

Xinjiang's development and progress is there for all to see. As a descendant of Chinese Uyghur nationality in Pakistan, being the president of Overseas Chinese Association Gilgit-Baltistan., I am proud of what Xinjing has achieved.

On the current date it has become clearer for the people of all ethnic groups in Xinjiang that national unification, social stability, ethnic unity, plus the development in harmony of all peoples who share weal and woe are the lifeblood for the region's development and progress. They will keep taking economic construction as the core, while safeguarding social stability and working together with the people of all ethnic groups in China to strive for common prosperity. China and Xinjiang share a common destiny and develop socialist ethnic relations characterized by unity, equality, mutual assistance, to unbreakable advance Xinjiang's development.

With its fertile lands, Xinjiang is the heart of Chinese people. In the eyes of the government and the people of China all ethnic groups in Xinjiang who develop the land are honorable. At present, it has unquestionably been seen that the Chinese government and people are striving toward building a modern socialist nation characterized by democracy, prosperity and civilization. I and my society Uyghur’s from Xinjiang Autonomous region residing in Pakistan will play our vital role in further development back at home and support the government for what they have done and doing currently. I am proud to say that I am overseas Chinese residing in Pakistan and the Embassy of the People’s Republic of China has shown its vital support to our society and it is never felt we are away from home.