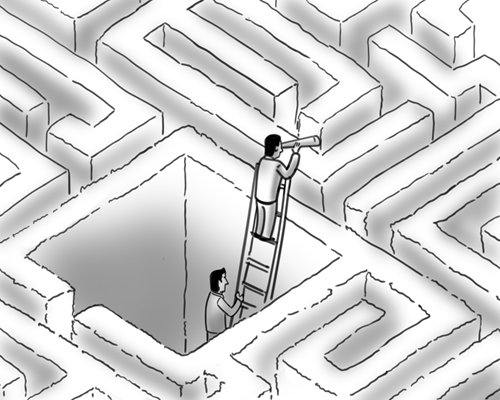 The world was stunned by the White House's announcement of an unprecedented summit between US President Donald Trump and North Korean leader Kim Jong-un by May. On the one hand, some senior US officials are hailing the meeting as a victory for US-led sanctions under the current administration's maximum pressure approach. On the other hand, Trump's critics are condemning his amateurishness and abruptness in making the decision. Regardless of applause or brickbats, it is undoubtedly believed that only Trump and Kim are now enjoying the spotlight. By contrast, the role of China in the peninsula crisis has been increasingly questioned by the West as that of a potentially irrelevant and marginalized major power due to perceived Chinese inaction and reluctance in using its leverage on North Korea. I agree that China has huge potential leverage on North Korea, but the effectiveness of this leverage depends on cooperation from the West and the US in particular rather than solely on China's unilateral efforts. The US assumption about China's leverage on North Korea is primarily based on the North's unilateral economic dependence on China. The logic follows that North Korea would abandon its nuclear and ballistic missile programs as long as China imposes sufficient sanctions. However, this linear and mechanical application of the linkage between economic advantage and security behavior is misleading. China's national interest is a threefold combination, namely the maintenance and enrichment of the nuclear proliferation treaty on a global governance level, establishing Northeast Asian security mechanism on the regional governance level and a sound relationship and traditional friendship with North Korea on the bilateral level. Should the US respect China's multiple interests and cooperate with China accordingly, the US would help China to achieve full impacts on all fronts.  On the global governance level, the US needs to show that the Treaty on the Non-Proliferation of Nuclear Weapons is not a framework exclusively for perpetuating the nuclear powers monopoly status. The treaty was a positive asset produced by the Soviet Union and the US during the Cold War after their dangerous global competition. In its following evolution, the treaty has added new elements for constraining nuclear states such as nuclear disarmament, nuclear free-zone treaties and others. If the US could equally emphasize the importance of preventing horizontal proliferation across borders and vertical proliferation in nuclear states, China would be more comfortable deploying its leverage. The recent US Nuclear Posture Review might not be a positive sign. On the regional governance level, the US needs to address North Korea security concerns by establishing a regional security framework rather than narrowly focusing on its abandonment of nuclear development. The North Korea nuclear crisis is both a serious security issue and a rare chance for all parties involved to innovate strategic thinking for a sensible solution. The more the US is willing to discuss the regional security framework, the better China's leverage. On the bilateral level, the US needs to understand that a working relationship with Pyongyang is an integral part of China's leverage on North Korea. Unlike the US, North Korea is China's immediate neighbor. In extreme scenarios, the US has a choice of leaving the region but China cannot escape the chaos. In recent years, China has been the only country holding regular high-level contacts with North Korea, which equips China with more knowledge and personnel resources in dealing with the North. By contrast, the Trump administration might be unprepared institutionally and intellectually to talk to Kim. Due to internal political reasons, the US is suffering from seemingly chronic vacancies in senior official posts at the State Department. The exodus of experienced diplomats is further exacerbating the situation. Seven of the top nine jobs at the department are empty. In the regional sections, assistant secretary of state for East Asia remains vacant. In terms of the Korean Peninsula, the recent departure of Joseph Yun means that the State Department will be suffering from a shortage of knowledge and negotiating expertise on North Korea. For securing a quality summit, Trump needs to carefully listen to other parties' ideas, primarily from China. A failed high-level meeting often makes the situation worse, as history has shown.The US bilateral alliance system has been proven insufficient to address the North Korea issue. China's role on the peninsula remains vital. The effectiveness of China's leverage on North Korea is not unidimensional but demands timely and sustained cooperation from the US. It is time for China and the US to think big and innovatively look for convergence.